In March 2014, the first diagnosed case of Zaire ebolavirus (EBOV) was reported in the West African nation of Guinea. In the following months, the disease spread to more densely populated areas and crossed the border into neighboring Sierra Leone and Liberia – quickly becoming the most widespread Ebola outbreak in history.

In an effort to understand how the virus is evolving and spreading, Broad institute member Pardis Sabeti and the members of her lab have been carrying out “genomic surveillance” of the Ebola virus during the ongoing outbreak. 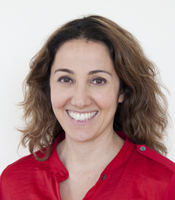 This “surveillance” – which includes the sequencing and analysis of Ebola genomes collected from patients – provides a better picture of the how the virus is changing, and may offer insights into field diagnostics, treatment, and prevention.

Launching a coordinated and effective response to this unprecedented outbreak demands International and multidisciplinary collaboration. As part of its commitment to aiding the global response effort, the Sabeti Lab works closely with researchers from the Broad Institute, Harvard University, University of Edinburgh, and Tulane University in collaboration with the Sierra Leone Ministry of Health and Sanitation.

The Sabeti Lab also maintains a long-standing partnership with Kenema Government Hospital (KGH) in Sierra Leone, and this relationship has provided a unique opportunity to observe and study the Ebola outbreak first-hand. Typically outbreaks have occurred in rural areas, far from established research centers. In this case, KGH is a well-established research facility and medical center, and their scientists and medical staff are able to work with Broad researchers to understand the clinical and scientific components of the disease.

The Sabeti lab releases all of its Ebola sequence data to the global scientific community as it is generated. Following the release of the first batch of Ebola sequences in June 2014, some of the world’s leading epidemic specialists contacted the lab, and are now actively working with the group’s data and as collaborators. This practice of releasing data independent of publication demonstrates the potential for rapid sequencing to provide timely insights for outbreak surveillance and control efforts, as well as diagnostic and therapeutic developments.