The Stanley Global Neuropsychiatric Genetics Initiative (Stanley Global), launched in 2014, seeks to diversify genetic sample collection outside of the United States and Northern Europe to include Asian, Latin American, and African populations, as well as important population isolates such as that in Finland.

Psychiatric disorders are prevalent in all regions of the world and contribute substantially to disease burden in low- and middle-income countries. Through the work of the Stanley Center and Psychiatric Genomics Consortium (PGC), the genetic architecture of key psychiatric disorders — including schizophrenia, bipolar disorder and autism — is finally being understood. Crucially, the Stanley Center and the PGC have produced fundamental knowledge about the genetic basis of psychiatric disorders along with the methods to extract such knowledge. However, for historical and pragmatic reasons (such as existing population registries), large-scale genetic studies to date have primarily used genomes with European ancestry. If this pattern were to continue, advances in genetics would be limited by non-representative samples, risking the possibility that therapeutic innovations might exclude large segments of the global population. Although the diversity of psychiatric genomic samples has increased, a recent review found that a large proportion of this growth was due to an increase in samples from east Asia and south Asia. As of 2016, “individuals of African and Latin American ancestry, Hispanic people (individuals descended from Spanish-speaking cultures in central or South America living in the United States) and native or indigenous peoples represented less than 4% of all samples analyzed” [Popejoy and Fullerton, 2016]. These populations are globally recognized as among the most vulnerable and medically underserved, even when residing within wealthy nations. 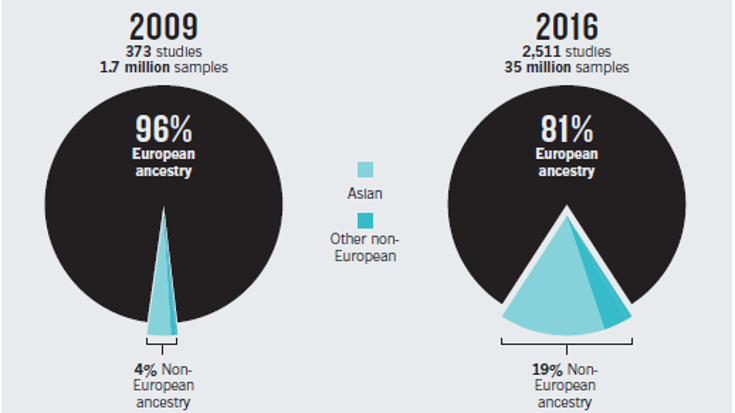 Click to view a breakdown of the proportion of non-European ancestry samples.1

In light of these opportunities and risks, the Stanley Global Initiative aims to:

Neuropsychiatric Genetics in African Populations (NeuroGAP), spearheaded by Karestan Koenen, is the Stanley Center’s program of research into the genetic factors contributing to schizophrenia, bipolar disorder, and autism in Africa. NeuroGAP is being conducted in four countries — Ethiopia, Kenya, South Africa and Uganda — with possibilities for further expansion.

The NeuroGap team also collaborates with the GINGER team to increase genetic research capacity within Kenya, South Africa and Uganda.

Under the leadership of Mark Daly, Ben Neale, and Hailiang Huang, there are three major collaboration efforts underway in Asia. The three projects are collaborations with Shanghai JiaoTong University in Shanghai, China; the First Affiliated Hospital of Xi’an JiaoTong University in Xi’an, China; and the Tokyo Metropolitan Institute of Medical Sciences in Tokyo, Japan.

Stanley Center researchers team up with our colleagues to study the genetics of schizophrenia and bipolar disorder in East Asian populations. To build relationships, foster deeper collaborations, and build global capacity, Stanley Center and the three collaborating institutions co-host an annual pan-Asia symposium with a dedicated education day in alternating cities in Asia.

Work in Latin America, overseen by Karestan Koenen, is building up from an existing collaboration with Mexico's National Institute of Psychiatry. Jointly with Director María Elena Medina-Mora and investigator Beatriz Camarena Medellin, the Neuromex project aims to collect blood and phenotypic data from 4,604 individuals with psychosis and 4,604 controls in Mexico City, Querétaro, Guanajuato, Campeche, and Jalisco. Samples will be genotyped for a GWAS to expand knowledge of neuropsychiatric genetics in admixed Mexican populations. 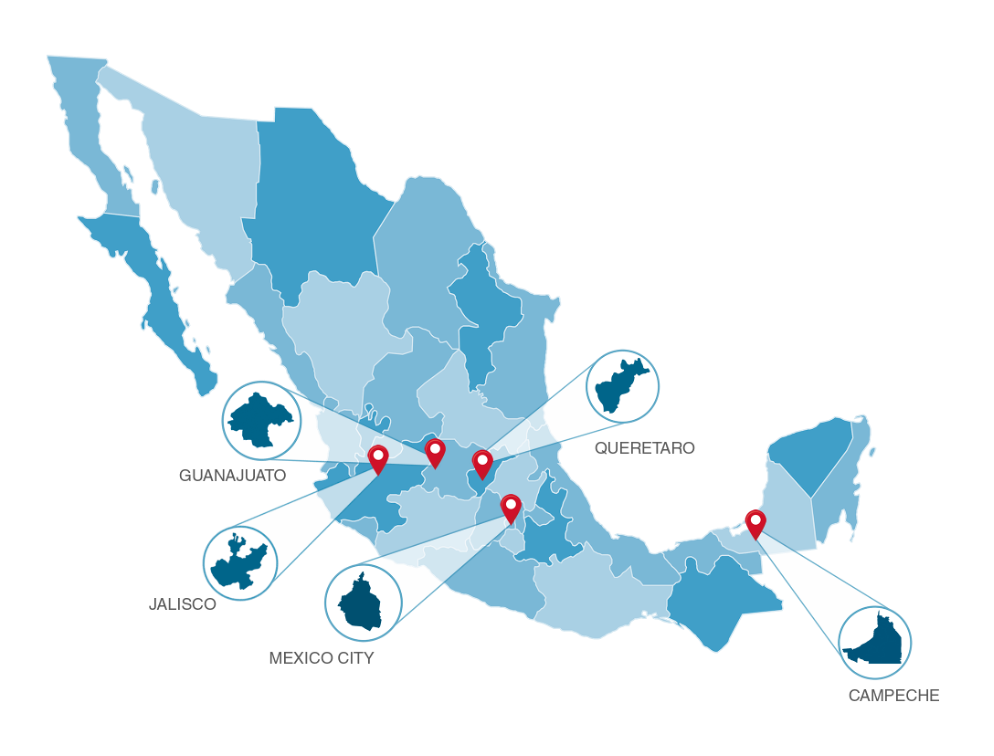 The Institute for Molecular Medicine Finland (FIMM), in collaboration with the National Institute for Health and Welfare (THL) and Finnish university hospitals, is leading the SUPER study. Aarno Palotie, who has research appointments at FIMM and as well as the Broad Institute, is the principal investigator of SUPER.

The collected research data is stored in the register of FIMM, and the blood samples will be sent to THL for extraction and storage. The genetic analysis and iPS cell derivation will be done at the Broad Institute under the direction of Mark Daly, Ben Neale, and Kevin Eggan.