Insulin-like growth factor-II (IGF2) is an insulin-related protein involved in growth and metabolism. Since previous studies in our laboratory have demonstrated that IGF2 plays an important role in carbohydrate metabolism in the fetus, we wanted to determine whether this was also true in the adult mouse.

Microarray experiments were performed in livers collected from three IGF2 wild type (IGF2+/+) and three IGF2 knockout (IGF2-/-) adult mice. We analyzed data using classical, single-gene analysis and gene set enrichment analysis (GSEA) in our microarray data. Results show that 27 genes were significantly differentially expressed in livers of IGF2-/- mice. The most significant of these was lipocalin 13 (LCN13), a gene that functions as an insulin sensitizer and a protector against hepatic steatosis. Livers of IGF2-/- mice had a five-fold decrease in LCN13 expression compared to those of IGF2+/+mice (P < 0.02). Quantitative RT-PCR shows an eight-fold decrease in LCN13 expression in IGF2-/- livers, confirming the microarray results. Histological data shows that IGF2 deficient livers contain high lipid concentrations, suggesting that the low LCN13 expression may lead to the liver steatosis in these mice.

To determine genetic pathways activated by hepatic IGF2 inactivation, we used GSEA. The most significantly enriched gene set was NO1 (Biocarta, FDR q-value < 0.05). This enriched gene set contained several genes involved in lipid metabolism, such as PRKAR1b, SLC7A and PD3A, suggesting that IGF2 deficiency is associated with hepatic alterations of the nitric oxide 1 pathway and lipid-related genes.

Together, these gene expression studies suggest that IGF2 may regulate hepatic lipid metabolism potentially by regulating genes such as LNC13 and other pathways involved in lipid homeostasis. This study provides new insights into the biology of IGF2 in the adult liver. 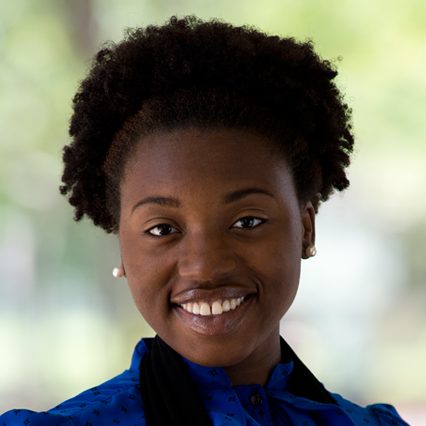 My research was based primarily at Boston Children’s Hospital, which is affiliated with the Broad. The partnerships between the Broad and so many leading institutions really open doors to endless possibilities in terms of doing research and fostering meaningful relationships. The Broad Institute truly brings out the best scientist that lies within you.