Talmo Pereira, a sophomore at the University of Maryland, Baltimore County, majoring in biochemistry and molecular biology, worked on elucidating the neurobiology of the axonal initial segment through different biochemical assays.

Bipolar disorder and schizophrenia are devastating psychiatric disorders of unknown etiology and pathophysiology that have significant heritable components. Through a collaboration between the Broad’s Stanley Center for Psychiatric Research and the International Schizophrenia Consortium, genome-wide association studies (GWAS) have identified ANK3 as a candidate risk gene for bipolar disorder and schizophrenia (Ferreira et al., 2008). The ANK3 gene encodes a neuronal protein, Ankyrin-G, which is localized to the axonal initial segment (AIS), a specialized region of neurons where action potentials are initiated.

Ankyrin-G is required for the recruitment and stability of ion channels and cell adhesion molecules at the AIS. Recent studies have suggested that AISs are more dynamic than previously appreciated. One such example is casein kinase 2 (CK2) phosphorylation of Ankyrin-G – this phosphorylation event appears to regulate clustering of sodium channels at the AIS (Bréchet et al., 2008). In addition, another regulatory kinase subunit in the CK2 pathway, the p85 subunit of phosphatidylinositol 3-kinase (PI3K), has been demonstrated to bind smaller isoforms of Ankyrin-G in non-neuronal cells (Ignatiuk et al., 2006).

Although these studies implicate CK2 in AIS formation (Sanchez-Ponce et al., 2011; Brachet et al., 2010; Bréchet et al., 2008), the mechanism by which CK2 and PI3K regulate AIS formation in neurons is not well understood. Using several biochemical approaches, we investigated functional interactions between PI3K, CK2, and Ankyrin-G in neuroblastoma cells and at the AIS in mouse neurons. By elucidating the biology of the AIS and these proteins we hope to identify novel regulatory and functional pathways and understand their potential relevance to the pathophysiology of psychiatric disease.

PROJECT: Investigating the Neuronal Biology of the Psychiatric Disease Risk Gene, ANK3, and the Role of Casein Kinase 2 and the p85 Subunit of Phosphotidyl-Inositol-3 Kinase in Ankyrin-G Regulation of Axonal Initial Segment Formation 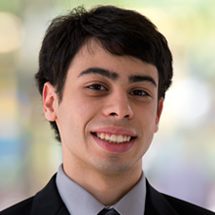 Being a part of the Broad Institute’s SRPG program was by far the single most enriching experience of my academic career so far, and one that already has proven critical to my foundation as a scientist. It has enabled to me to both witness and participate in world-class research, giving me much to aspire to.