Naomi Nkinsi is a junior at the University of Washington majoring in Public Health and Cellular Molecular Biology.

Lung cancer is the leading cause of cancer death in the US, accounting for more than 150,000 deaths annually. Targeted therapies such as gefitinib (ZD1839) and erlotinib (OSI-744) are effective in non-small cell lung cancers (NSCLC) harboring mutations in the EGFR receptor tyrosine kinase pathway; however, currently available targeted agents are inadequate as monotherapies as treatment for individuals with oncogenic mutations in the related ERBB2 pathway. We hypothesized that cancer cells harboring these mutations display a type of primary resistance in which oncogenic lesions respond to relevant inhibitors but additional driver events allow for continued proliferation.

Using data generated by the Cancer Target Discovery and Development (CTDD) project, we calculated the IC50s of cancer cell lines harboring ERBB2 mutations to relevant inhibitors, focusing our subsequent analysis on the FDA-approved irreversible inhibitor, afatinib (BIBW2992). We used a novel algorithm, REVEALER, developed at the Broad Institute by Dr. Pablo Tamayo, to identify genomic features that segregate with sensitivity and resistance to monotherapy with afatinib. We identified five pathways that are upregulated in the afatinib-resistant cells: Rho, PI3K/MTOR, Notch, Mek, and a series of anti-apoptotic proteins. Once the upregulated pathways were identified, we targeted these pathways with seven small molecule inhibitors, dactolisib (BEZ235), trametinib (GSK1120212), selumetinib (AZD6244), navitoclax, (ABT263), Cl-1040, Y-27632, and RO4929097 in a series of ERBB2 mutant cell lines and measured cell viability in response to treatment.

We identified the maximum non-cytotoxic dose of these inhibitors and initiated testing of the cell lines with combinations of afatinib and the other inhibitors to determine effects on cancer cell viability. Further analysis of which combination therapies are most effective against ERBB2 mutant cell lines may enhance our ability to treat these cancers. 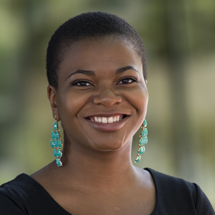 The Broad is unmatched in its commitment to the pursuit of scientific knowledge. The outstanding support from investigators, peers, and mentors alike served as continued encouragement throughout the course of my summer experience. The Broad is an environment in which exploration, curiosity, and persistence are not only encouraged, but expected. Students are taught that mistakes and failure are not an end result, but rather a part of the pathway to scientific discoveries. The SRPG program gave me the amazing opportunity to conduct cutting- edge research with significant impact in the clinical setting. The skills and relationships I gained over the course are sure to continue to serve me as I go forward with my education.