Mohammed Toure, a freshman at Harvard University concentrating in biomedical engineering, worked on the modulation of c-Myc-mediated transcription with small molecules.

The Myc oncoprotein is a transcription factor that, among other functions, regulates cell growth, cell proliferation, and cell cycle progression. Because of Myc’s implication in the development of many human cancers, inhibiting its functions has been suggested as an attractive therapeutic strategy within the chemical biology literature.

Previous studies have found that Myc carries out most of it functions by forming a heterodimer with Max protein, but more recent findings describe some Max-independent functions of Myc. To this end we are developing unbiased tools that will foster the study of Myc without necessarily involving Max. One of the major challenges remains the discovery of a compound that directly modulates the functions of Myc. Small molecules have been identified via a small-molecule microarray (SMM) screen to potentially bind the Myc protein and reasonably inhibit Myc-mediated transcription in a reporter gene assay.

Here my work focused on characterizing the modes of action of these compounds using cell-based assays with a PC12 cell line known to have a non-functional Max to gain more insight into the Max-independent functions of Myc. We concurrently studied the effect of one of the compounds on Myc protein stability in NAMALWA, a Burkitt’s lymphoma cell line with significant overexpression of Myc. We observed partial inhibition of cell growth in PC12 cells treated with one of our compounds. Furthermore, we detected significant c-Myc degradation after 24 hours of compound treatment of NAMALWA. 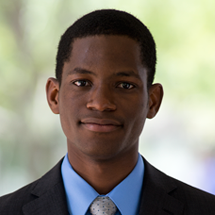 Every day I spent at the Broad I was inspired by the amazing people and sense of community. My experience here has equipped me with a set of the tools that will help me grow both academically and personally. My experience in the lab was enriched by the many other components of the SRPG program, especially scientific communication, and by the many opportunities to interact with rock stars in the world of genomics and biomedicine.