Leah Escalante, a senior at the University of Wisconsin-Madison majoring in biochemistry, studied the interplay of DNA methylation and chromatin machinery during early embryogenesis.

The dynamic shaping and modifying of chromatin plays a substantial role in gene regulation. It is achieved through several mechanisms, including regulation of histone modifications (HMs) and DNA methylation (DNAme). HMs specifically are set, removed, and bound by enzyme complexes, termed chromatin regulators (CRs). Chromatin regulation is the interplay of these components and remains poorly understood during early development.

We focused on the regulation of chromatin machinery within cells of early embryos, which are mostly depleted of DNAme. ESCs, the current model for early development, may not accurately recapitulate the chromatin structure found in vivo during early development, due to its higher level of DNAme. We used Dnmt Triple Knockout (TKO) mESCs, a cell line with global DNA hypomethylation, to study in detail the relationship between DNAme, HMs, and chromatin machinery.

According to ChIP-seq, TKO mESCs exhibit a unique epigenomic organization of H3K27me3; this HM appears to “spread” across the genome, as opposed to the peaked structure typically observed in mESCs. We detected higher levels of Polycomb group (PcG) components, the CRs that set H3K27me3, in TKO mESCs, and with further ChIP-seq observed a concomitant spreading of PcG components in a manner similar to H3K27me3. Additionally, when we induced differentiation in TKO mESCs, we observed phenotypic and molecular inabilities to produce the three germ layers, which seem to be related to the aberrant chromatin structure in the TKO cells. 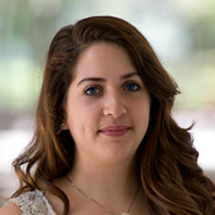 Among so many successful research institutions, what makes the Broad Institute unique is its exceptional community. The spirit of collaboration is remarkable and, as a result, you are not simply another pair of hands as a summer student. Your ideas and input are encouraged and truly valued.