Kyle Nakatsuka, a sophomore at Southern Methodist University with a combined major in biology, chemistry, anthropology, and Spanish, investigated linking kinase inhibition to the TMPRSS2-ERG pathway found in prostate cancer.

Despite the wide characterization of the transcription factors associated with cancers, few therapies have been developed to target these “undruggable targets” because of their characteristic lack of active sites. The TMPRSS2-ERG translocation is an attractive candidate for therapeutic intervention because the translocation of the androgen-sensitive regulatory element of TMPRSS2 upstream of the ETS-family transcription factor ERG results in the over-expression of the TMPRSS2-ERG fusion product, leading to increased proliferation, invasion, and survival of prostate tumor cells.

Our research investigated a number of drugs targeting several dozen kinases, identified by a high-throughput shRNA knockdown screen, whose mRNA expression signatures upon knockdown matched ERG knockdown mRNA expression signatures. If an identified kinase plays an essential role in TMPRSS2-ERG prostate cancer development, then its drug-induced inhibition will manifest itself in cancer cell viability and expression at the transcriptional and/or translational level. 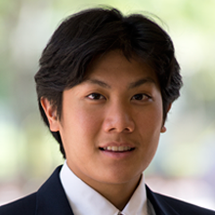 At no other place than the Broad Institute can one expect to see such an exciting gathering of brilliant minds joined in a single purpose. The incredible discussions that take place in the Cancer Program meetings, and around the Broad generally, remind me of all my aspirations for scientific research.