Brittany Mayweather, a senior at the University of Pennsylvania majoring in the biological basis of behavior, behaviorally and biochemically characterized a HDAC3-specific inhibitor with implications for PTSD treatment in a pre-clinical model of extinction memory formation.

Over half of patients suffering from post-traumatic stress disorder (PTSD) do not respond adequately to treatment. PTSD is characterized by recurrent, intrusive memories of a traumatic experience. Cognitive-focused interventions for PTSD include exposure therapy, which relies on the principles of extinction to decrease negative emotional responses to various stimuli. Given the strong link to learning-related phenomena in PTSD, is it possible to enhance memory for extinction as a strategy to treat PTSD?

DNA is tightly packed around core proteins known as histones. Modifications to histones, including acetylation, dynamically regulate the activation of genes. Histone acetylation tends to increase the activity of specific genes, while deacetylation tends to decrease such activity. Previous studies have linked changes in histone acetylation to the formation of long-term memories, presumably via increased expression of learning-related genes. Histone deacetylase inhibitors (HDACi) function to increase acetylation and gene expression and have been shown to facilitate several forms of long-term memory formation. HDAC3 is the most highly expressed HDAC isoform in the brain. The current study addressed whether a HDAC3 specific inhibitor (BRD3308) will enhance extinction memory formation by increasing acetylation levels in the hippocampus at H3K9, a site relevant for long-term memory. We utilized a mouse model of extinction to behaviorally characterize BRD3308 using a three-day fear-conditioning paradigm. BRD3308 significantly improved extinction memory formation for mice treated with our HDAC3-inhibitor. Next, we examined the biochemical marker H3K9 within the hippocampus and found a trend of increased acetylation.

In this preclinical model of extinction memory, our results suggest BRD3308 holds promise as a therapeutic that could improve the effectiveness of exposure therapy. Understanding the function of specific HDAC isoforms in models of extinction learning may enable the development of increasingly specific HDAC inhibitors for the treatment of PTSD and other cognitive disorders.

PROJECT: Behavioral and biochemical characterization of a class I HDAC inhibitor with implications for PTSD treatment 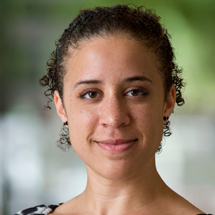 Working at the Broad, where collaboration across disciplines is encouraged and there is a strong sense of community between departments, I truly learned what it means to conduct high-level interdisciplinary research. My summer experience has enriched my perception of scientific research and also provided examples of what I aspire to achieve in my career. Ultimately, the SRPG program provided the unique chance to work with passionate, encouraging mentors in an environment rich with opportunities to meet scientists at the forefront of their fields. It is an experience I will always value.