In the treatment of advanced cancers, it is difficult to predict the response of a patient’s tumor to a particular therapeutic agent. Robust predictive models could aid in predicting a patient’s response to a particular drug, and could help clinicians avoid prescribing ineffective treatments that may result in unwanted side effects. Tumor-derived cell lines can serve as useful tools in creating predictive models that can contribute to the discovery and development of effective cancer treatments. However, researchers only recently began investigating large cell line panels that contain a vast degree of genomic heterogeneity.

In this study, we compared cell viability data (625 drugs screened across 102 cell lines) to genomic features from the Cancer Cell Line Encyclopedia (CCLE) — gene expression, copy number, and mutation. We combined data for cell lines common to both sets (cell viability and genomic features) and input this information into a novel algorithm that creates predictive models for cancer cell line drug sensitivity based on their genomic features. Using these models, we predicted viabilities for many other CCLE cell lines for each compound. In addition, we analyzed predictive models created by using the most and least sensitive cell lines (the “extremes”). The algorithm identified multiple predictive features for each compound, and the “extremes” method tended to improve the model’s goodness of fit. A wet lab validation experiment was performed using a compound of interest to determine if the predictions created by the model were correct. It was observed that the chosen cell lines predicted to be insensitive to the drug were insensitive and two of the four cell lines predicted to be sensitive to the drug were sensitive.

Developing an accurate predictive preclinical model would eventually enable more specific, personalized treatments for various forms of cancer and would be a beneficial tool for both clinicians and patients. 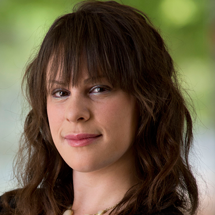 The Broad’s environment nurtures scientific learning and exploration through mentorship, research, and discussion. My experiences this summer enabled me to effectively communicate scientific concepts to a broad audience and to collaborate with a diverse group of scientists and engineers. Throughout the summer, my Broad experience has enriched my knowledge of the methods and implications of genomic research.