Alfonso Boza, a senior at Florida International University majoring in computer science, researched genetic markers that may be indicative of schizophrenia by characterizing previously under-examined sources of variation within repetitive regions of the human genome.*

Schizophrenia is a complex and debilitating mental disorder for which the genetic causes remain largely unknown. The disease affects approximately 1.1% of the population over the age of 18; roughly 2.2 million people are believed to be suffering from schizophrenia in the United States alone.

My research investigated two forms of genetic variation within the human genome in order to identify biological markers indicative of schizophrenia. Microsatellites, known for their high mutation rates, have remained unexplored for association with schizophrenia. My research examined microsatellite sequences of 2-6 base pairs in the exome dataset of over 1,000 trios to detect de novo mutations: genetic variations in children with schizophrenia that are absent in the DNA of either unaffected parent. Given the nature of de novo mutations in sequence information, a pipeline was developed to select candidate variations by evaluating biological indicators such as Mendelian inconsistency. The filtering methodology removed a substantial amount of false positives, simplifying the identification of de novo mutations. Previously, other studies have identified a protein domain of unknown function, DUF1220, as a contributing factor to neurological development. Some DUF1220 sequences are located at the 1q21.1 locus, where copy-number variants have been associated with psychiatric disease. Our research examined the 1q21.1 region for a correlation between the frequency of DUF1220 copy number and the schizophrenia phenotype. A nominally significant Pearson’s correlation was determined between DUF1220 coverage and schizophrenia in males.

By studying a class of previously under-examined sources of genetic variation within repetitive regions of the genome, we investigated novel markers for association with schizophrenia, which may yield additional insights into the etiology of this complex disorder.

PROJECT: Characterizing variants within repetitive regions of the genome: New insights into signatures of schizophrenia. 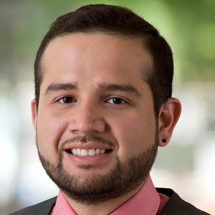 One thing I’ve learned this summer is the importance of feedback. Feedback is essential for effective teamwork, and I believe the multidisciplinary and collaborative research conducted at the Broad is unmatched because of it. Through feedback between my mentors and peers, I sharpened my communication, analytical, and, most importantly, research skills this summer. I feel I have grown tremendously – personally and as a scientist – as a result of my participation in the Summer Research Program in Genomics at the Broad Institute. The relationships I formed this summer are ones I intend to maintain for the rest of my life.