Alexandra M. de Paz, a senior at the University of Florida majoring in interdisciplinary biomolecular engineering, worked on mapping the DISC1/GSK3β interaction to develop novel chemical probes for GSK3β inhibition as a potential treatment for schizophrenia.

Schizophrenia is a severe brain illness that affects approximately 1% of the world population; however, little is known about the etiology and pathophysiology underlying the disease. While understanding the full genetic etiology remains an active area of investigation, several independent studies have implicated the Disrupted In Schizophrenia 1 (DISC1) gene as an important risk factor. Glycogen synthase kinase 3β (GSK3β), a central player in Wnt signaling, has also been implicated as a causal mediator in the disease mechanism. DISC1 was recently shown to directly inhibit GSK3β in a manner similar to the widely used mood-stabilizer lithium, causing a decrease in phosphorylation of β-catenin and consequent regulatory effects on the canonical Wnt signaling pathway. Despite this finding, the inhibitory role of DISC1 with GSK3β remains poorly understood with respect to specific binding domains involved in the interaction.

Current probes that exist for GSK3β inhibition have proven unsatisfactory in pharmacokinetic and dynamic studies in advancement toward drug development, ushering a critical need for the discovery of novel modes of GSK3β inhibition. A potential avenue for developing novel GSK3β inhibitors is to understand the molecular nature of the interaction of DISC1 and GSK3β. 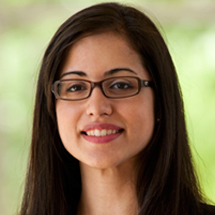 The Broad Institute is a place where, after nine weeks of immersing myself, I can say that it’s a prerequisite to revel in a particularly good challenge – and I wouldn’t have it any other way.