Alejandro "Alex" Palma, a sophomore at MIT, evaluated a new approach to detecting selection in the human genome.

Through natural selection, genetic variation in regions of the genome may behave differently from what is expected under neutral evolution. In one example, called a "selective sweep", a single genetic variant rapidly rises in frequency, driving out all other nearby variation. With new data from the International Haplotype Map Project, scientists can now take a global, systematic approach using the entire genome to identify candidates of natural selection, including regions that have undergone a selective sweep. Alejandro "Alex" Palma and his colleagues at Broad applied these data in evaluating methods of genome-wide analysis for selection events.

When a selective sweep occurs it leaves four major signals that vary in degree, depending on factors such as demographics, age of original mutation, and the selective advantage strength. These signals include disparity between haplotype length and expected age, unusually high frequency for derived alleles, excess of rare alleles, and large differences among populations in allele frequencies. Through extensive simulation, Alex and his colleagues determined the power of each of these in several models of selection. For example, with the haplotype-length approach, the power is great but limited to detecting selection within the last 10,000 years. This is still a useful tool since the power of the test corresponds to one of the most interesting times of human evolution—the start of the Neolithic agriculture revolution—and, as a result, a rise in disease.

In total, the researchers identified 31 strong candidates for selection. Alex also played a major role in resequencing and genotyping these candidates to find functional variants. The identification of novel selected regions in the human genome should point to biologically advantageous mutations, which may hold great medical implications.

PROJECT: Detecting Selection in the Human Genome: A New Approach 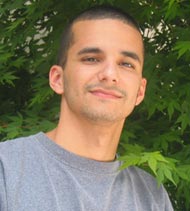 In my research this summer I ran several simulations to calculate the power of our Long Range Haplotype (LRH) based method. Of notable interest was the disparity of power to detect selection between populations for a variety of parameters. I found this assertion to be exceptionally rewarding because it was the first time I found a trend experimentally that I wasn't expecting, but was then able to justify it with historical knowledge of the different populations.