Structural variation and disease in the human genome, with Steve McCarroll 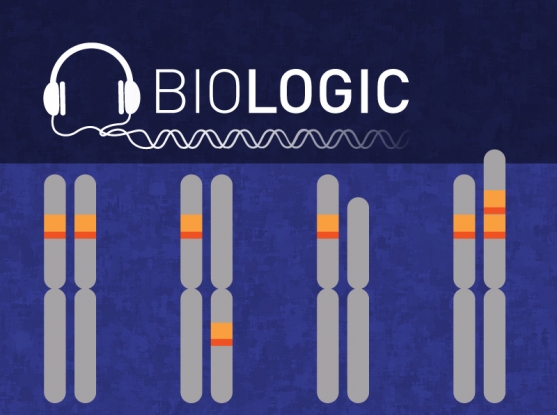 Credit : Susanna M. Hamilton, Broad Communications
By Karen Zusi-Tran
Steve McCarroll, an institute member at the Broad Institute, director of genetics for the Stanley Center for Psychiatric Genetics, and an associate professor at Harvard Medical School, takes us beyond single base-pair deletions and misspellings to explore variations in the human genome on a structural level. With the analytical tools available today to examine huge lengths of DNA, McCarroll and others are linking these structural differences to human health and our risk of developing diseases such as schizophrenia and cancer.

NARRATOR
Hi. I’m Lisa Girard, director of scientific communications at the Broad Institute, and this is BioLogic, the logic behind the science: conversations with Broad researchers exploring what they do and why they do it. In this episode, we’re exploring how the human genome varies in complex, structural ways that affect our health.

Beyond the more familiar single base-pair insertions, deletions, or misspellings, huge chunks of our DNA can also be copied, deleted, flipped, or moved somewhere else in the genome. We’re learning that studying these large-scale changes can actually help us understand diseases such as cancer and schizophrenia. Scientists are developing new tools to help pinpoint these kinds of mutations and identify their effects. 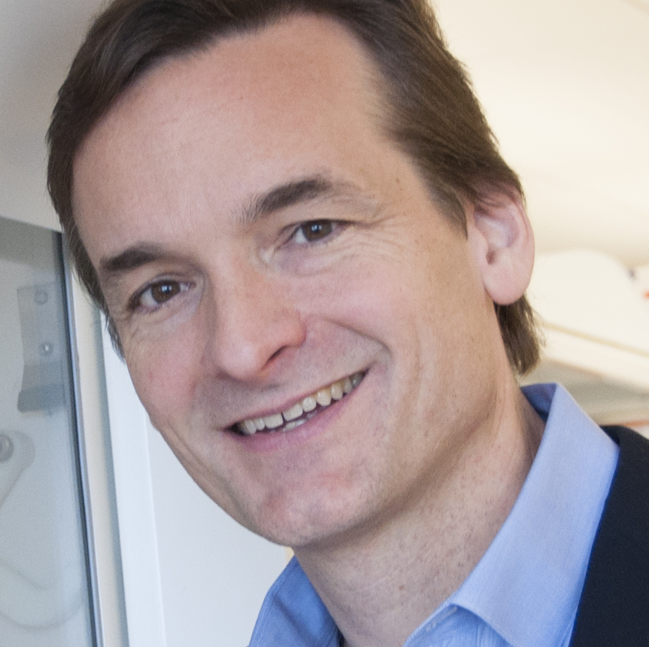 Steve McCarroll, an institute member at the Broad Institute, director of genetics for the Stanley Center for Psychiatric Genetics, and an associate professor at Harvard Medical School, has been studying structural variation in neurobiology, and his lab has uncovered some really interesting things. I’ll let Steve tell you more.

MCCARROLL
Today, much of genome variation is a known entity, and there are really good maps that scientists go to every day that tell us where all the genes are and what the variable letters in the human genome are. We’ve recently found thousands of places in the human genome in which there are more complex forms of genome variation that are not on these maps, because different people have differences that are not just a single-letter misspelling or a small insertion or deletion, but are actually real reorganization of the genetic material in that part of their genome — so that it’s present in different combinations of different numbers of copies. And someone may have many copies of the same gene but they’re actually not the same; they have subtle differences that cause them to have different biological activities.

And this is a kind of variation that we’re really just beginning to wrap our heads around, that we’ve only in the last couple of years developed the tools to be able to see and measure in each person’s genome.

NARRATOR
Steve and his colleagues have been able to zoom out their maps of the genome to pick up on these landscape-level changes. And they’ve already turned up early signs that structural variation will be important to human health.

MCCARROLL
A lot of our genetic studies of neuropsychiatric illnesses, such as schizophrenia and bipolar disorder and autism, are really pointing toward the idea that it’s the regulation of these genes that’s varying from person to person in ways that shape our vulnerability to illness. And so, if we can understand how the genome is shaping how each gene is regulated in each cell type, we’re hoping to really get to the bottom of these questions of “How do our genes shape our risk of illness? And indeed, what are the cellular events that underlie an illness?”

So for example, we found that one of these parts of the genome that has the complement component four gene underlies the largest inherited influence on risk of schizophrenia. And we found that this C4 gene comes in many different structural forms in different people. And that depending on what combination of these forms you inherit from your parents, you can either have a lot of C4 expression in your brain, or a little bit, or any level in between — and that the more expression you have, the stronger your risk for schizophrenia. And so, as we figure out these more complex forms of genome variation, they’re really also helping us to understand how the genome shapes risk of disease.

Another student in the lab found another complex form of variation that shapes blood cholesterol levels. And in fact, she found that there’s a part of a gene called — it’s the haptoglobin gene, actually, it encodes one of the most abundant proteins in our blood — where parts of that gene keep getting deleted in different people. We usually think that would be a bad thing, to have part of a gene deleted so that you only get kind of part of the protein and it’s missing one of its domains, but actually she found that these deletions protect us from high cholesterol.

NARRATOR
Like many scientists, Steve took a winding path to end up where he is now — from a passion for math to a C. elegans lab to human psychiatric genetics. I asked him to tell us a little bit about how he got here from there.

MCCARROLL
When I was in college, I was most excited about mathematics, and I studied really mathematical areas of science like physics and economics. And it was really only around the end of college that my college roommate got me excited about biology. I hadn’t taken any biology or chemistry courses in college. And he exposed me to molecular biology for the first time and I was completely captivated.

So when I was working in a C. elegans lab in graduate school (it was actually Cori Bargmann’s lab when it was at UC San Francisco), those were not only my first adventures in worm genetics, but they were my first adventures in genetics — and in fact my first adventures in biology. And so I learned just an enormous amount during that time in my training, from Cori and from my colleagues in the lab and from reading papers and taking classes. It was a really exciting time. And yet at the end of it I still hadn’t found, like, the kind of science that I wanted to do for my whole life.

And then I came out here to Boston to start a postdoc in human genetics with David Altshuler. And I remember, even after my first week, just feeling like I had finally found my calling in life, like the thing that I really felt called to do. I just, I loved the questions in human genetics, I loved how you can see the effects of human genetic variation all around you in any room full of people. And I loved studying natural variation — variation not that we create in the lab, but that’s actually part of the reservoir of genetic diversity that exists all around us. I think that it’s endlessly fascinating and would be an exciting thing to study no matter what. But it doubles the excitement that studying it can also teach us about how disease works, and lead us to new ways of thinking about how to treat disease.

For the Broad, I’m Lisa Girard. Thanks for listening. 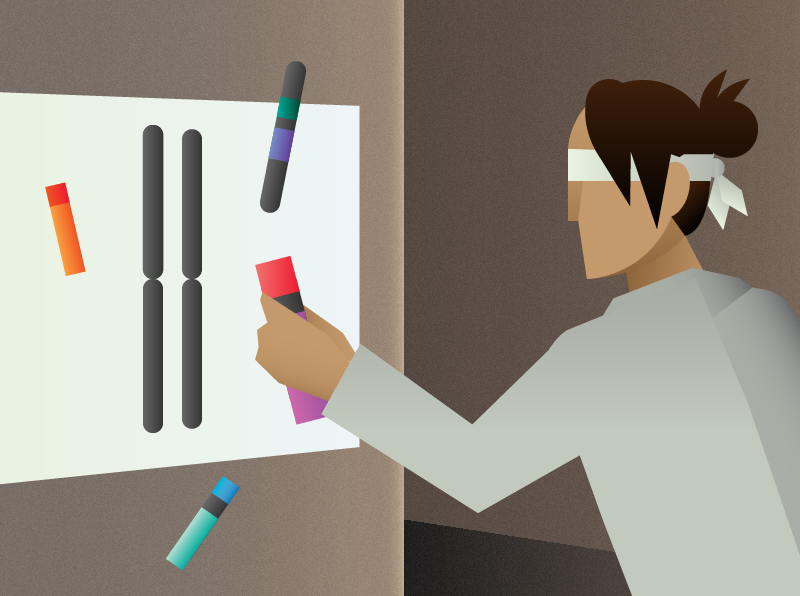 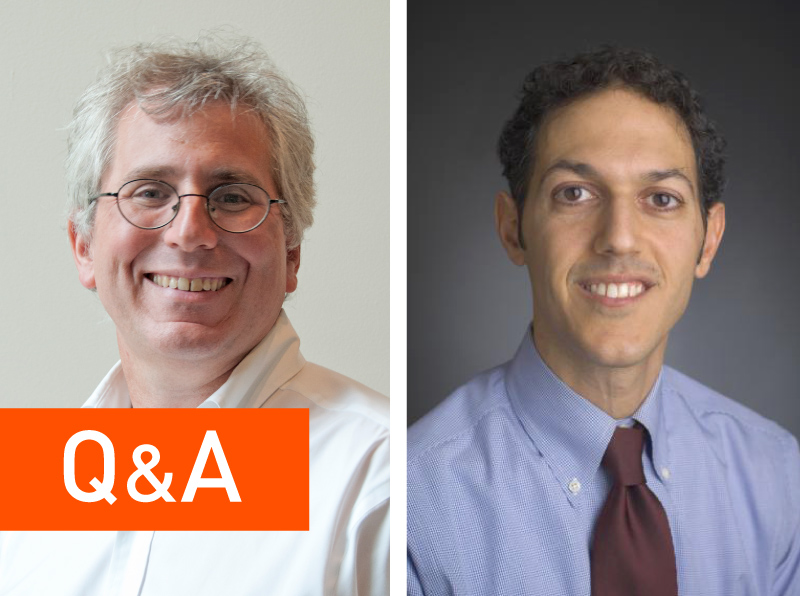