This project introduces an improved metric to detect evidence of recent common ancestry among Plasmodium parasite strains, using genotyping data from a panel of single nucleotide polymorphisms (SNPs). Using the SNP minor allele frequencies (MAF), and assumed independence of samples and SNPs, we can differentiate sample sets that exhibit strains with a very high degree of similarity by chance versus sample sets with strains that exhibit similarity due to recent common ancestry. Using bootstrapping to resample summary statistics from pairwise comparisons of in silico-simulated barcodes, we explored the sensitivity of this approach, and then investigated common ancestry in genetic data from a collection of P. falciparum samples from Senegal.

This project has yielded a useful tool for detecting signals of critical reductions in disease transmission in malaria-endemic regions through detecting reductions in the diversity of the parasite population. We will translate this project into an application to help scientists in malaria-endemic regions detect recent common ancestry among parasites in their SNP barcode datasets. 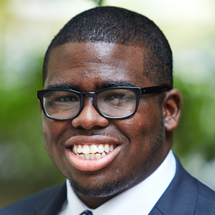 When I came to the Broad, I was taking a chance; as a math major, I wanted to conduct research in a new field I knew absolutely nothing about. I walked in the doors ready to learn new science, but I gained so much more. Through faculty breakfast sessions, conversations with my mentor, and interactions with my cohort, I learned that understanding why you do the science is just as important as actually doing it.