Cigall Kadoch and her group have studied a DNA-regulating complex called BAF and uncovered several new links to cancer and other diseases.

Every time Cigall Kadoch walks into her office at the Dana-Farber Cancer Institute, she’s inspired by a poster of her hometown orchestra, the San Francisco Symphony. The range of musicians and instruments that together create harmonious sounds reminds her everyday how a lab needs people with various skill sets to gain new insights that can lead to transformational discoveries—a philosophy that has served her well.

A recent example is Kadoch and her colleagues’ 2020 paper detailing a 3D structure of a protein complex called BAF. The complex is essential in regulating gene activity, because it remodels the architecture of the tightly wound DNA in the cell to allow only specific genes to be expressed at any given time. BAF is also mutated in more than 20 percent of cancers, as well as in several intellectual disability and autism spectrum disorders. Published in Cell, this structure is the first one of the BAF complex purified directly from human cells in its native state—a challenging feat that had so far hindered researchers’ understanding of how these complexes operate in humans, and how they contribute to disease.

Kadoch, who is also an institute member at the Broad Institute of MIT and Harvard and co-director of the Broad’s Epigenomics program, and her team have already used this structure to map numerous cancer-associated mutations to specific locations within BAF. They have found that these mutations cluster at key structural interfaces of the complex, often weakening its chromatin-remodeling activities. Knowing what goes awry in BAF’s structure and function in disease sets researchers on a path toward developing new therapeutics.

But this study has a story. “This effort took us five years, and just as much as the end result is important, it is the process that taught us how to think about BAF complex biology. My lab’s papers, all of them, at some level, grew out of our goal to achieve a biochemical and structural understanding,” noted Kadoch. “It’s the journey that mattered.”

Breast cancer was Kadoch’s first exposure to death and loss. As a child, she saw her beloved nanny succumb to the disease in a matter of months, and she struggled with many questions. How could a disease progress so rapidly and aggressively? Why do some people recover from cancer, while others don’t?

As a high school student, she spent a summer in her uncle’s radiation oncology clinic in Boston, observing him treat patients, reading biochemistry and oncology textbooks at his office, and even coauthoring a paper on a case of prostate cancer.

She planned to go to medical school, but during her undergraduate years at University of California, Berkeley, she began studying brain tumors in a lab—and was soon hooked onto research. She switched gears and decided to pursue a Ph.D. in cancer biology at Stanford University, where, in 2010 she joined the lab of renowned biologist Gerald Crabtree.

While Kadoch was determined to pursue cancer research, Crabtree’s group at the time studied the role of chromatin—the collection of DNA and proteins that helps to pack and organize genetic material in the cell—in vertebrate development and stem cells. Kadoch became fascinated with chromatin and saw an opportunity. “I thought that something so critical to the development of virtually every tissue type—that's exactly the kind of process that often goes wrong in cancer,” said Kadoch.

She was particularly interested in a family of mammalian chromatin-remodeling complexes—the BAF complexes—that the Crabtree lab was studying. These large complexes exist in three distinct configurations (a key discovery from the Kadoch lab), with up to 15 subunits each. But at the time, not much was known about these complexes. Nor did cancer researchers consider them to be all that exciting. In 2013, Kadoch changed this. She showed that mutations in BAF can turn on cellular programs that support cancer development.

In one study in 2013, she showed how a particular mutation in a BAF subunit hijacks the BAF remodeling machine and leads to a rare, hard-to-treat cancer called synovial sarcoma, whose cause had been unknown. In a second paper, she reported that BAF is mutated in 20 percent of all cancers. “This was stunning to us,” said Kadoch.

On a cold winter day in 2014, Kadoch, fresh out of grad school, moved across the country to take her new appointment as an assistant professor in pediatric oncology at the Dana-Farber Cancer Institute and Harvard Medical School—making her, at age 27, one of the youngest faculty ever appointed at these institutes. While Kadoch was excited to start her new position, she had never held a leadership position before and had only been a graduate student for less than three years. Many suggested she gain postdoctoral experience first, but Kadoch forged ahead anyway. “I thought if I’m going to fail, so be it; I’ll fail doing what I am most passionate about and what I feel needs to be done right now to advance this field,” said Kadoch. “I also believed that I could rise to the occasion and do this.”

My central goal has been to understand disease deeply and
to impact new therapies and treatments.
Cigall Kadoch

Kadoch and her team became energized by the flurry of genetic studies implicating BAF complexes in a large number of human cancers and other diseases. The team realized that to advance the field, they would need to first step back and better understand BAF biology in both health and disease. They set out to answer some central questions that have driven the team and the field at large. How are BAF complexes assembled in the cell? What is the structure of a fully assembled human BAF complex? How do mutations dysregulate BAF’s structure and activity in cancer and other diseases? And what are the therapeutic opportunities accompanying such discoveries?

To tackle the first question, Kadoch and her lab systematically deleted different BAF subunits and examined how the remaining ones assembled. This took years and required an arsenal of techniques, including cross-linking mass spectrometry, which visualizes protein-protein interactions. In 2018, the team, led by postdoctoral researcher Nazar Mashtalir, published in Cell the step-by-step process of assembly and the modular organization for all three configurations of human BAF complexes.

Each time the Kadoch lab probed a BAF subunit, they uncovered a wealth of data on how mutations in a subunit could lead to disease. The team delved deeper into the disease mechanisms behind these mutations. “We had to do something comprehensive and so human and disease genetics became our compass,” said Kadoch. “Human genetics tells us where to go as researchers; it tells us where things have gone wrong so that we can learn about normal functions.” 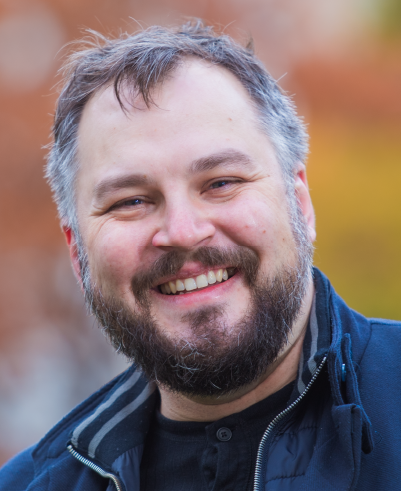 Kadoch and her team pored over available human genetics data, focusing on disease mechanisms that appeared to have one major cause—BAF complex abnormalities. They gleaned new mechanistic insights, such as how the loss of a specific subunit destabilizes BAF complexes on chromatin, leading to malignant rhabdoid tumors. They also learned how in some patients with Coffin-Siris syndrome, an intellectual disability disorder, mutations in a core BAF subunit disrupt the complex’s ability to bind and remodel chromatin. The lab continued to investigate the mechanism of synovial sarcoma to determine how BAF is misdirected to wrong spots on the genome, where it causes problematic gene expression that leads to the disease.

Along the way, Kadoch collaborated with several research groups, such as Broad’s Project Achilles, which mapped genetic vulnerabilities in cancer and has since evolved into the Cancer Dependency Map project. That collaboration has shed light on how BAF is involved in many cancers, such as prostate cancer. “Cigall has been a driving force in understanding BAF biology,” said Broad institute member William Hahn, who is also a medical oncologist and chief operating officer of the Dana-Farber Cancer Institute. “It has been exciting to work with her and her lab in prostate cancer and more generally to understand the role of BAF in these cancers.”

Each study taught Kadoch and her lab new skills and tools. They designed new experimental approaches, interrogated more disease mechanisms, and generated novel reagents and computational strategies to comprehensively probe BAF proteins. Each step brought them closer to one of their most challenging goals—a structural model of BAF complexes in humans. The team needed to first decipher the biochemical nuances of each BAF subunit, and the order in which they are assembled, to be able to purify fully assembled human BAF complexes.

Kadoch had been working toward the structure for years with Thomas Walz, a leading structural biologist at Rockefeller University. While Kadoch’s lab purified the large and unwieldy human BAF complexes, Walz’s team used cryo-electron microscopy—a technique that creates high-resolution models of molecules in their native environment—to determine their structures. But this approach alone was not powerful enough, and the researchers had to couple it with two other techniques, cross-linking mass spectrometry and homology remodeling, to clarify the structural connectivity between BAF’s different subunits.

The endeavor was ambitious. When Kadoch had first discussed this project with Walz, he had all but given up on working with chromatin-remodeling complexes because they are so difficult to deal with. But Kadoch convinced him otherwise for BAF. "This was a long, complicated study, and Cigall was seemingly undaunted by the challenges throughout," said Walz.

In the 2020 BAF structure paper, Kadoch, Mashtalir, and their colleagues showed that BAF is made up of three modules, which form a ‘C’ shape that grips chromatin structures. They also identified ‘hot spots’ of cancer-causing mutations on BAF and showed how they can disrupt normal chromatin regulation by BAF complexes. These findings can not only inform new therapeutic opportunities but also enable researchers to mechanistically classify tumors by mutation type for the first time.

Through the years, Kadoch has not lost sight of her original mission—to make a difference in the lives of cancer patients. As her lab discovered more disease mechanisms involving BAF, she founded a biotech company, Foghorn Therapeutics, with the support of Flagship Pioneering, to develop therapies for cancer and other diseases influenced by changes in chromatin.

“Our basic science lab studies disease mechanisms that can inform therapeutic strategies, and we had begun to amass quite a few of those,” said Kadoch. “I wanted to start an entity that could be dedicated to this area of biology and actually take this forward toward effective small-molecule-based drugs.”

Foghorn, which set up shop in 2016, is now working on several new therapeutic candidates, many of which originated from discoveries made by the Kadoch lab. For instance, a Nature Cell Biology paper from the lab describes how depleting a specific BAF subunit can disrupt the mechanisms driving BAF-perturbed cancers, such as synovial sarcoma and malignant rhabdoid tumors. Foghorn is now using these insights to develop a potential drug development candidate for these and other diseases.

Kadoch’s lab is continuing to learn how BAF behaves, including how the complexes target specific chromatin areas and avoid others, and whether there are ways to genetically and chemically change BAF’s placement on chromatin.

“My central goal has been to understand disease deeply and to impact new therapies and treatments,” said Kadoch. “How do molecular machines, such as BAF, inside the cell’s nucleus work, and how are they co-opted in disease? This, to me, is endlessly puzzling and fascinating. It makes me excited to get up and go to work every day.”