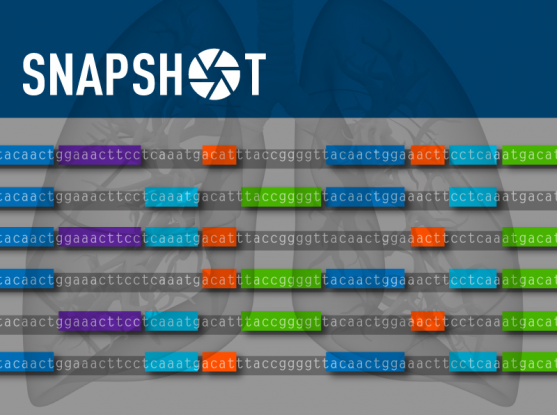 A team of scientists at the Broad Institute of MIT and Harvard has discovered a new and unexpected pattern of mutation in cancer, occurring in genes that are critical to the function of certain cells and therefore help define those cells’ identities and developmental histories, or lineages. After analyzing the genomes of hundreds of samples of lung cancer and other cancer types, the researchers uncovered non-coding mutations (those occurring outside the protein-coding portions of the genome) in genes for secreted proteins that are made by the tumor’s originating cells.

Before now, secretory protein genes were not suspected to play a role in cancer, so the discovery of these mutations in several cancer types is surprising. The alteration of genes so important to cellular lineage could represent a wholly new mutational process.

The work has potential clinical impact, as well. Genes that encode secreted proteins are very active in healthy cells of specialized tissues, so mutations in those genes could hold diagnostic potential, shedding light on the cellular origins of tumors that are difficult to classify in the clinic.

Appearing in the January 12 issue of Cell, the study was led by senior author and Broad institute member Matthew Meyerson, also professor of pathology at Dana-Farber Cancer Institute (DFCI) and Harvard Medical School and director of the Center for Cancer Genome Discovery at DFCI, and first author Marcin Imielinski, now an assistant professor at Weill Cornell School of Medicine and core member of the New York Genome Center.

The researchers computationally analyzed existing, publicly available data on the whole genome sequences (both protein-coding and non-coding DNA) from tumor and normal tissue samples taken from 79 lung adenocarcinoma patients. The data were then integrated with additional sequences from the TCGA, GTEx, Roadmap Epigenomics, and ENCODE datasets, generated by multi-institutional consortia including the Broad Institute. In their analysis, the scientists found “hotspots” of non-coding mutations near the VMP1 and MIR21 genes. Most surprisingly, they also uncovered frequent instances of missing or extra DNA (known as insertions and deletions, or “indels”) in noncoding regions near surfactant protein genes SFTPA1, SFTPB, and SFTPC, which help coat the inside of lung alveoli, play critical roles in the functioning of healthy lungs, and protect the lungs from injury or infection. After analyzing other solid tumor types, they found recurrent non-coding mutations of genes that encode other secreted proteins, such as albumin in liver carcinoma.

More work remains to fully explain the role of these mutations and whether they are a consequence or cause of the disease, but their discovery broadens the known mutational landscape of cancer.