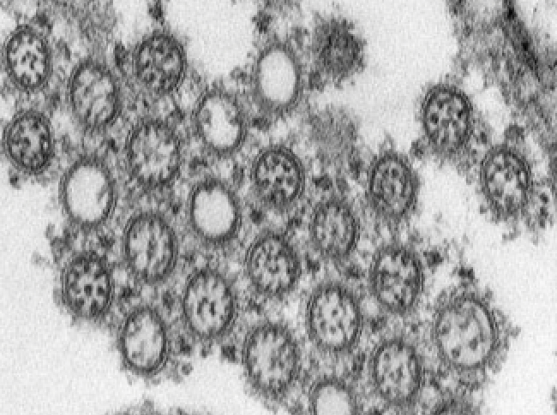 There is no lack of worry this season over the flu, both the seasonal and H1N1 varieties, but there is a critical lack of understanding of the viruses that cause these illnesses. For years, scientists have recognized that interactions between the influenza virus and its human host — intricate dances involving the virus's genes and proteins and those in humans — are important in determining the course and severity of disease. But a deep, comprehensive knowledge of such host-virus interactions has been elusive.

Now, a team of researchers from the Broad Institute of MIT and Harvard, Massachusetts General Hospital, MIT, Howard Hughes Medical Institute, Dana-Farber Cancer Institute and elsewhere has taken a step toward closing this knowledge gap by creating a large-scale map of host-virus interactions for an H1N1 influenza virus. The work, published online December 17 in the journal Cell, offers some unexpected insights into the insidious ways of influenza viruses, and could someday lead to new types of flu treatments.

"If you want to navigate a terrain as complex as the interaction of a virus with its host, you need a map," said Aviv Regev, a core member of the Broad Institute, an MIT assistant professor, an early career scientist at the Howard Hughes Medical Institute and a senior co-author of the study.

Regev and her colleagues, including co-senior author Nir Hacohen, a Broad associate member and assistant professor at Massachusetts General Hospital and Harvard Medical School, set out to build such a map of an influenza infection in humans beginning more than two years ago. The researchers studied an H1N1 strain derived from a virus isolated in 1938 as well as a second, unrelated influenza strain. Studying these two influenza strains allowed them to determine that many host-virus interactions are not strain-specific but are shared across different strains.

To map out human-influenza interactions, the researchers turned to a three-pronged approach. First, they figured out which proteins physically contact each other during influenza infection by measuring the protein-to-protein interactions among the virus's proteins and human proteins. This effort was a collaboration with David Hill and his team at the Dana-Farber Cancer Institute. Next, working with the Broad's Genetic Analysis Platform, the scientists examined human lung cells (so-called "primary" cells that are taken directly from the body, rather than being grown in the laboratory for extended periods of time) to determine how the activity levels of genes throughout the genome are affected by viral infection. Combining the results of these two analyses revealed a list of more than 1,700 candidate genes that could potentially play a role in influenza infection.

For the third arm of the study, the researchers vetted this list by tamping (or "knocking") down the activity of each candidate gene through a technique known as RNA interference or RNAi. For each knocked down gene, the scientists, working together with the Broad's RNAi Platform and Harvard Medical School's ICCB, gauged how important the gene is to viral infection by measuring what happens when it is turned off. If the virus cannot make copies of itself or if infected cells do not produce a substance called interferon beta, a major response to influenza infection, those are signs that the gene plays a significant role.

This type of RNAi approach, as well as the scientists' other two approaches, have been applied individually to study influenza and other viruses, but they have never been used all together. Regev emphasized that the community at the Broad was a critical factor in the group's success. "You need all of the technological pieces, the computational and systems expertise, and the immunology expertise [in one place] to make something like this happen."

Indeed, integrating all of the researchers' data together — and making sense of it — required some creative computational skill. Once the data were analyzed and assembled into a map showing the extent of human-virus interactions, the researchers were able to discern some surprising findings, both on the viral and host sides of the aisle.

In the host, for example, the map revealed groups of genes that were not previously suspected to play a role in influenza. One such group of genes works to relay signals from one part of the cell to another, forming what is known as the WNT signaling pathway. There are many types of signaling pathways in human cells. The WNT pathway in particular is well known for its role in embryonic development.

"This was completely unexpected," said co-first author Sagi Shapira, a postdoctoral fellow in Hacohen's group. "It is not something that would have been predicted, and could only be found using the kinds of approaches we used.

For the virus, perhaps the most striking result pertains to its polymerase, a group of specialized proteins that helps make copies of the virus's own genetic material. The scientists discovered that these proteins interact with a wide range of signaling pathways in human cells, making it a potentially interesting candidate for future drug discovery efforts.

In addition to their surprising results, the researchers emphasized that their map is a first draft and there remains a significant amount of follow-up work before any of the findings can be extended to human patients.

"I really hope that other scientists will go and look at [our data]...because many of [the genes] are not known in the context of the immune system," said first author Irit Gat-Viks, a postdoctoral fellow in Regev's group.

Hacohen is optimistic that researchers will have plenty to explore. "What happens when you have a map," he said, "is that you can plan your journey and head for uncharted territory with greater confidence."