Taking out a cancer’s co-dependency 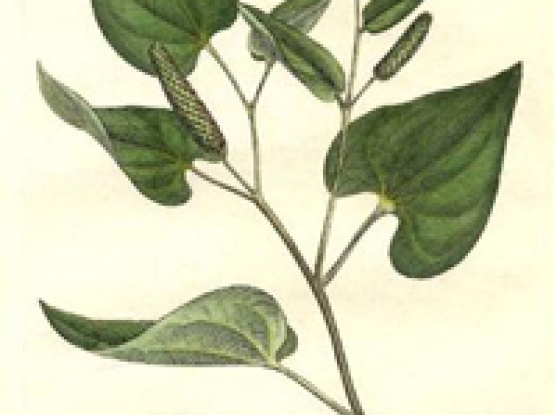 Cambridge, MA. Wed. July 13, 2011 – A cancer cell may seem out of control, growing wildly and breaking all the rules of orderly cell life and death. But amid the seeming chaos there is a balance between a cancer cell’s revved-up metabolism and skyrocketing levels of cellular stress. Just as a cancer cell depends on a hyperactive metabolism to fuel its rapid growth, it also depends on anti-oxidative enzymes to quench potentially toxic reactive oxygen species (ROS) generated by such high metabolic demand.

Scientists at the Broad Institute and Massachusetts General Hospital (MGH) have discovered a novel compound that blocks this response to oxidative stress selectively in cancer cells but spares normal cells, with an effectiveness that surpassed a chemotherapy drug currently used to treat breast cancer. Their findings, based on experiments in cell culture and in mice, appear online in Nature on July 13.

The plant-based compound piperlongumine (PL), derived from the fruit of a pepper plant found in southern India and southeast Asia, appears to kill cancer cells by jamming the machinery that dissipates high oxidative stress and the resulting ROS. Normal cells have low levels of ROS, in tune with their more modest metabolism, so they don’t need high levels of the anti-oxidant enzymes that PL stymies once they pass a certain threshold.

“Piperlongumine targets something that’s not thought to be essential in normal cells,” said Stuart L. Schreiber, a senior co-author and director of the Broad’s Chemical Biology Program. “Cancer cells have a greater dependence on ROS biology than normal cells.”

Sam W. Lee and Anna Mandinova, senior co-authors from the Cutaneous Biology Research Center (CBRC) at MGH, weren’t looking for a ROS inhibitor when they found PL. Their interest lay in the tumor suppressor gene p53, which is mutated in more than half of all cancer types. Teaming up with the Broad’s Chemical Biology Program and Platform to screen libraries of chemical compounds, they were looking for something that might increase levels of the properly functioning p53 gene.

When they saw a promising signal for PL, they assumed it worked by enhancing the p53 gene. But to their surprise, PL induced cancer cell death independent of the tumor suppressor gene’s activity. And when they tested PL in normal cells, the cells didn’t die.

“The novelty of this compound was that it was able to recognize cancer cells from normal cells,” said Mandinova, a Broad associate member and a faculty member at MGH and Harvard Medical School. “It has a mode of action that targets something especially important to the cancer cell.”

Their second surprise came after the Proteomics Platform’s quantitative analysis identified the target of PL. The researchers imagined that they might find a protein encoded by a cancer-causing gene was being inhibited in some way, but instead of an oncogene, they saw an indirect process on which cancer cells depend.

A small number of new cancer drugs target oncogenes directly, but this may not be the only promising new direction for treating cancers. Cancer genes do not act alone. PL exploits a dependency that develops after oncogenes transform normal cells into cancer cells.

“Our studies suggest that piperlongumine’s ROS-associated mechanism is especially relevant to the transformed cancer cell,” said co-author Andrew M. Stern, associate director of Novel Therapeutics at the Broad. “And this in part may underlie the observed selectivity of PL.”

The scientists tested PL against cancer cells and normal cells engineered to develop cancer. In mice injected with human bladder, breast, lung, or melanoma cancer cells, PL inhibited tumor growth but showed no toxicity in normal mice. In a tougher test of mice that developed breast cancer spontaneously, PL blocked both tumor growth and metastasis. In contrast, the chemotherapy drug paclitaxel (Taxol) was less effective, even at high levels.

“This compound is selectively reducing the enzyme activity involved in oxidative stress balance in cancer cells, so the ROS level can go up above the threshold for cell death,” said Lee, a Broad associate member and associate director of CBRC at MGH. “We hope we can use this compound as a starting point for the development of a drug so patients can benefit.”

While hopeful, the authors remain cautious. Much more work needs to be done to better understand how the ROS process differs between normal and cancer cells before clinical studies can even be launched. Further studies will focus on different forms of cancer and their genotypes, or genetic information.

“Our next set of goals is to learn if there are specific cancer genotypes that will be more sensitive to this compound than others,” said Alykhan F. Shamji, associate director of the Broad’s Chemical Biology Program. “We hope our experiments will help be predictive of whether patients with the same genotypes in their tumors would respond the same way. It would help us to pick the right patients.”

The research reported in Nature was funded by the National Cancer Institute and builds on work performed through the Initiative for Chemical Genetics and the Cancer Target Discovery and Development Network.

Learn more about
Mechanism of Action