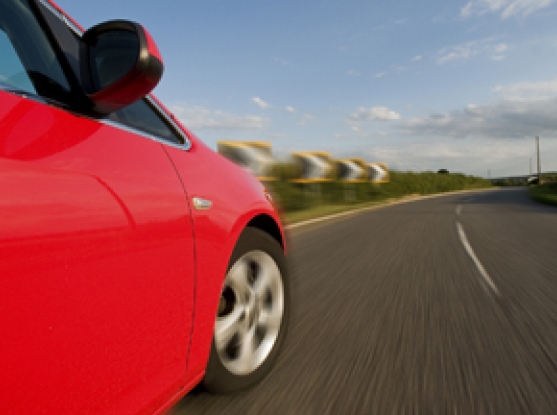 You’re on a crowded subway car and someone nearby sneezes. Influenza viruses shed by your fellow rider are expelled in droplets of saliva that land on you and the person next to you. Two days later, you begin suffering from the classic flu symptoms of fever, aches, and runny nose, while the lucky rider next to you somehow dodges the infectious bullet.

The reason is more than luck. Some combination of genetic and environmental factors, and interactions between the two, determine a person’s susceptibility to infection by a pathogen. The tendency for infection, or developing an autoimmune disease, varies naturally among people. Genetic studies have linked dozens of DNA changes to immune disease, but exactly how those variants exert their effects on immune response has been unclear. A better understanding of this variation would not only yield a fuller picture of immune biology, but could also pave the way for new treatments.

A team of Broad scientists, collaborating with colleagues at Brigham and Women’s Hospital (BWH) and Harvard Medical School (HMS), recently demonstrated how combining sophisticated biological experimentation on human white blood cells with advanced computational methods can help explain the functional impact of human genetic variation on immune disease. In a close collaboration between Broad core faculty member Aviv Regev and Broad senior associate member Nir Hacohen, also a faculty member in the Division of Rheumatology at Massachusetts General Hospital (MGH), the team examined gene expression changes in dendritic cells, the “sentinels” of the immune system that detect and relay information to other immune cells, after stimulating the cells with viral or bacterial components. Using this model system, they uncovered dozens of common genetic variants involved in the interplay between DNA and environmental stimuli in the innate immune response and also explained the mechanism underlying this variation. The new work appears in the March 7 issue of Science.

Over the past decade, researchers have identified dozens of genetic risk factors for immune disease, but have not yet pinpointed the functional effects of those factors on the cell. Scientists can investigate the role of variants by associating them with changes in gene activity, but until now, these experiments have largely been done in resting cells. For dendritic cells, this would be like turning on the engine to test-drive a car, but never putting it into gear.

“For every cell type in the immune system, we know of several receptors and pathways that are critical,” explained Hacohen. “But in none of those cases do we know how the genetics affects these pathways in a systematic way.”

In an effort to unravel the mechanisms of immune disease, the researchers designed experiments to watch dendritic cells doing what they do best: mounting an immune response to a bacteria or virus. “Unless you’re infected, dendritic cells are not doing much to ignite the immune system,” said Hacohen, also an associate professor of medicine at HMS. “The healthy immune response is, by definition, an induced state.”

This study of dendritic cells was conducted as part of the ImmVar project, a collaboration among researchers at the Broad Institute, BWH, MGH, HMS, Stanford University, and the Immunological Genome Project. ImmVar aims to broadly analyze the variation in gene expression in immune cells and their genetic regulatory network, and this paper represents the first fruits of that effort.

In this study, the researchers surveyed cells from more than 500 healthy subjects from the PhenoGenetic Project, a “living biobank” based at BWH designed to provide blood samples from subjects along with genetic information from across the genome. There are currently 1,756 subjects enrolled in this resource, which has provided samples to over 20 different investigators. The PhenoGenetic Project was created and is led by Philip De Jager, a Broad associate member and associate professor of neurology at BWH and co-author on the new study.

“The ImmVar collaboration has been a wonderful example of how a recallable cohort of healthy subjects (from the PhenoGenetic Project) with a rigorous blood sampling strategy can enable systematic interrogation of the functional consequences of human genetic variation,” explained De Jager. “It illustrates the way forward as we seek to understand the role of the increasing number of disease-associated genetic variations.”

To study immune response in such a large number of samples, the team developed high-throughput methods for generating dendritic cells from patient blood cells and exposing those cells to immune-stimulatory agents: an E. coli component called LPS, influenza virus, or interferon-beta, an important immune molecule induced by bacteria and viruses. They then measured gene expression changes in both resting and stimulated dendritic cells from 30 healthy volunteers, and identified a signature of 415 genes that captured the bulk of the relevant variation. The researchers then examined the expression of those signature genes in immune-stimulated cells from participants in the PhenoGenetic Project and incorporated data from the 1,000 Genomes Project to reveal 121 genetic variants linked to the induction of immune gene expression.

“Our computational pipeline aims to find the DNA changes that affect gene regulation by combining the genetic information with a map of the regulatory circuit that acts in immune cells,” said Regev.

To this end, the researchers then integrated data from the ENCODE project to more precisely map the variation, and found that the critical variants were often located in known binding sites for transcription factors, which regulate gene activity. This suggested that the variants likely worked by altering how transcription factors bind DNA at those sites.

To confirm their predictions, the scientists inserted different versions of three genetic variants in cells, observing that the variants do, in fact, alter the activity of genes in immune-stimulated cells. They also went a step further and directly edited single letters in the genome using the CRISPR system in stimulated cells, again observing altered gene expression and supporting their hypothesis that the differential binding of transcription factors underlies the variation.

Because some genetic variants had previously been implicated in studies of immune diseases like Crohn’s disease and type 1 diabetes, the team cross-referenced their variants with hits from these studies. Many genes overlapped, such as NOD2 in leprosy, and in lupus, IRF7, a gene shown in this study to be important for the response of dendritic cells to influenza. The data generated here shed more light on hits from genome-wide association studies (GWAS) and can help relate them to causal variants, but this approach could also reveal more genes missed in GWAS.

“GWAS points you to DNA variants that underlie disease,” said Hacohen. “Our study takes you one step further by showing how these variants affect a specific immune pathway in a well-defined immune cell type.”

This work is the first installment from the ImmVar group, explained Christophe Benoist. This analysis was coordinated with parallel studies within the ImmVar project on regulatory genetics in resting blood cells, and in activated T lymphocytes, such that the innate and adaptive arms of the immune system are represented. “It’s been a fun program for all the collaborators,” said Benoist, Broad associate member, professor at HMS, and leader of the ImmVar consortium. “The team has done a fantastic job in putting together this beautiful paper, but stay tuned for other important stories to come.”

This study represents an innovative way of investigating the mechanisms of disease, and could have utility in cell types and diseases beyond the immune system. Following up on important variants in animal models could reveal which pathways can modulate disease safely, representing potential targets for drug development. But for now, building the map relating genetic variants to immune function in all types of immune cells exposed to various stimuli – and explaining why some people get the flu more often than others – will keep the team busy. “Going from the initial associations to final evidence of function took a lot of work by this team,” said Hacohen. “It’s a very powerful approach to study function, but we have a lot more work to do.”