Study reveals strongest links yet between genes and ADHD risk 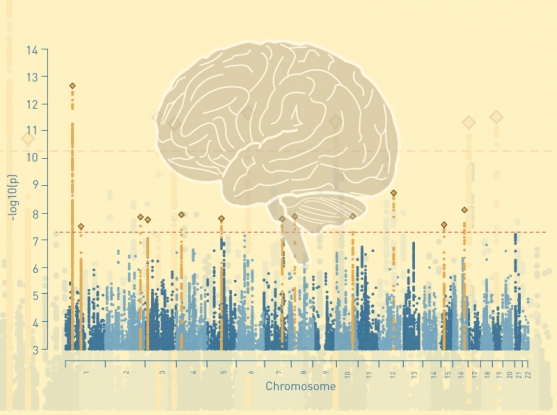 By analyzing the DNA of more than 55,000 people, an international team of researchers identify 12 regions of the genome that raise the risk of ADHD, providing valuable biological insights.

Attention-deficit/hyperactivity disorder (ADHD) affects roughly five percent of all children worldwide. Genetics is thought to account for more than 70 percent of a person's risk for developing ADHD, but up to now scientists have been unable to definitively call out specific genetic variants, genes, or regions of the genome as strong risk factors.

After examining the genes of more than 20,000 people diagnosed with ADHD and more than 35,000 without it, scientists from the Broad Institute of MIT and Harvard, Aarhus University, Massachusetts General Hospital, SUNY Upstate Medical University, and more than 60 additional institutions worldwide have found 304 genetic variants, clustered within 12 genomic regions (or "loci"), that strongly affect a person's risk of developing ADHD.

Writing in the journal Nature Genetics, the researchers note that these variants reveal important insights into the biology behind ADHD risk, and that the many of these variants also influence an individual's risk or likelihood for a variety of psychiatric, metabolic, and behavioral traits. They also point out that these variants only represent a fraction of the genetic component underlying ADHD.

"For the first time, we have identified durable associations to ADHD, with the promise of continued discovery if we can continue to expand the sample size," said Benjamin Neale, an institute member in the Stanley Center for Psychiatric Research at the Broad Institute and core faculty member of the Analytic and Translational Genetics Unit at MGH. "These findings represent the culmination of over a decade of genome-wide association studies for ADHD, and the willingness of the community of ADHD geneticists to work together and share data to advance our understanding of why people develop ADHD." Neale is co-senior author on the study, along with Stephen Faraone of SUNY Upstate Medical University and Anders Børglum of Aarhus University in Denmark.

To identify these variants, the study team, including co-first authors Ditte Demontis of Aarhus University and Raymond Walters of the Broad and MGH, compiled genetic data from 12 groups of ADHD cases and controls collected in European nations and China by the Lundbeck Foundation Initiative for Integrative Psychiatric Research (iPSYCH) in Denmark and the Psychiatric Genomics Consortium.

With the data in place, the team conducted a genome-wide association study, using an assemblage of statistical tests to measure the extent to which common genetic variants (those present in at least 1 percent of the population) at millions of points across the genome affect someone's likelihood of developing ADHD.

The researchers tested 8,047,421 variants' association with ADHD risk. While 304 variants emerged as strongly associated, the weaker associations detected among the remaining variants highlighted the polygenic nature of ADHD (i.e., that many, many genes each make small contributions that collectively influence one's ADHD risk).

The team's analyses revealed intriguing patterns within the data, such as:

Interestingly, none of the nine genes that previous studies have linked to ADHD showed up in the team's analyses.

"Assembling a study of this scale gives us the power to find effects across the genome, instead of focusing on specific candidate genes," said Walters. "The variants we’ve identified are only the tip of the iceberg in understanding genetic risk for ADHD, but they hint at the role of important neurodevelopmental processes and clearly point towards genetic factors that are relevant not just clinically in ADHD but across the spectrum of human behavior throughout the lifespan." 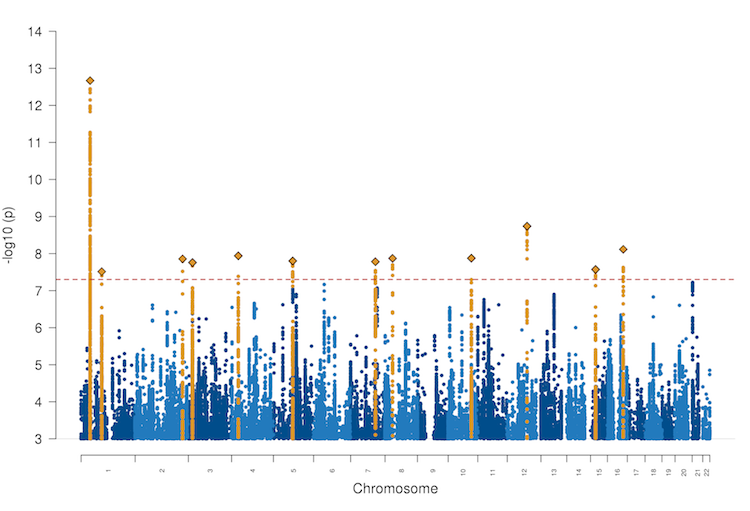 As a mounting body of evidence indicates that many behavioral traits and psychiatric disorders share an underlying genetic basis, the study team also used the data to look for genetic correlations between ADHD and more than 200 other traits and conditions. And indeed, the data revealed genetic overlap between ADHD and 43 traits and conditions, including type 2 diabetes, increased body-mass index, risky behaviors, educational attainment, reproductive behaviors, and psychiatric disorders.

"Epidemiologically, we know that ADHD is associated with a wide range of outcomes, including poorer school performance, smoking, and increased rates of drug use," said Neale. "Here we show that there is a genetic link between ADHD and many of these outcomes."

Taken together, the findings present the clearest picture yet of the genetic architecture of ADHD risk, but also emphasize how much there is left to learn.

"These results are the foundation for taking the next steps in achieving a better understanding of why people get ADHD, and hold promise for future advances in diagnosing and treating patients," said Neale. "In many ways, this is just the beginning of the next chapter in ADHD research. We have a long road in front of us to translate these genetic findings into real improvements in patients’ lives."

Support for this study was provided by the Lundbeck Foundation, the Stanley Medical Research Institute, the European Research Council, the National Institute of Mental Health, and other sources. These discoveries have been made possible by the ADHD Genetics Initiative at the Broad Institute, which was initiated seven years ago with support from the Gerstner Family Foundation. 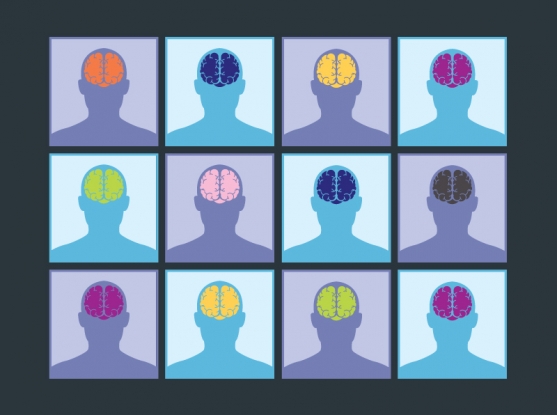 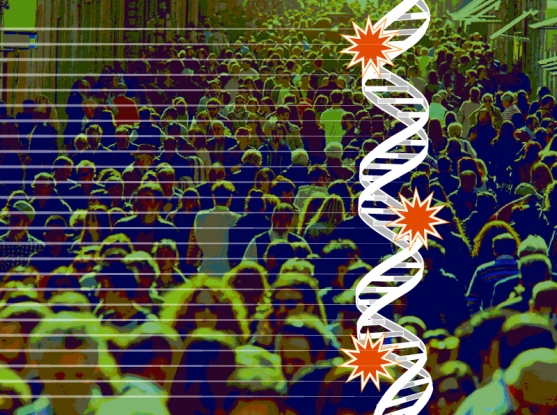