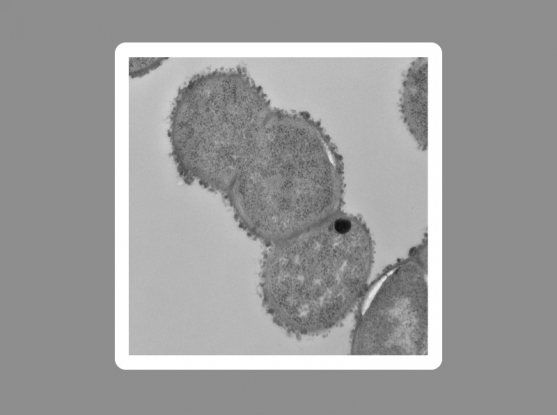 Changes in the gut microbiome have long been linked with Crohn's disease and other forms of inflammatory bowel disease (IBD), but the biology behind those links has remained murky. Researchers at the Broad Institute, Massachusetts General Hospital (MGH), and Harvard Medical School (HMS) have now found that one bacterium, Ruminococcus gnavus, which is associated with Crohn’s disease, releases a certain type of polysaccharide (or a chain of sugar molecules) that triggers an immune response.

This study, published in the Proceedings of the National Academy of Sciences, is one of the first studies to delve into the mechanisms underlying a well-known association between a gut microbe and human disease.

“This is a distinct molecule that represents the potential link between gut microbes and an inflammatory disease,” said first author Matthew Henke, a postdoctoral fellow in the laboratory of study corresponding author and Broad Institute senior associate member Jon Clardy of Harvard Medical School.

“More and more studies on the correlations between the bacteria in the microbiota and disease were coming out,” said Clardy, who is the Hsien Wu and Daisy Yen Wu Professor of Biological Chemistry and Molecular Pharmacology at HMS. “Some were very strong, some were weak, but it was really all correlations.”

About 2 million Americans suffer from an inflammatory bowel disease (IBD), including Crohn’s. Previous work from the lab of Broad core institute member and Infectious Disease and Microbiome Program co-director Ramnik Xavier proved that during some flares of Crohn’s disease, the abundance of R. gnavus can jump from less than one percent of the gut microbiota to greater than 50 percent.

"That experiment was a correlation experiment. A is correlated with B. Now the challenge was to get to causation,” said Xavier, who is also the Kurt Isselbacher Professor of Medicine at HMS, director of the Center for Computational and Integrative Biology and a member of the Department of Molecular Biology at MGH, and co-director of the Center for Microbiome Informatics and Therapeutics at Massachusetts Institute of Technology.

The researchers, including Xavier, Clardy, and Henke, wanted to determine if the link between Crohn’s and R. gnavus was more than a correlation. Was it simply an association, or were there molecular mechanisms by which the bacteria were contributing to disease flares?

After growing colonies of R. gnavus in the laboratory, they characterized all of the molecules produced by the bacteria, to see if there was anything pro-inflammatory. One polysaccharide comprised mainly of rhamnose, a sugar not familiar to the human immune system, antagonized the immune system by activating the cytokine TNF-α. Using a variety of techniques borrowed from chemistry, Henke determined that the polysaccharide was made up of two different sugars: chains of glucose protruding from a spine made up of rhamnose.

After uncovering the structure, they searched the genome of R. gnavus and identified the genes responsible for making the polysaccharide. Future experiments will study if these genes are overexpressed before a flare of Crohn’s.

“If we can track a single patient and see that the genes for this polysaccharide become expressed before disease symptoms get worse, that's really powerful,” said Henke. “That would suggest that maybe the polysaccharide is contributing to disease flares.”

Should this theory prove true, the researchers could be on their way to developing new treatments for Crohn’s and similar inflammatory diseases that target R. gnavus growth or its ability to produce this inflammatory polysaccharide.

The microbiome’s impacts are broad, and these findings have applicability beyond Crohn’s disease. “Now that we've established this methodology, we can rapidly go through the other bacteria and find out how the microbiome plays a role in contributing to the chemistry of disease,” said Xavier.

This study is one of the first to look into the molecular mechanisms behind a correlation between the microbiome and human health.

“There's a lot of really great work being done on cataloging what bacteria, fungi, and viruses are in us,” said Henke. “But the health effects of the small molecules and protein products and chemicals that they make hasn't been fully documented yet. We thought for a really long time that microbes had just a passive role in our biology, but that's definitely changing.”

Support for this study came from the National Center For Complementary & Integrative Health, the National Institute of General Medical Sciences, the Department of Energy, and other sources. 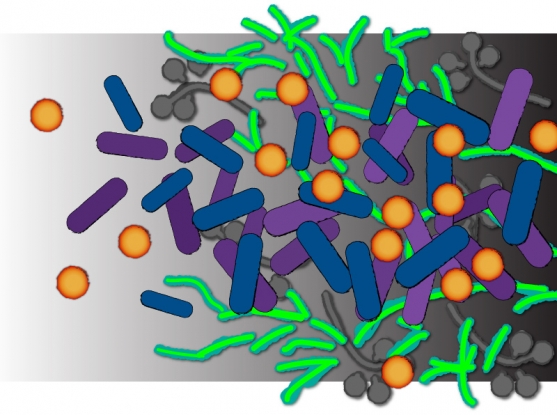 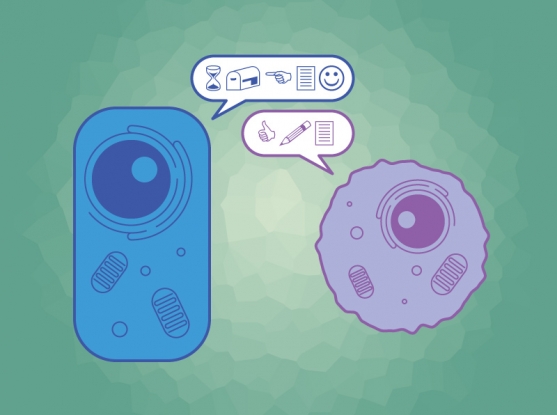 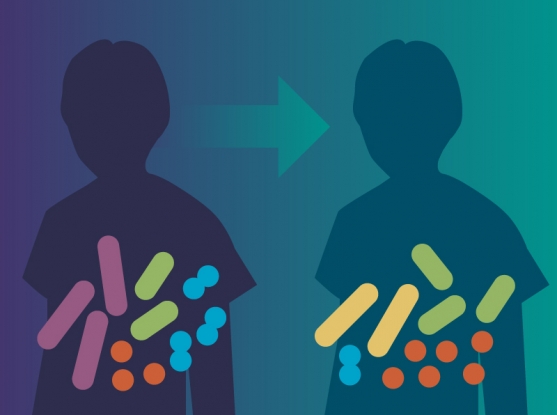