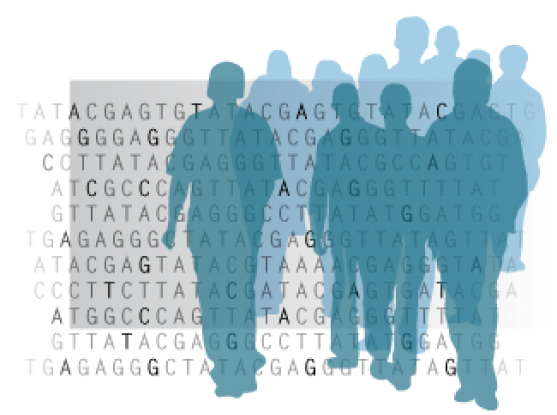 An international team led by researchers at the Broad Institute and Massachusetts General Hospital (MGH) has identified mutations in a gene that can reduce the risk of developing type 2 diabetes, even in people who have risk factors such as obesity and old age. The results focus the search for developing novel therapeutic strategies for type 2 diabetes; if a drug can be developed that mimics the protective effect of these mutations, it could open up new ways of preventing this devastating disease.

An international team led by researchers at the Broad Institute and Massachusetts General Hospital (MGH) has identified mutations in a gene that can reduce the risk of developing type 2 diabetes, even in people who have risk factors such as obesity and old age. The results focus the search for developing novel therapeutic strategies for type 2 diabetes; if a drug can be developed that mimics the protective effect of these mutations, it could open up new ways of preventing this devastating disease.

Type 2 diabetes affects over 300 million people worldwide and is rising rapidly in prevalence. Lifestyle changes and existing medicines slow the progression of the disease, but many patients are inadequately served by current treatments. The first step to developing a new therapy is discovering and validating a “drug target” — a human protein that, if activated or inhibited, results in prevention and treatment of the disease.

The current study breaks new ground in type 2 diabetes research and guides future therapeutic development in this disease. In the new study, researchers describe the genetic analysis of 150,000 patients showing that rare mutations in a gene called SLC30A8 reduce risk of type 2 diabetes by 65 percent. The results were seen in patients from multiple ethnic groups, suggesting that a drug that mimics the effect of these mutations might have broad utility around the globe. The protein encoded by SLC30A8 had previously been shown to play an important role in the insulin-secreting beta cells of the pancreas, and a common variant in that gene was known to slightly influence the risk of type 2 diabetes. However, it was previously unclear whether inhibiting or activating the protein would be the best strategy for reducing disease risk — and how large an effect could be expected.

“This work underscores that human genetics is not just a tool for understanding biology: it can also powerfully inform drug discovery by addressing one of the most challenging and important questions — knowing which targets to go after,” said co-senior author David Altshuler, deputy director and chief academic officer at the Broad Institute and a Harvard Medical School professor at Massachusetts General Hospital.

The use of human genetics to identify protective mutations holds great potential. Mutations in a gene called CCR5 were found to protect against infection with HIV, the virus that causes AIDS; drugs have been developed that block the CCR5 protein. A similar protective association for heart disease set off a race to discover new cholesterol-lowering drugs when mutations in the gene PCSK9 were found to lower cholesterol levels and heart disease risk. The new type 2 diabetes study, which appears this week in Nature Genetics, suggests that CCR5 and PCSK9 are likely just the beginning but that it will take large numbers of samples and careful sleuthing to find additional genes with similar protective properties.

The Nature Genetics study grew out of a research partnership that started in 2009 involving the Broad Institute, Massachusetts General Hospital, Pfizer Inc., and Lund University Diabetes Centre in Sweden, which set out to find mutations that reduce a person’s risk of type 2 diabetes. The research team selected people with severe risk factors for diabetes, such as advanced age and obesity, who never developed the disease and in fact had normal blood sugar levels. They focused on a set of genes previously identified as playing a role in type 2 diabetes and used next-generation sequencing (then a new technology) to search for rare mutations.

The team identified a genetic mutation that appeared to abolish function of the SLC30A8 gene and that was enriched in non-diabetic individuals studied in Sweden and Finland. The protection was surprising, because studies in mice had suggested that mutations in SLC30A8 might have the opposite effect — increasing rather than decreasing risk of type 2 diabetes. However, because this particular genetic variation was exceedingly rare outside of Finland, it proved difficult to obtain additional evidence to corroborate the initial discovery by the Broad/MGH/Pfizer Inc./Lund team.

Then, in 2012, these unpublished results were shared with deCODE genetics, who uncovered a second mutation in an Icelandic population that also appeared to abolish function of the gene SLC30A8. That mutation independently reduced risk for type 2 diabetes and also lowered blood sugar in non-diabetics without any evident negative consequences.

"This discovery underscores what can be accomplished when human genetics experts on both sides of the Atlantic come together to apply their craft to founder populations, enabling us to find rare mutations with large effects on disease risk,” said Kari Stefannson, CEO of deCODE genetics.

Finally, the team set out to ask if the effects of SLC30A8 protective mutations were limited to the two mutations found in populations in Finland and Iceland. As part of the NIH-funded T2D-GENES Project, chaired by Mike Boehnke at the University of Michigan, the Broad Institute had performed sequencing of 13,000 samples drawn from multiple ethnicities. The T2D-GENES Project joined the collaboration, found ten more mutations in the same gene, and again saw a protective effect. Combining all the results confirmed that inheriting one copy of a defective version of SLC30A8 led to a 65 percent reduction in risk of diabetes.

“Through this partnership, we have been able to identify genetic mutations related to loss of gene function, which are protective against type 2 diabetes,” said Tim Rolph, Vice President and Chief Scientific Officer of Cardiovascular, Metabolic & Endocrine Disease Research at Pfizer Inc. “Such genetic associations provide important new insights into the pathogenesis of diabetes, potentially leading to the discovery of drug targets, which may result in a novel medicine.”

In laboratory experiments, members of Altshuler’s team showed that the protective mutations disrupt the normal function of the protein encoded by SLC30A8, known as ZnT8. The ZnT8 protein transports zinc into insulin-producing beta cells, where zinc plays a key role in the crystallization of insulin. Exactly how the reduction in ZnT8 functions plays a protective role remains unknown.

The work represents the fruits of a international collaborative effort among researchers from the Broad Institute, MGH, Pfizer Inc., Lund University, deCODE genetics and the T2D-GENES Consortium, which itself involves many universities and hospitals around the world.

“This remarkable collaboration involved many partners who are fully dedicated to the pursuit of therapies for type 2 diabetes,” said Altshuler. “It’s amazing to see what can be learned when everyone works together.”

Major funding for this work was provided by Pfizer Inc., National Institutes of Health, the Doris Duke Charitable Foundation, and others. A complete list of all funding agencies and grants appears in the Nature Genetics paper.