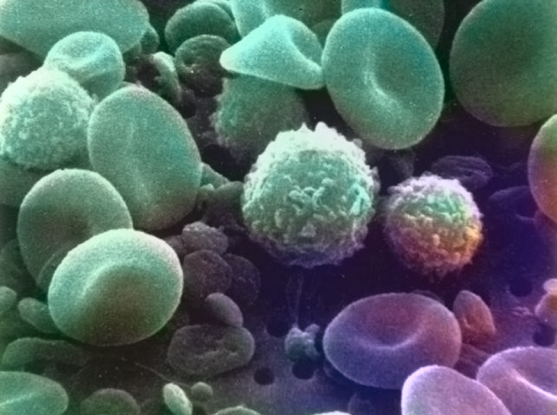 Mutations that fuel clonal hematopoeisis can arise from inherited genetic changes, not just randomly acquired ones.

A new study led by researchers at Harvard Medical School (HMS), the Harvard T.H. Chan School of Public Health, and the Broad Institute of MIT and Harvard has identified some of the first known inherited genetic variants that significantly raise a person’s likelihood of developing clonal hematopoiesis, an age-related white blood cell condition linked with higher risk of certain blood cancers and cardiovascular disease.

The findings, published online July 11 in Nature, should help illuminate several questions about clonal hematopoiesis: how it arises, why it occurs in more than 10 percent of people over 65 and how the genome we inherit influences the mutations we acquire later in life.

The condition, uncovered in a series of studies over the past 10 years, is marked by the accumulation of genetically abnormal white blood cells, which may become cancerous or contribute to inflammation in atherosclerotic plaques.

"Clonal hematopoiesis is increasingly appreciated to be an important biomarker of risk for future illness, but we haven't known what brings it about," said Broad institute member Steven McCarroll, director of genetics at the Stanley Center for Psychiatric Research, and co-senior author on the study with Broad associate member and Harvard T.H. Chan statistical genetics professor Alkes Price. “These findings reveal specific sequences of genetic events — some inherited, others acquired — that give rise to these abnormal blood cells."

The study also reaches the surprising conclusion that inherited genetic variants and acquired mutations are more connected than previously understood.

Acquired mutations are believed to occur randomly over time, appearing spontaneously or after exposure to damaging agents such as ultraviolet light. However, the team found examples where inherited variants led to the appearance of specific acquired mutations later in life or gave cells with such mutations a growth advantage over other cells.

"Conceptually one of the most intriguing things to come out of this work is the blurring of that distinction between genetic inheritance and acquired mutations," said McCarroll, who is also the Dorothy and Milton Flier Professor of Biomedical Science and Genetics at HMS. "Inherited alleles turn out to have powerful influences on what was previously thought to be a more capricious process."

Normally, each of the body's 10,000 to 20,000 hematopoietic, or blood-forming, stem cells contributes roughly the same number of mature blood cells to the body's total. The result: a pool of hundreds of billions of blood cells with many different parents.

Clonal hematopoiesis occurs when a single stem cell acquires mutations that cause it to produce far more than its share of new cells, including white blood cells. Over many years, the mutants out-compete normal blood cells, either proliferating more rapidly or surviving longer. Instead of the typical 1/10,000th, or 0.0001 percent, of a person's total white cell count, the progeny of a single mutated stem cell might make up 2 percent, or 20 percent, or more than 90 percent of a person’s white blood cells. These genetically dominant blood cells are called clones.

Previous research from McCarroll's lab and others showed that only some clones cause trouble. For example, only about 10 percent of people with clonal hematopoiesis go on to develop blood cancer. Even so, that risk is 10 times higher than that in the general U.S. population.

The team set out to learn which parts of the genome tend to be mutated in clones, which mutations are most harmful, and how clones arise and expand their numbers.

To do so, co-first authors Po-Ru Loh, assistant professor of medicine at HMS and Brigham and Women’s Hospital, and Giulio Genovese, senior computational biologist in the McCarroll lab, developed a mathematical approach that let them identify clones early on, when they accounted for as little as 1 percent of a person's white blood cells. Previous methods lacked the precision to detect clones unless they had expanded to at least 15 to 20 percent of white blood cells.

Armed with their new technique, Loh and Genovese analyzed DNA from the blood of 151,000 people who'd donated samples to the UK Biobank.

Not so random after all

The increased level of sensitivity allowed the team to find clones in more than 8,000 participants, many of whom had acquired similar mutations.

To the researchers' surprise, participants with similar acquired mutations often shared a rare, inherited variant nearby. Further investigation confirmed that this was far from a coincidence; the inherited variants had powerful effects on whether people acquired those other mutations later in life.

"When Giulio suggested searching for influences of inherited genetic variants, I never expected to turn up anything interesting," said Loh. "When I first saw the results, the associations were so strong I wondered if they were a bug in the code."

The researchers were then able to figure out the specific ways that the inherited variants made people vulnerable to developing clones.

In some cases, an inherited variant inactivated one copy of a gene that normally protects against cancer. Later on, an acquired mutation inactivated the other copy.

"These are examples of what cancer geneticists call the two-hit model, where the inherited allele is the first hit and then the subsequent acquired mutation is the second hit," said McCarroll. "It's still not cancer, but having many, many white blood cells with that combination of mutations almost certainly puts one in a more vulnerable place."

Another inherited variant inactivated one copy of a gene that promotes cell growth. This flummoxed the researchers at first, since the variant appeared to protect against aggressive cell growth or cancer. But many of the people who inherited this variant later acquired a mutation that replaced the inactivated gene with the full-strength copy inherited from the other parent. Cells with the acquired mutation then out-competed other cells.

The variants the team uncovered are rare, and inheriting one doesn’t guarantee that a person will develop clonal hematopoiesis. However, certain variants did make acquiring clones with a specific mutation much more likely — conferring up to a 50 percent chance, compared to the normal risk of well under 1 percent.

The researchers even found instances where multiple family members who inherited the same variant went on to develop clones with the same mutation.

The authors believe their findings are likely not a fluke.

"I think it's safe to predict that these are early examples of a phenomenon we'll see again and again," said McCarroll.

The demographics of clones

The discoveries invite further efforts to understand the nature and consequences of each mutation.

"Although it's been possible to say that, on average, clones might increase the risk of blood cancer tenfold, that doesn't mean every specific clone does," said McCarroll. “A key direction is to go from talking generically about clones to knowing each clone's history and risk profile based on its specific mutations and frequency in the blood."

As information builds, researchers will be able to better assess the risk of each clone and try to develop environmental or medical interventions might slow the growth of clones and avert disease, McCarroll said. 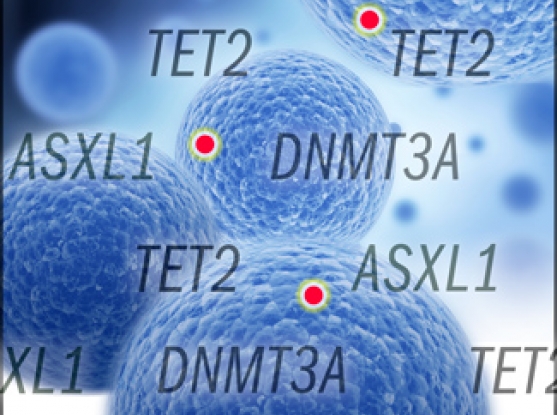 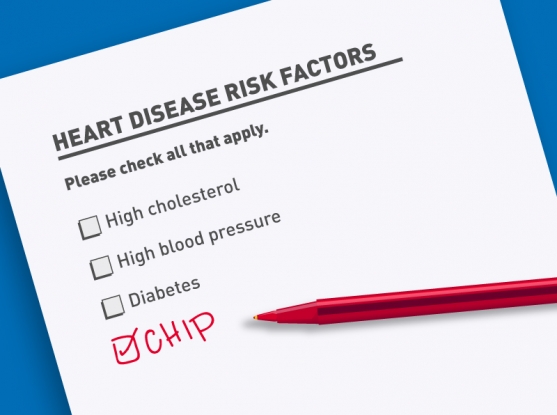