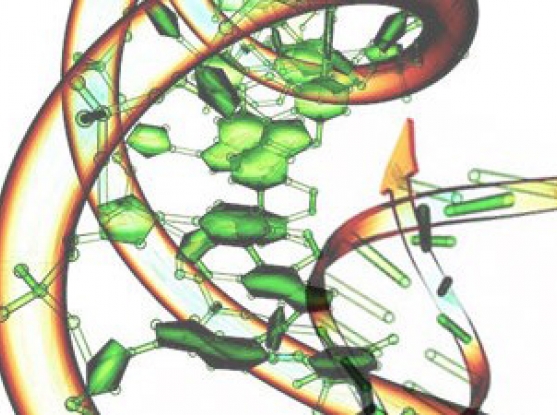 Cancer has come to be known as a “disease of the genome.” Any number of alterations to an individual’s genetic code – the sequence of As, Cs, Gs, and Ts that serve as our biological blueprint – has the potential to make a cell malfunction and proliferate into cancer tumors. Identifying the genetic changes that lead to cancer – and the rules that govern those changes – has been a key goal in the field of cancer genomics. It is a task made more challenging by the diversity of cancer types and the seemingly distinct biology of different types of cancers.

This week, researchers from the Genome Characterization Center (GCC) at the Broad Institute announced that they had identified some rules that apply across cancers for a specific type of genetic mutation – somatic copy number alterations (SCNAs). SCNAs are deletions or duplications of certain regions of the genome, and are some of the most common mutations that occur in cancer.

In the largest such study to date, the team looked at nearly 5,000 cancer samples from across 12 cancer types – including breast, bladder, and colon cancer, among others – for patterns in the occurrence of SCNAs. Their study, which appears in Nature Genetics, identified common ways in which these copy number changes are generated in cancer, and located specific genes and regions involved.

“Our goal was to find patterns that are universal across cancer,” said Matthew Meyerson, a senior associate member at the Broad and one of the study’s co-senior authors. “Finding these patterns across cancer types suggests that different cancers tend to result from similar or even the same underlying events, and therefore arise from many of the same pathways.”

The findings also serve as a database that researchers can draw from in future investigations.

“This paper gives researchers a large compendium of new genes and processes to look at that may play an essential role in individual cancers, enabling the research community to identify new causes and molecular pathways that may one day be targeted to treat cancer,” said Rameen Beroukhim, the lead investigator of the study and a co-senior author of the paper. Beroukhim is an associate member of the Broad, and an assistant professor at Dana-Farber Cancer Institute and Harvard Medical School.

The team found that, across cancer types, somatic copy number alterations adhered to the following rules:

There are 140 regions of the genome that seem to be affected by somatic copy number alterations. Across all 12 cancer types examined in the study, these 140 regions were consistently altered. Of these regions, only 35 contained genes that were previously linked to cancer. The remaining regions house a large number of new candidate genes that may prove to be cancer drivers.

The GCC study was conducted as part The Cancer Genome Atlas (TCGA) Project, a national, multi-institution collaboration to characterize the genomes of over 20 types of cancer and to uncover the molecular basis of the disease. The Broad GCC site is one of six TCGA Genome Characterization Centers. Meyerson, who is one of the Broad GCC’s principal investigators, said the goal of the center is to provide copy number analysis of all of the tumors that are analyzed by TCGA.

“This paper is really the first report of that copy number analysis, systematically across cancer,” explained Meyerson, who is also an associate professor of pathology and medical oncology at Dana-Farber Cancer Institute. “It is the culmination of years of work in this area at the Broad, and the product of a data generation and analytical pipeline that is built upon a very long tradition of Broad research.”