Spotlight: The first panoramic views of the human genome — making connections to disease

By Chris Newton-Cheh, Program in Medical and Population Genetics 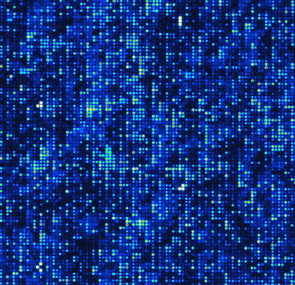 A data image from one of the genome-scale research tools from Affymetrix that provides a snapshot of the SNPs in a person's DNA
Image courtesy of Brendan Blumenstiel, Broad Institute

Uncovering the culprits hidden in our DNA that cause disease requires careful sleuthing. Lone mutations that exert strong effects can often be readily traced, particularly when the resulting illnesses recur within families. However, such "single-gene" diseases are rare and account for a relatively small fraction of the burden of disease to patients and the healthcare community. On the other hand, more common and complex diseases — diabetes, cancer, and cardiovascular disease, to name a few — involve multiple genetic differences, which also conspire with lifestyle and environmental factors, and present a formidable challenge for scientists to unravel. As complex diseases afflict millions of people worldwide, this challenge is one that we must meet head-on.

Historically, pinpointing the genetic factors that contribute to complex diseases has been limited to tracking the "usual suspects" — so-called "candidate" genes that are implicated in a particular disease, either through direct biological evidence or an inferred connection. Now, using a method known as a genome-wide association study, we can use a wide-angle lens that encompasses the entire human genome to help locate the causative genetic differences.

Two recent large-scale efforts have made this type of approach possible — the Human Genome Project and the International Haplotype Map ("HapMap") Project, a massive effort to survey geographically diverse populations for common genetic differences, known as single nucleotide polymorphisms ("SNPs"), and the relationships among them. The results of these international collaborations have coincided with the development of genome-scale genotyping tools, which offer a snapshot of the majority of SNPs contained in a person's DNA. With these critical pieces now in place, we are poised with the navigational abilities to chart genetic variation across the human genome and to correlate it with disease. 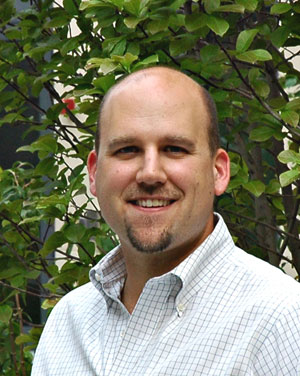 In the past year, particularly exciting results from a handful of genome-wide association studies have been reported, demonstrating our enhanced scientific abilities to identify key genetic differences. As one example, my colleagues and I in the Broad's Program in Medical and Population Genetics and the Framingham Heart Study participated in a collaborative effort with investigators at Johns Hopkins University and in Munich to unearth the genetic variants that might be involved in sudden cardiac arrest (SCA), which occurs when the heart suddenly stops, often with no advance warning.

To be most effective, genome-wide association studies require very large numbers of patients, often thousands. Unfortunately, many individuals who succumb to SCA do not survive, leaving relatively few SCA patients for us to include in a study. Therefore, we turned our attention to a known risk factor for SCA — the QT interval. The QT interval is a measurement of the heart’s electrical activity that can be readily detected by an electrocardiogram (EKG). When the QT interval is abnormally abbreviated or prolonged, it can trigger rhythm disturbances in the heart, thereby precipitating SCA. Because the QT interval can be analyzed in otherwise healthy patients through a routine EKG, it provided us with a practical handle for identifying a sufficiently large pool of individuals for a genome-wide association study.

Our collaborative study pursued genetic variants that perturb the QT interval by screening the DNA of roughly 4,000 German patients enrolled in the KORA study. To maximize cost efficiency, a stepwise approach was used, initially analyzing ~88,000 SNPs in a few hundred women from the extreme limits of the QT interval range. Then, the most promising SNPs were followed up in two subsequent rounds of screening, which incorporated progressively larger numbers of patients, including males, from the same KORA cohort. With this multi-stage approach, scientific resources were focused to intensive analyses of a relatively small number of individuals, rather than thousands, and only the most promising SNPs were evaluated in much larger patient populations. Then, the SNPs with the most significant evidence for association with QT duration were tested in additional patient populations including subjects from another German cohort and the Framingham Heart Study, which allowed us to separate the true associations from those that occur by random chance.

Perhaps the most tantalizing aspect of genome-wide association studies, including ours for the QT interval, is their ability to open new and unexpected paths to understanding disease biology. Because the underlying methods provide a panoramic view of the entire genome, rather than just a handful of candidate genes, genome-wide association studies make no assumptions about which pieces are most relevant to a particular disease, and are thus, unbounded by the limitations of our current biomedical knowledge. In our analysis, the most significant SNP localizes to the NOS1AP gene, also known as CAPON. Scientists have previously recognized this gene's role in neurons to regulate the levels of nitric oxide, a potent cellular signal that exists in gaseous form. However, CAPON has not been previously implicated in the control of the heart’s electrical activity. This result opens a promising — and previously unexplored — avenue into the molecular underpinnings of electrical activity in the heart and novel potential contributors to SCA.

While a finger has now been pointed at CAPON, this gene is only part of the story. There are likely additional SNPs associated with changes in the QT interval, which remain to be uncovered. Actually, we are already looking for these SNPs and many others. Several multinational collaborations are now underway at the Broad to carry out genome-wide association studies for a variety of medical conditions. This includes additional QT interval work as well as projects aimed at understanding heart attacks, multiple sclerosis, rheumatoid arthritis, and many other illnesses. While our efforts are just one part of a much larger revolution, spurred by the Human Genome Project and the HapMap Project, the scientific community as a whole is truly on the verge of what could be one of the most rapid advances in our understanding of human biology.