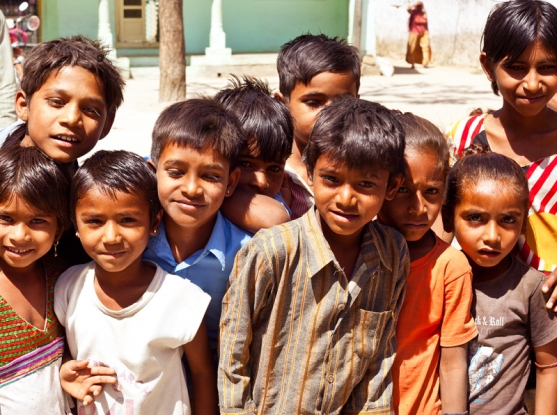 Study of Indian genetics reveals population bottlenecks similar to those that, in other groups, have yielded key discoveries relevant to prevention, treatment of disease

The Indian subcontinent’s massive population is nearing 1.5 billion according to recent accounts. But that population is far from monolithic; it’s made up of nearly 5,000 well-defined sub-groups, making the region one of the most genetically diverse places on Earth—a feature that has long intrigued geneticists.

Yet the value of studying South Asian genomes has been in a sense underappreciated, according to a new study by researchers from the Broad Institute of MIT and Harvard, Harvard Medical School (HMS), and the CSIR-Centre for Cellular and Molecular Biology (CCMB) in Hyderabad, India. Their work, published this week in Nature Genetics, found that genetic data from these populations may hold valuable information that could impact rare disease research, prevention, and treatment—potential that they say has been overlooked in the past.

The study, which was led by co-senior authors Kumarasamy Thangaraj of CCMB and David Reich of HMS and Broad, analyzed genome-wide data from over 2,800 individuals from more than 260 distinct South Asian sub-groups. They found that nearly a third of these sub-groups derived from distinctive “founder events” in which a small number of ancestors gave rise to many descendants. The findings are significant for rare disease research because such founder events tend to limit genetic diversity; geographic or cultural barriers (such as restrictions on marriage between groups) increase the likelihood that mates share much of the same ancestry, which can lead to the perpetuation and proliferation of certain rare, recessive diseases.

“Everybody carries a small number of mutations that could cause severe disease, but each person usually only has one copy—and two copies are needed to get sick,” explained the study’s first author Nathan Nakatsuka, a graduate student in Reich’s lab. “If parents have the same common ancestry, there is a greater risk that they will both carry the same, recessive mutation, so their offspring are at much greater risk of inheriting the two copies needed to manifest disease.” 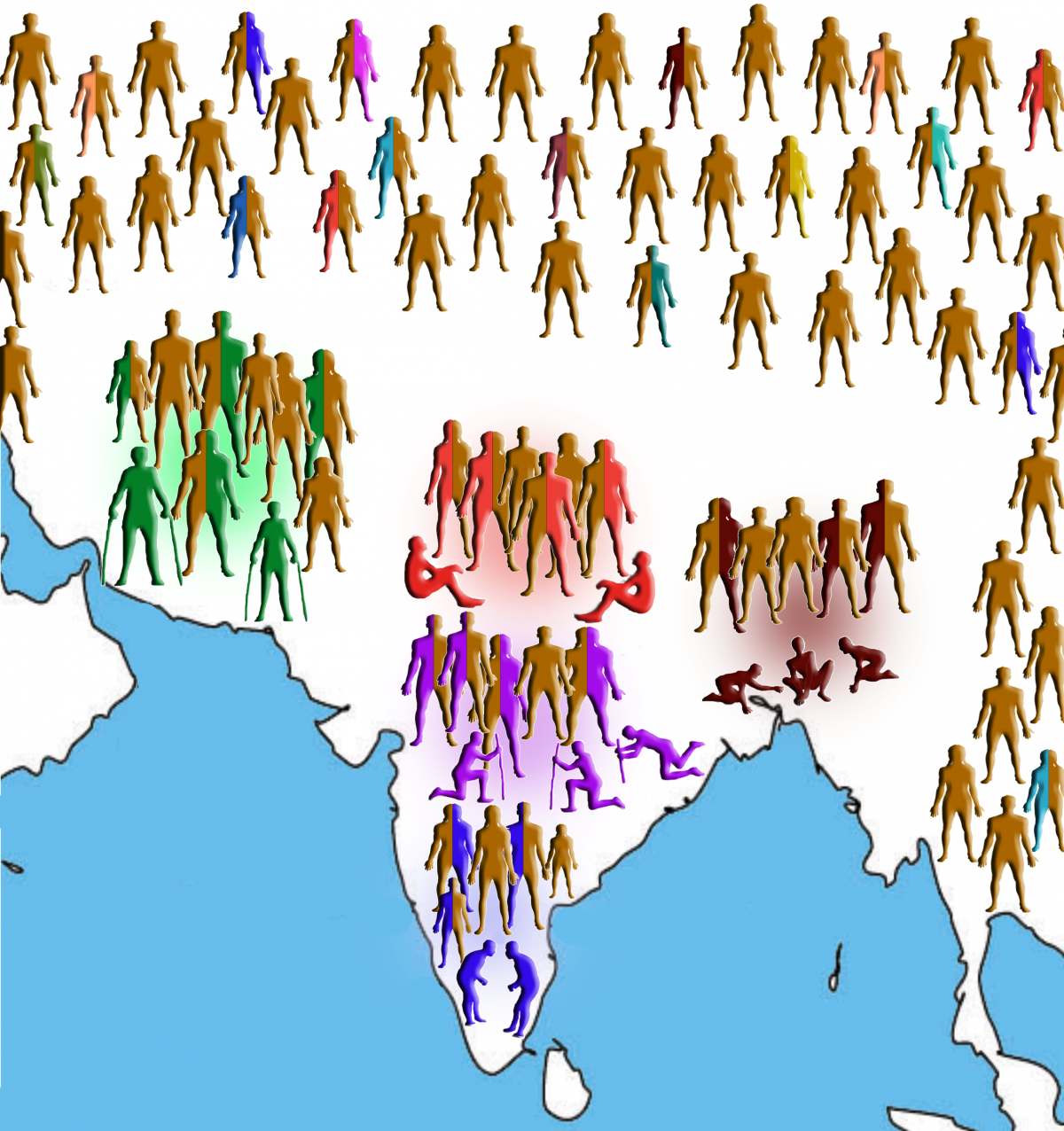 Every individual in the world carries a small number of genetic mutations that, if they occurred in two copies, would cause serious “recessive” diseases. In South Asia, “founder events” in which small numbers of ancestors carrying such mutations gave rise to large numbers of descendants – combined with barriers to marrying outside of one’s population sub-group – results in individuals inheriting two copies of these mutations relatively often, leading to a far higher rate of populations-specific diseases than elsewhere in the world.
Credit: K. Thangaraj

While the prevalence of these disease-causing genetic variants increases disease risk, it also makes them easier to detect. In the West, studies of similarly isolated populations have resulted in the discovery of many disease-causing genetic variants. This has led to screening practices that have reduced the incidence of disease. (Perhaps the most well-known examples are tests that screen those of Ashkenazi Jewish descent for the genetic variants that cause Tay-Sachs disease.) Studies have also led to biological insights that have helped in developing treatments for disease.

“In our western world there are groups that have historically had little mixture with their neighbors—Ashkenazi Jews, for instance, as well as Finns, Amish, French Canadians, and a few other groups. They have particular founder diseases that are common to them and have been intensively studied, leading to numerous discoveries about the nature of these diseases,” said Reich, a senior associate member of the Broad and professor of genetics at HMS. “But, there are only a handful of these populations in the West. The amazing thing about South Asia is there are thousands of groups like this.”

Fourteen of the groups identified in the study are made up of over a million people, according to census data. Consequently, discoveries stemming from rare disease research in these populations could impact large swaths of people in South Asia. Discovering disease-inducing genetic variants could lead to prenatal screenings to prevent disease, for instance. Efforts to screen for carrier status for disease variants have reduced the rate of rare recessive disease almost to zero in western “founder” communities that practice arranged marriage, such as ultra-Orthodox Ashkenazi Jews. Since arranged marriage is also common among some groups in India, this intervention might be similarly impactful. Moreover, studying these variants could help shed light on the mechanisms causing disease, which could lead to new treatments for those suffering in South Asia and beyond.

“Much of the focus of genetic research in India has been on diseases such as diabetes, thalassemia, or sickle cell anemia that are prevalent across populations, but that misses the huge burden of disease caused by rare conditions,” said Thangaraj, a scientist at CCMB. “I hope this study motivates people in India to study the genetic features that are specific to each of these groups and to try to translate this to actionable medical research. This is an opportunity to improve health for many in the Indian subcontinent.”