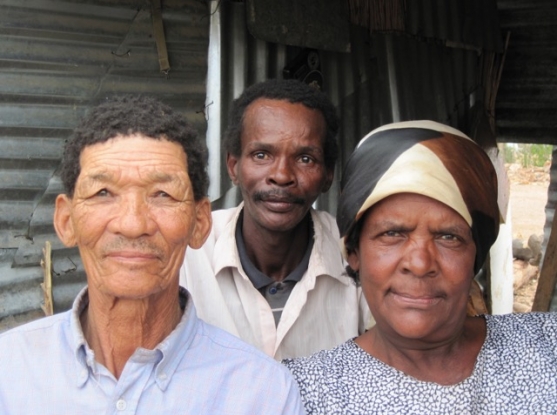 Credit : Brenna Henn
South African individuals in a household that exemplify the substantial skin pigmentation variability in the Khomani and Nama populations. Picture taken with consent for publication.
By David Cameron

By studying an African population underrepresented in most datasets, researchers find genetic complexity of pigmentation varies by latitude

Many studies have suggested that the genetics of skin pigmentation are simple. A small number of known genes, it is thought, account for nearly 50 percent of pigment variation. However, these studies rely on datasets that heavily favor northern Eurasian populations—those that reside mostly in higher latitude regions.

Reporting in the November 30 issue of Cell, researchers from the Broad Institute of MIT and Harvard, Stanford University, and Stony Brook University report that while skin pigmentation is nearly 100 percent heritable, it is hardly a straightforward, Mendelian trait. By working closely with the KhoeSan, a group of populations indigenous to southern Africa, the researchers have found that the genetics of skin pigmentation become progressively complex as populations reside closer to the equator, with an increasing number of genes—known and unknown—involved, each making a smaller overall contribution.

“Africa has the greatest amount of phenotypic variability in skin color, and yet it’s been underrepresented in large scale endeavors,” said Alicia Martin, a postdoctoral scientist in the lab of Broad Institute member Mark Daly. “There are some genes that are known to contribute to skin pigmentation, but by and large there are many more new genes that have not been discovered.”

“We need to spend more time focusing on these understudied populations in order to gain deeper genetic insights,” said Brenna Henn, assistant professor in the Department of Ecology and Evolution at Stony Brook University who, along with Martin, is a co-corresponding author.

The paper is a culmination of seven years of research that spanned several institutions, starting with a collaboration between Stellenbosch University in South Africa and Stanford University in Carlos Bustamante’s lab, where Martin and Henn trained. Martin, Henn, and their colleagues spent a great deal of time with the KhoeSan, interviewing individuals, and taking anthropometric measurements (height, age, gender), and using a reflectometer to quantitatively measure skin color. In total, they accumulated data for approximately 400 individuals. 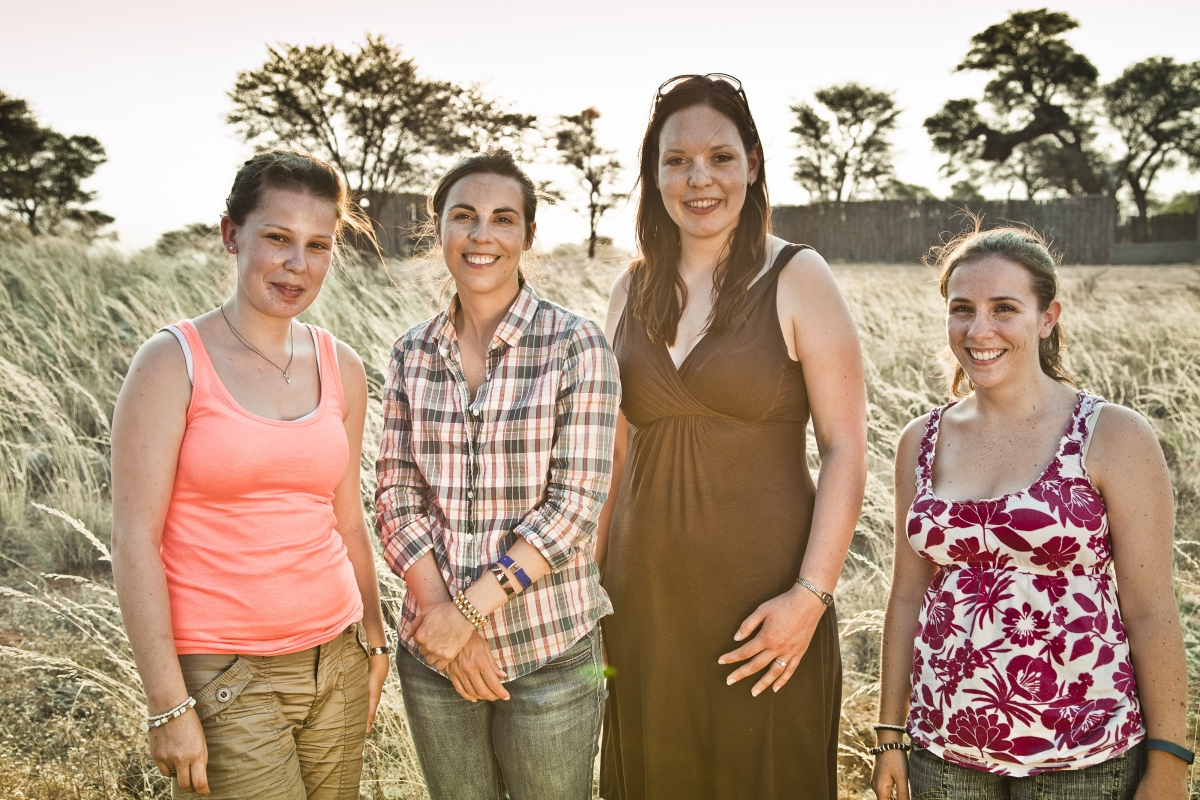 The researchers genotyped each sample — looking at hundreds of  thousands of sites across the genome to identify genetic markers linked with pigmentation measures — and sequenced particular areas of interest. They took this information and compared it to a dataset that comprised nearly 5,000 individuals representing globally diverse populations throughout Africa, Asia, and Europe.

What they found offers a counter-narrative to the common view on pigmentation.

The prevailing theory is that "directional selection” pushes pigmentation in a single direction, from dark to light in high latitudes and from light to dark in lower latitudes. But Martin and Henn’s data showed that the trajectory is more complex. Directional selection, as a guiding principle, seems to hold in far northern latitudes. But as populations move closer to the equator, a dynamic called “stabilizing selection” takes effect. Here, an increasing number of genes begins to influence variability. Only about 10 percent of this variation can be attributed to genes known to affect pigmentation.

In addition, the researchers found some unexpected insights into particular genes associated with pigmentation. A derived mutation in one gene, SLC24A5, is thought to have arisen in Europe roughly 10,000 to 20,000 years ago. However, in the KhoeSan populations it appears in a much higher frequency than recent European admixture alone would suggest, indicating that it has either been positively selected in this population, actually arose in this population, or entered the population through gene flow thousands of years ago. “We’re still teasing this apart,” said Martin.

“The full picture of the genetic architecture of skin pigmentation will not be complete unless we can represent diverse populations worldwide,” said Henn.

Martin is a member of both the Program in Medical and Population Genetics and the Stanley Center for Psychiatric Research at the Broad Institute. This work is part of the Stanley Center’s global initiative to ensure that datasets increasingly represent individuals from developing countries.

This research was funded by the Stanford Center for Computational, Evolutionary, and Human Genomics.