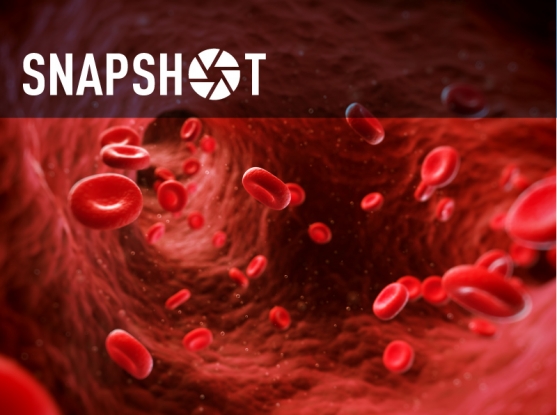 In 2009, a Nature Genetics study spearheaded by the Myocardial Infarction Genetics Consortium detected a common DNA alteration among individuals who had a higher risk for suffering heart attacks. Over the next several years, that same variant in the genome showed up in studies on the genetics of migraines, fibromuscular dysplasia, cervical artery dissection, and hypertension — all categorized as vascular disorders.

Finding associations between genetics and such disorders is only part of the process when it comes to understanding the biology, however. A team led by Sekar Kathiresan — founder of the Myocardial Infarction Genetics Consortium, institute member and co-director of the Medical and Populations Genetics Program at the Broad Institute, and director of the Center for Genomic Medicine at Massachusetts General Hospital — and Rajat Gupta, a postdoctoral research fellow in Kathiresan’s lab, recently revisited this spot in the genome to map it and determine the mechanisms by which one DNA variant could affect so many disorders.

The researchers zeroed in on a single-nucleotide polymorphism (SNP) that appeared to be the causal mutation, typically consisting of an adenine nucleotide but appearing as a guanine nucleotide in roughly a third of the population, located in a region of noncoding DNA that falls within the PHACTR1 gene. But the team determined that the SNP, called rs9349379, actually regulates the expression of a different gene upstream: EDN1, which codes for a precursor of the endothelin-1 protein. The results were published today in Cell.

The team identified the connections between rs9349379 and EDN1 by deleting a region of DNA at the SNP in human pluripotent stem cells and then converting these immature cells into endothelial cells and vascular smooth muscle cells. These experiments revealed that rs9349379 affects the activity of the EDN1 gene.

EDN1 has previously been shown to affect the ability of blood vessels to dilate or constrict. Higher levels of endothelin-1 can cause the arteries to harden, suggesting a mechanism of action for rs9349379 to increase risk for certain vascular disorders. The presence of a guanine nucleotide at rs9349379 was associated with higher levels of the endothelin-1 precursor protein produced by EDN1, as well as higher rates of coronary artery disease and lower rates of migraine headache, cervical artery dissection, fibromuscular dysplasia, and hypertension.

Identifying such interactions between distant sites in the genome demonstrates the power of unbiased studies to provide new biological knowledge. This work offers a model for making sense of the thousands of genetic loci associated with disease that are not yet fully understood.

Refining the genetic map of IBD

Here there be dependencies: Putting cancers’ vulnerabilities on the map
After a decade of genome-wide association studies, a new phase of discovery pushes on