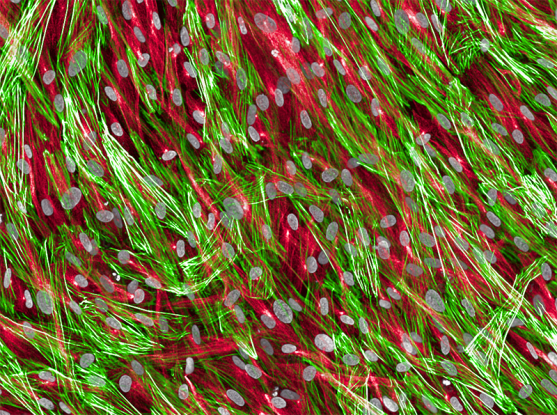 Scientists from the Precision Cardiology Lab (PCL) of the Broad Institute of MIT and Harvard and Bayer have generated detailed maps of a variety of cell types in the heart that are involved in two major causes of heart failure: dilated and hypertrophic cardiomyopathy (DCM and HCM), which both impair the heart’s pumping ability.

The team’s findings, published today in Nature, suggest specific cell types and biological mechanisms that could be targeted by new treatments. Heart failure is one of the most common causes of hospitalization in the United States. Existing drugs are limited and many patients ultimately die from heart failure.

To create their cellular maps, the researchers used single-nuclei RNA sequencing (RNA-seq), which reveals which genes are active and at what levels in individual cells. They studied heart tissue from patients with late-stage heart failure and found that DCM and HCM heart cells expressed different genes than non-failing hearts, but that gene expression profiles were similar for DCM and HCM patients. Some cardiomyopathy patients also had a unique set of fibroblasts, or connective tissue cells, that the researchers think could contribute to tissue scarring in heart failure and could be a target of future treatments.

This study builds on a previous effort to catalog individual cells in the healthy human heart, and is the result of close collaboration with the team of Ken Margulies, a professor of medicine and heart failure physician at the University of Pennsylvania. Mapping cells involved in distinct forms of heart failure could help researchers identify markers that would allow them to differentiate between disease types and predict clinical outcomes.

“Right now, almost all forms of heart failure are all treated similarly, regardless of their cause,” said Patrick Ellinor, who led the team and is an institute member at the Broad, director of the Demoulas Center for Cardiac Arrhythmias at Massachusetts General Hospital, and a professor at Harvard Medical School. “Our goal was to ask, in people with disease, are there cell populations or genes expressed that are different between health and disease? And yes, we found that genes indicating highly active cardiac fibroblasts were found in some patients with disease.”

"Bayer and Broad scientists worked side by side to generate, analyze, and validate the data in this study. This level of collaboration between academia and the pharmaceutical industry is extremely rare," said Carla Klattenhoff, senior director and head of the joint Precision Cardiology Laboratory of Bayer and the Broad. "This map is an amazing resource for the cardiology field."

"This is an important scientific contribution towards deepening our understanding of disease to deliver precision medicines for cardiology," added Ulrich Nielsch, head of Therapeutic Area 1 at Bayer.

Previous studies have found that failing hearts have unique gene expression profiles, or transcriptomes, compared to healthy hearts, but that work generated only single genetic fingerprints for the entire heart. Using single nuclei RNA-seq, by contrast, Ellinor’s team used computational methods to separate transcriptional signatures by cell type. This also allowed them to pick up signatures of rare cell types whose signals might have been drowned out in bulk analysis.

In their study, the scientists looked at DCM and HCM, which cause heart failure in different ways. In DCM the left ventricle of the heart dilates and its walls thin, and in HCM the heart’s walls grow stiffer and thicker. To their surprise, the researchers found that despite these differences, the conditions have the same transcriptional fingerprint. With further research, this finding could help physicians better identify which forms and stages of heart failure are similar and which aren’t, and fine-tune treatments accordingly.

Ellinor’s team also found that the abundance of certain heart cell types differed between cardiomyopathy and healthy patients. Failing hearts had fewer muscle cells but more fibroblasts than non-failing hearts, which could indicate the presence of scar tissue. Among these fibroblasts, the researchers also discovered a unique population in only failing hearts. “It was striking to us how specific the transcriptional profile of these cells really was,” said Mark Chaffin, a computational scientist at the Broad and first author of the study. “There were thousands of these nuclei in cardiomyopathy hearts compared to virtually none in non-failing hearts.”

Using CRISPR screens, the team studied the function of key genes that differentiated this population of fibroblasts from normal cardiac fibroblasts. They found that several genes were necessary for cardiac fibroblasts to transition from a dormant to an active state, in which cells form scar tissue that can impede heart pumping. Chaffin says these genes could be possible targets of future treatments for chronic scar tissue formation, or fibrosis.

In the future, the researchers hope to find a way to detect heart failure in its earliest stages in patients, by looking for signs of certain types of fibroblasts or higher levels of scarring in the heart. To achieve this goal, the team has started investigating whether they can detect markers of activated fibroblasts in blood.

Ellinor’s team will also work to generate single-cell maps of other cardiovascular conditions including ischemic heart disease and atrial fibrillation.

This work was supported by Bayer AG, the Leducq Foundation, the National Institutes of Health, and the American Heart Association. 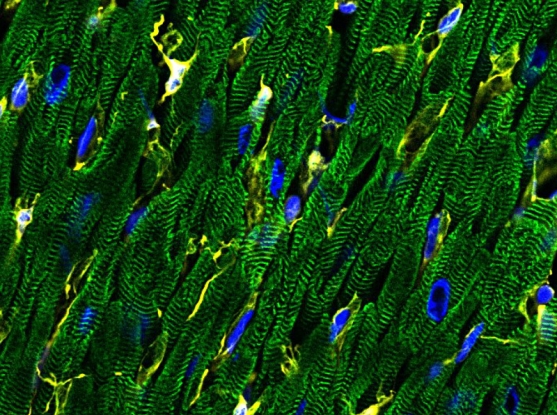 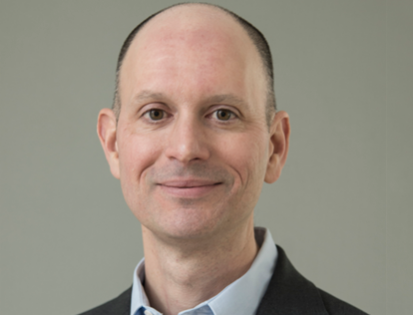