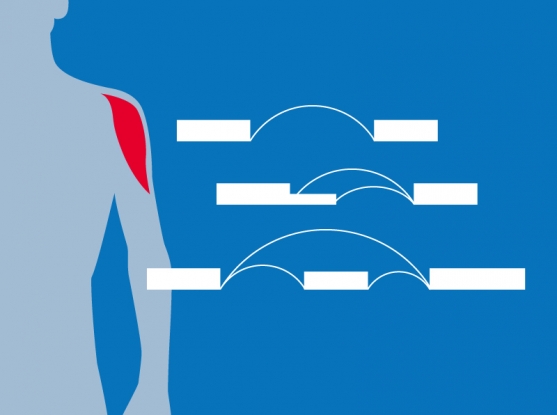 Broad Institute scientists deploy RNA sequencing to nail down disease-causing gene mutations in patients for whom genetic analysis failed to return a diagnosis. The study demonstrates the power of RNA sequencing to augment standard diagnostic tools in the clinic.

Recent advances in large-scale clinical DNA sequencing have led to genetic diagnoses for many rare disease patients, but the diagnosis rate based on these approaches is still far from perfect. On average, clinicians are unable to provide a genetic diagnosis for over half of patients in the clinic. The lack of a clear genetic diagnosis can lead to profound uncertainty about patients’ long-term prognoses, treatment options, and family planning decisions.

In a new Science Translational Medicine study, a team led by researchers from the Broad Institute of MIT and Harvard and the National Institute of Neurological Disorders and Stroke adds RNA sequencing to the diagnostic toolkit to identify disease-causing mutations buried inside the genome.

The researchers sequenced the RNA from muscle samples of 50 patients with undiagnosed genetic muscle disorders — who had undergone extensive genetic testing — and, in conjunction with DNA sequence information and a reference database, successfully located pathogenic mutations that had previously gone undetected in one-third of the patients. The study firmly positions RNA sequencing as a tool that adds additional power to the existing set of technologies deployed to solve genetic disease mysteries.

“For some patients, we know that there is variation in the human genome, with an effect on the transcript, that we just haven’t been capturing with our traditional genetic sequencing methods,” says senior author Daniel MacArthur, co-director of the Medical and Population Genetics Program at the Broad Institute and group leader at Massachusetts General Hospital. “With RNA sequencing, we were able to take a set of patients who had gone through diagnostic odysseys — often lasting many years, where many methods had been used to try to detect the cause of their disease without success — and find the biological answers that previous technologies had missed.”

Having a molecular diagnosis in-hand is a medical milestone for some patients and their families, and opens the door to potential therapies while offering some peace of mind. “For example, one patient’s family had opted to delay having other children until they knew the genetic basis of her condition,” MacArthur adds. “Our clinical collaborators were able to report that they had found the genetic cause, and now the parents have the option of prenatal testing for that mutation.”

The study demonstrates that RNA sequencing, or RNA-seq, applied to relevant tissue samples and coupled with genetic analysis, can detect pathogenic mutations hidden in the noncoding sections of a gene, highlight relevant mutations missed in the noise of whole-genome analysis, and rule out other genetic variants suspected to cause disease. Previously, the technology was rarely applied in a clinical setting, and then only for single patients when specific mutations were already suspected — but the research team saw the potential for RNA-seq to augment other clinical tools earlier in diagnostics.

The researchers first tested and refined their approach on a group of 13 patients with genetic muscular disorders that had been previously diagnosed, and then applied it to a cohort of 50 patients for whom traditional genetic testing had failed to provide a diagnosis. The team sequenced RNA from samples of muscle tissue from the patients, looked for aberrations in the transcripts when compared with a reference dataset from the Broad’s Genotype Tissue Expression Consortium project, and then verified the culpable mutations in the patients’ DNA to successfully diagnose 17 participants.

“Ultimately, our hope is to provide a definitive molecular diagnosis to every patient living with a genetic neuromuscular disorder. Having the diagnosis is a prerequisite for making more precise gene- or mutation-directed treatments, which are currently being developed, available to a patient,” says Carsten Bönnemann, a pediatric neurologist and senior investigator at the National Institute of Neurological Disorders and Stroke and paper co-author. “Our results suggest that RNA sequencing is a new genetic diagnostic tool that helps take us one step closer to that goal.”

In one example, four unrelated patients were diagnosed with a new genetic subtype of severe collagen VI-related dystrophy, caused by a mutation in a gene called COL6A1 that was detected through RNA-seq. Then, the research team went back to their remaining undiagnosed patients and reached out to external collaborators who had undiagnosed patients with similar symptoms, and successfully diagnosed another 27 patients with exactly the same mutation (occurring independently in each case).

“It turned out to be a fairly common cause of the disease that, because of the limited reach of genetic testing up to that point, we had simply not been able to recognize,” says Bönnemann. “The result had a diagnostic impact far beyond our initial cohort.”

Notably, this type of mutation lends itself to a treatment method called “exon skipping” that has already been approved by the U.S. Food and Drug Administration in a drug to treat different mutations for Duchenne muscular dystrophy. Bönnemann and colleagues are currently working on a collagen VI-related dystrophy therapy based on this approach, specifically targeting the newly discovered COL6A1 mutation.

Going forward, the team is also working to understand how RNA-seq can be applied to novel disease gene discovery and diagnosis through proxy tissue samples, when the affected tissue isn’t available for biopsy — whether that involves directly analyzing tissue from other parts of the body or trying to grow the affected tissue from induced pluripotent stem cells obtained from the patient.

“This is a new framework to incorporate RNA sequencing into diagnostic approaches,” says Beryl Cummings, a Harvard University graduate student in MacArthur’s lab and first author on the paper. “Moving forward, we believe RNA-seq could be useful for the genetic diagnosis of a broader class of rare diseases and for the identification of novel disease genes. This will involve thinking about the tissue of interest and the accessible controls and tissues, and continuously improving upon the techniques we’ve developed. RNA sequencing has really become a core tool in our analysis kit.”

Learning lessons from the past, MBC Project engages patients to diversify medical research
An atlas of immune cells gets expanded