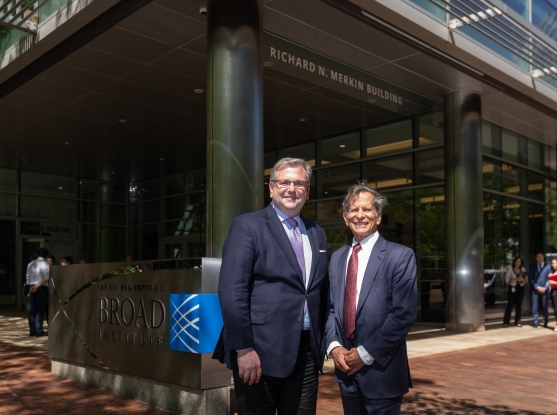 The Merkin Family Foundation announced a major new annual global prize to recognize the critically important role innovative technology plays in improving human health, and to raise awareness of the inspirational people doing the work. The prize announcement was included in a series of events at the Broad Institute including a science symposium and gala dinner honoring Dr. Merkin for his contributions to advancing the next generation of scientific pioneers on May 18, 2022.

The Richard N. Merkin Prize in Biomedical Technology, based at the Broad Institute of MIT and Harvard in Cambridge, Massachusetts, will annually recognize up to four individuals from anywhere in the world who have developed a technology that has had a substantial impact on human health, with a cash award of at least $400,000.

Eligibility for the Merkin Prize extends to all investigators who have developed relevant health innovations, regardless of their place of employment, including academia, the commercial sector, or government. Detailed information about the nomination process for the 2023 award will be posted later this year at merkinprize.org. 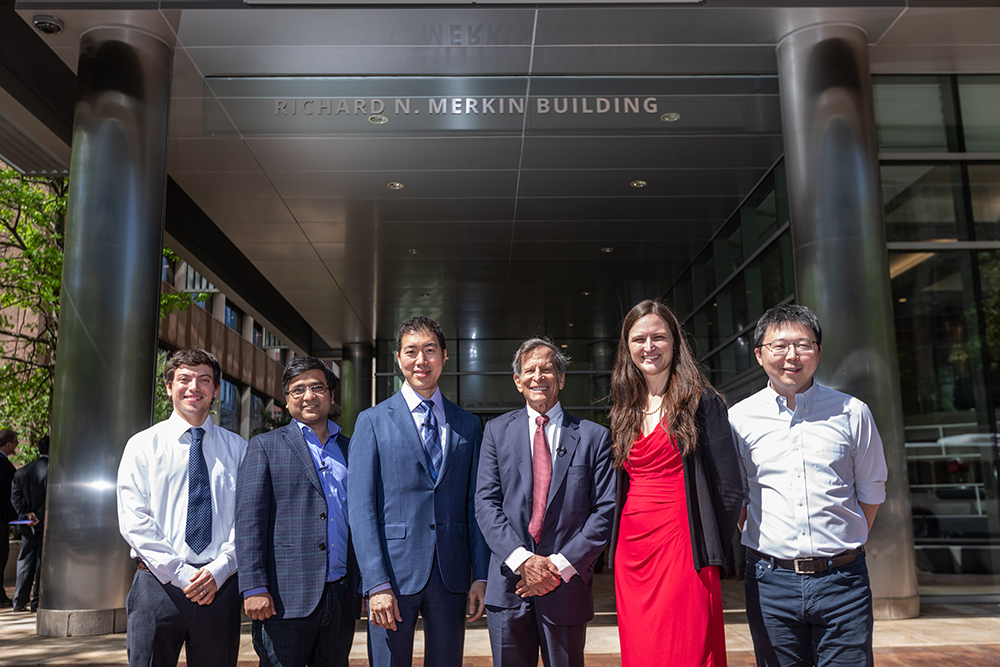 “By shining a light on the innovators making a difference in patient care through engineering, technology, and across the life sciences, we hope to inspire further innovation to impact enhanced care for patients,” said Dr. Merkin, founder of the Heritage Provider Network, one of the country’s largest physician-owned integrated health care systems. “Our goal is to recognize these innovators as they create better care opportunities for patients everywhere,” he continued. Through philanthropy, community work, awards, and other commitments, Dr. Merkin has long championed causes that support promising researchers and drive discovery through the development of bold new technologies.

Harold Varmus, former director of the National Institutes of Health and recipient of the Nobel Prize in Physiology or Medicine for his work on the origins of cancer, will chair the award selection committee. Among other considerations the committee will select individuals who have developed technologies that have the potential to help level the healthcare playing field and make advanced healthcare accessible to all.

“The role of technology is too often overlooked when awarding prizes for discoveries that improve human health,” Varmus said. “This new prize will highlight the importance of technology for driving discovery and for applying new knowledge to the prevention and treatment of disease.”

Todd Golub, Director of the Broad Institute of MIT and Harvard, shared details of the Merkin Prize at the May 18 event.

“We envision this prize as celebrating the most impactful health technologies and inspiring talented new leaders to enter the field,” Golub said. “Dr. Merkin has a long history of supporting visionary early-career scientists through his philanthropy, and we are proud to partner with his team on this prize to help celebrate and encourage transformative biomedical technology development around the world.” 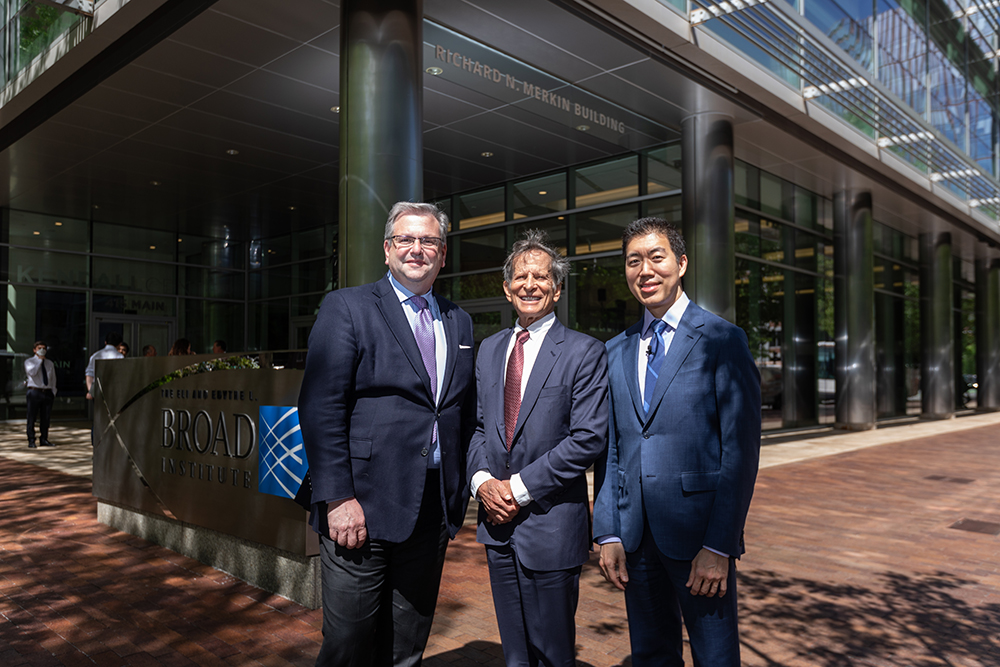 Credit: Erik Jacobs
David R. Liu, (right) the Richard Merkin Professor and Director of the Merkin Institute for Transformative Technologies in Healthcare at the Broad Institute, joined Todd Golub and Dr. Merkin at the celebrations on May 18, 2022.

For many years Dr. Merkin has worked to advance biomedical research aimed at directly improving the lives of patients. In addition to supporting more than twenty promising early-career scientists at the Broad Institute, he established an endowed professorship at Broad currently held by core institute member David R. Liu. Dr. Merkin continues to support the founding of the Merkin Institute for Transformative Technologies in Healthcare, an endeavor that funds novel, early-stage ideas aimed at advancing powerful technological approaches for improving how we understand and treat disease.

Among his many other prize challenges, in 2011, Dr. Merkin launched the $3 million Heritage Health Prize, a global competition challenging entrants to create an algorithm to predict and prevent avoidable hospitalizations, potentially saving the country over $30 billion annually. This year, his philanthropy enabled the Richard N. Merkin Center for Pure and Applied Mathematics at Caltech, which will catalyze scientific progress by creating a hub for mathematical research on the West Coast.

About the Merkin Family Foundation

Richard Merkin, M.D. is the founder and CEO of Heritage Provider Network, Inc. (HPN). HPN is the largest physician-owned managed care organization in the country dedicated to value-based healthcare delivery improvements. HPN develops and manages coordinated, patient-doctor centric, integrated health care systems that offer some of the strongest solutions for the future of health, care, and cost in the United States. HPN and its affiliates operate in New York, California, Arizona, and Colorado, providing high-quality, cost-effective healthcare with over one million patient members. HPN is dedicated to quality, affordable health care, and putting patients' wellness first.

About Broad Institute of MIT and Harvard

Broad Institute of MIT and Harvard was launched in 2004 to empower this generation of creative scientists to transform medicine. The Broad Institute seeks to describe the molecular components of life and their connections; discover the molecular basis of major human diseases; develop effective new approaches to diagnostics and therapeutics; and disseminate discoveries, tools, methods, and data openly to the entire scientific community.

Founded by MIT, Harvard, Harvard-affiliated hospitals, and the visionary Los Angeles philanthropists Eli and Edythe L. Broad, the Broad Institute includes faculty, professional staff, and students from throughout the MIT and Harvard biomedical research communities and beyond, with collaborations spanning over a hundred private and public institutions in more than 40 countries worldwide.