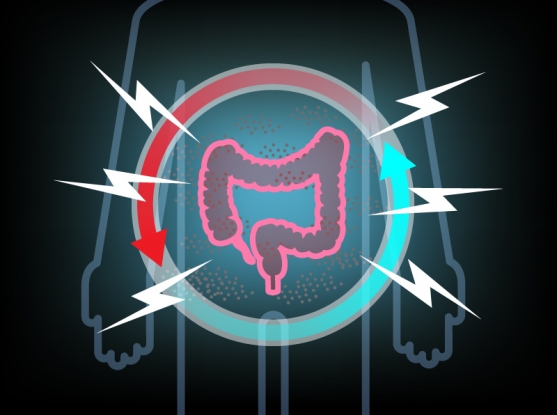 When our body’s defense cells detect harmful pathogens they kill them and alert rest of the immune system. Sometimes this killing goes overboard, and our defense system starts attacking healthy cells leading to a condition called autoimmunity.

In a study published today in Cell Reports, researchers used genetic screening and mouse models to identify a “feedback loop” in our immune system that stops inflammation before it can become a threat to the body. The study was led by senior author Ramnik Xavier, core institute member and co-director of the Infectious Disease and Microbiome Program (IDMP) at the Broad Institute of MIT and Harvard, with co-first authors Daniel Graham, senior group leader and research scientist in the IDMP and graduate student Guadalupe Jasso.

The team began by performing a series of experiments in order to determine how a group of genes important to Inflammatory Bowel Disease manages antibacterial defense without causing damage to healthy cells.

After the onset of infection there is an initial burst of antimicrobial nitric oxide (NO) molecules, produced by the enzyme iNOS. At the same time, the cells release inflammatory proteins called cytokines that alert the wider immune system about pathogen invasion. However, NO is a double-edged sword. While it is toxic to pathogens, too much can damage healthy cells.

In order to guard against this, the researchers found that NO also induces an antioxidant response, namely, a mechanism that protects against the very stress it can produce. It does this by engaging two proteins, KEAP1 and NRF2. These two proteins combine and subsequently activate the protein PRDX5 which in turn seeks out and suppresses NO and also decreases levels of cytokines. All together, this feedback loop (iNOS —​> NO —> KEAP1/NRF2 —> PRDX5 —> NO) stops inflammation.

What’s more, the researchers discovered that when the feedback loop breaks down, inflammation can escalate out of control.

“There is an initial ramp up in the inflammatory response and then a deceleration toward resolution and healing. Both of these are connected via the feedback loop, not just conceptually, but also mechanistically,” said Graham.

Future research may look at the possibility of discovering small drug molecules which can induce this protective feedback loop in IBD patients without involving initiation from NO.

“Overall this study is part of a longstanding effort to understand IBD risk, progression, and opportunities for treatment,” said Graham.

This work was funded by the Helmsley Charitable Trust along with the National Institutes of Health.