By By Haley Bridger, Broad Communications 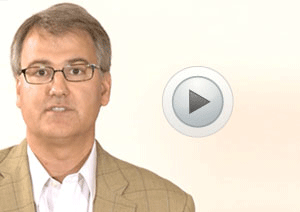 Robert Plenge, a research scientist and a member of the Broad Institute’s Program in Medical and Population Genetics, has received a grant for $1.5 million every year for five years through the National Institutes of Health Pharmacogenomics Research Network (PGRN). Plenge will use the grant to uncover genetic variants that can predict whether a patient will respond to a class of drugs for rheumatoid arthritis.

Rheumatoid arthritis (RA) is a debilitating, chronic disease in which inflammation leads to the destruction of a person’s cartilage and joints. Many drugs for rheumatoid arthritis are available, but it’s impossible to accurately predict which patients will respond well to treatment. The most commonly administered first-line drug doesn’t work for the majority of patients – a result that can only be determined after several months of unsuccessful treatment, by which point joint destruction has progressed.

Plenge and his colleagues want to compare the genomes of patients who respond well and patients who don’t respond at all to drugs that block TNF-alpha, a factor involved in the immune system’s inflammatory response. They will be hunting for single nucleotide polymorphisms (SNPs), which are single “letter” genetic differences at specific sites in the genome that differ between patients who are helped by the drug and those who are not.

Plenge, who is the director of genetics and genomics in the Division of Rheumatology, Immunology, and Allergy at Brigham and Women’s Hospital and an assistant professor at Harvard Medical School, has been studying autoimmune diseases for the past seven years. Working with a group of international collaborators, Plenge has helped double the number of genetic variants that are associated with the risk of RA. “We’ve been quite successful at identifying genetic predictors of rheumatoid arthritis risk,” Plenge said. For these studies, Plenge and his collaborators had access to more than 15,000 patient samples. Unfortunately, information on whether or not these patients responded to treatment is only available for a small fraction of these samples.

“In contrast to a few years ago when the bottleneck was the genetic technology, today one of the bottlenecks is actually having access to a large sample collection with a rigorously defined phenotype like treatment response,” said Plenge.

Plenge is a part of the Broad’s Program in Medical Population Genetics research community and values the exchange of ideas as well as the resources available at the Broad. “The amazing thing about the Broad is that it’s constantly on top of the most up-to-date technologies,” Plenge said. Plenge cited the Broad’s Biological Samples Platform (BSP) as another great resource for the project. BSP will be the primary biological repository for samples collected at Boston-area hospitals and will also hold samples transferred from the other hospitals.

The grant through PGRN will allow Plenge’s team to develop algorithms and conduct a large-scale search for genetic variants. In addition, Plenge’s group will be a part of a network of interactive research groups from across the country studying genetic variants that influence people’s responses to a variety of medications. Other researchers in the network who have also received funding from PGRN will be looking for genetic predictors of response to different cancer therapies, treatment for bipolar disorder, treatment for nicotine addiction, asthma medications, and more.

The researchers will convene several times each year and will have monthly conference calls to share strategies and approaches. “The hope is that we can all learn from each other,” said Plenge. “It’s a chance to learn about what other people are doing and how they are thinking about genetic studies of treatment response in a variety of diseases.”

Plenge began his post-doctoral research training with Broad Institute core member David Altshuler in 2002. Since then, he has been awarded the Young Investigators Award (2008) in the Department of Medicine at Brigham and Women’s Hospital, a Career Award for Medical Scientists through the Burroughs Wellcome Fund (2008), and an Excellence in Tutoring Award from Harvard Medical School (2007 and 2008).