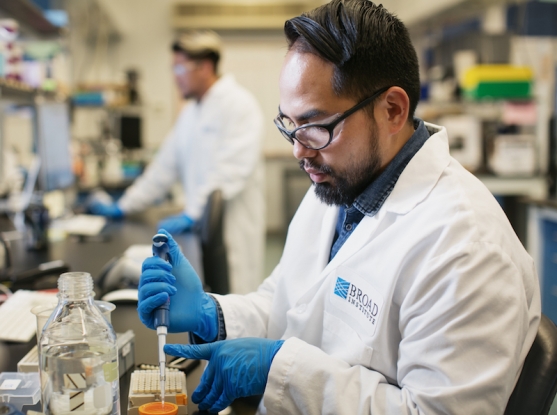 Welcome to the November 9, 2018 installment of Research Roundup, a recurring snapshot of recent studies published by scientists at the Broad Institute and their collaborators.

The ability to determine whether a treatment is working by examining cell-free DNA in the bloodstream would allow physicians to make better treatment decisions. A team led by Atish Choudhury and Viktor Adalsteinsson in the Broad Cancer Program's Blood Biopsy group sequenced more than 600 blood biopsies from 140 patients with castration-resistant prostate cancer and determined the fraction of DNA derived from tumors, which they hypothesized would be a reliable disease biomarker. Reporting in JCI Insight, they found that the decline in the fraction of tumor-derived DNA upon start of a new treatment is a promising biomarker for response.

To fix some disease genes, let the cell repair itself

Scientists once thought that the cell’s natural “end-joining” process of repairing DNA breaks was too error-prone to exploit for CRISPR-based editing, beyond simply breaking genes. Core institute member and Merkin Institute for Transformative Technologies in Healthcare director David Liu, Cell Circuits Program associate member David Gifford at MIT, and Brigham and Women’s Hospital's Richard Sherwood led work to build a machine-learning model called inDelphi that can predict how cells repair DNA broken by Cas9. Reporting in Nature, they found that repairs are often precise and predictable, sometimes fixing disease mutations to a healthy state, and they used inDelphi to correct mutations in cells from patients with two rare genetic disorders. Read more in a Broad news story and in Bio-IT World.

Some 20 percent of all human cancers harbor mutations in at least one component of a family of protein complexes called cBAF, PBAF, and ncBAF. These complexes' specific roles in disease have been unclear, but a research team including Brittany Michel, Andrew D’Avino, Seth Cassel, and institute member and Epigenomics Program co-director Cigall Kadoch has now identified mutations in ncBAF components in two aggressive cancers: synovial sarcoma and malignant rhabdoid tumors. The findings suggest that therapies that disrupt ncBAF might be effective against these tumors. Read more in Nature Cell Biology, a news story from Dana-Farber Cancer Institute, and a tweetorial.

In Cell, a team led by senior associate member David Reich from the Program in Medical and Population Genetics and colleagues reveals two previously unknown human migrations from North to South America, detected using ancient DNA. The analysis of 49 individuals, spanning about 10,000 years, indicates that the majority of Central and South American ancestry arrived via three different streams of people entering from North America — all arising from one ancestral lineage of migrants who crossed the Bering Strait more than 15,000 years ago. Within this one ancestral lineage, there were two streams of gene flow from North to South America, one of which was later displaced. Read more in press releases from Harvard Medical School, Cell, and HHMI, and coverage in the New York Times. 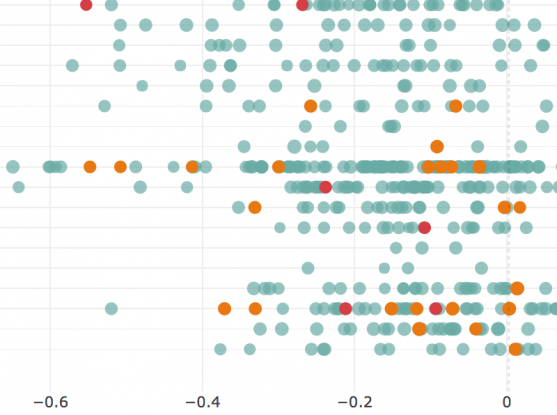