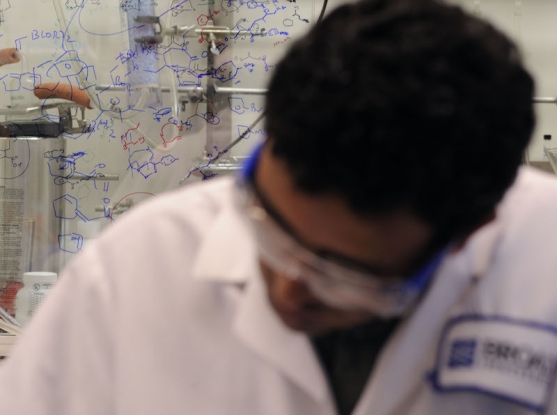 A new view of the retina, chemistry yields a potential melanoma blocker, exploring the genetics of blood clot risk, and more

Welcome to the November 1, 2019 installment of Research Roundup, a recurring snapshot of recent studies published by scientists at the Broad Institute and their collaborators.

Putting the retina on the map

Post-translational histone modifications are thought to help regulate cell differentiation by altering gene expression, but researchers lack good tools to study the biological function of specific modifications. Associate member Konrad Hochedlinger in the Epigenomics Program and the Harvard Stem Cell Institute and his colleagues have developed a mouse model that expresses inducible histone H3 lysine-to-methionine (K-to-M) mutations, which inhibit methylation at specific sites. Mice expressing the H3K36M mutation developed severe anemia with arrested erythropoiesis and rapid lethality. Those with the H3K9M mutation survived up to a year but showed other defects in blood cell development, and some later died of T cell leukemia/lymphoma. Read more in Nature Cell Biology.

A compound discovered at the Broad called DNMDP is known to kill cancer cells that have elevated expression of the enzymes PDE3A and SLFN12, but its chemical structure makes it unsuitable for therapeutic development. A team led by Timothy Lewis and institute member Matthew Meyerson in the Cancer Program and at Dana-Farber Cancer Institute now describes their hunt for similar compounds that would be more appropriate for testing in vivo. The researchers found and further optimized several candidates, increasing their potency and improving their pharmacological properties. One of these compounds, BRD9500, showed good activity in a mouse model of melanoma. Read the full story in ACS Medicinal Chemistry Letters.

Lurking in the veins

Blood clots that form in the veins can be deadly if they spread in the circulation, yet relatively little is known about this common vascular disorder, called venous thromboembolism (VTE). A large genetic study in Nature Genetics led by Derek Klarin and associate member Pradeep Natajaran in the Program in Medical and Population Genetics and at Massachusetts General Hospital and Boston VA Healthcare System looked at data from 650,000 people and uncovered 22 new regions in the genome associated with the condition, tripling the number of known regions. The team also developed a polygenic score that flagged five percent of the study population as having a two- to three-fold increased future risk for VTE. Read the Broad news story. 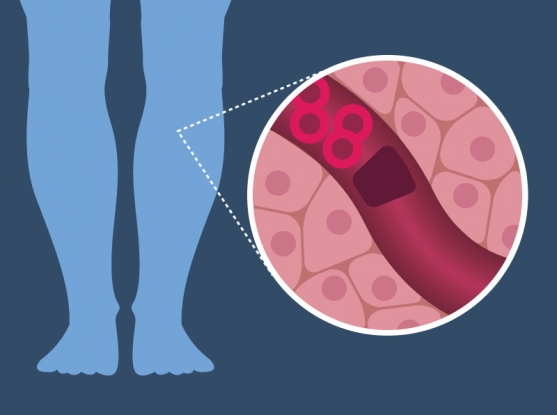