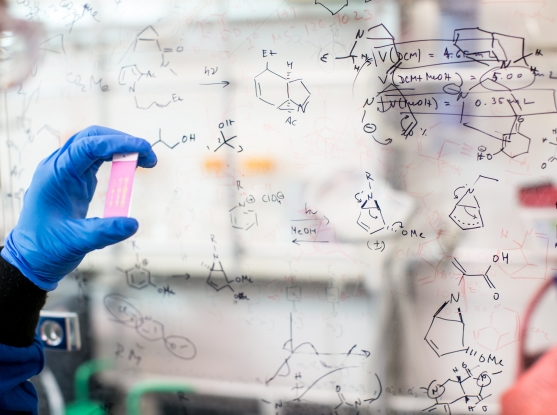 Welcome to the March 8, 2019 installment of Research Roundup, a recurring snapshot of recent studies published by scientists at the Broad Institute and their collaborators.

It’s unclear how anti-PD1 “checkpoint-blockade” therapy works to reinvigorate dysfunctional T cells in tumors. A team led by Cancer Program associate member W. Nicholas Haining, Brian Miller, and Debattama Sen found that anti-PD1 therapy acts on a subpopulation of exhausted CD8+ T cells. Reporting in Nature Immunology, they describe how CD8+ tumor-infiltrating lymphocytes acquire a state of “exhaustion” transcriptionally and epigenetically similar to that induced by chronic viral infections. These exhausted cells contain a subpopulation of “progenitor exhausted” cells that are better able to control tumor growth than the terminally exhausted cells into which they differentiate. Their work suggests that expanding the population of progenitor exhausted cells could help patients respond better to checkpoint blockade.

To enhance in vitro testing of small molecule and nucleic acid therapies in development, a team led by Liliana Mancio-Silva and institute member Sangeeta Bhatia (both at MIT) refined their engineered human microlivers to better represent a range of drug metabolism rates. Reporting in Cell Metabolism, they silenced central drug metabolism genes and tuned drug metabolism by directly manipulating gene expression patterns, which can be useful for testing the efficacy or toxicity of candidate therapies in both high- and low-metabolizing genotypes. They also applied their platform to target hepatocytes and model the effectiveness of two new alternatives to conventional drugs.

Reading a cell's family history in its mitochondria

As costs go down and awareness rises, more healthy people are asking to have their genome sequenced out of curiosity about what their genes hold for their future health (as opposed to disease symptoms or history). To better understand early adopters’ experiences, MPG associate member Robert Green at Brigham and Women's Hospital and colleagues in the PeopleSeq Consortium surveyed more than 540 healthy people who participated a sequencing project, finding that respondents often harbored privacy concerns before signing up but found the experience valuable. Few, though, reported making lifestyle or medical changes based on the results. Learn more in Genome Medicine and GenomeWeb (registration required).