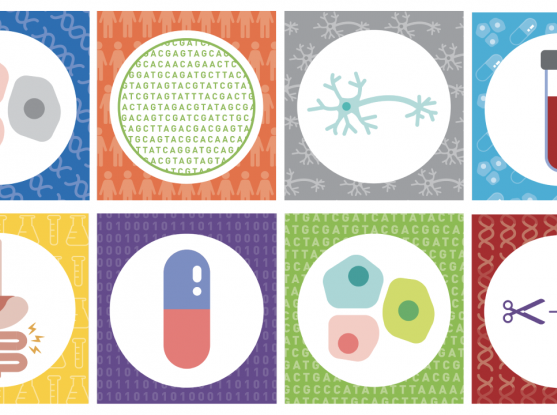 Welcome to the March 26, 2021 installment of Research Roundup, a recurring snapshot of recent studies published by scientists at the Broad Institute and their collaborators.

GWAS studies play a powerful role in determining how genetic variants affect risk for various diseases. However, because most GWAS data has been gathered from people of European descent, their accuracy — and ability to uncover new variants — is limited in underrepresented groups. In American Journal of Human Genetics, associated scientist Alicia Martin, members of the NeuroGAP-Psychosis study team and Program in Medical and Population Genetics (MPG), and colleagues have shown that low-coverage next-generation sequencing provides a cost-effective alternative to commonly-used GWAS arrays for populations of non-European descent. They demonstrated that sequencing coverage as low as 4x allows for the identification of variants that haven’t been observed in other populations, while keeping costs comparable to traditional GWAS approaches.

The importance of when, not where, a neuron was born

Cholinergic neurons, which produce the neurotransmitter acetylcholine, help control attention, motivation, and learning via these neurons' projections into the forebrain. Although recent studies have shown that these projections stimulate different forebrain regions in a highly specific manner, little is known about how neurons coordinate their activity. Kathryn Allaway, Robert Machold (NYU), institute member Gordon Fishell of the Stanley Center, and colleagues showed that the relative age (stage at which they arose during development) of these neurons determines what region of the forebrain they stimulate. Older neurons tend to project deep into the center, while younger neurons only reach into the periphery. Read more in eLife.

Increased levels of hydrogen sulfide-producing bacteria in the gut are associated with diseases such as inflammatory bowel disease, Crohn’s disease, ulcerative colitis, and colorectal cancer. Institute member Emily Balskus in the Chemical Biology and Therapeutic Science Program and colleagues report the structure of a glycyl radical enzyme, isethionate sulfite-lyase (IslA), that in the bacterium Bilophila wadsworthia cleaves the C-S bond in isethionate to produce sulfite, a precursor of hydrogen sulfide. Better understanding of the mechanism by which B. wadsworthia cleaves this bond could lead to medical therapies that target hydrogen sulfide-producing bacteria. Read more in Cell Chemical Biology.

When developing a new drug molecule, chemists need to know its binding free energy, a measure of its affinity for its protein target. However, this number is notoriously difficult to calculate. By combining classical chemistry calculations with machine learning techniques drawn from the computer vision field, Xinqiang Ding (MIT) and associate member Bin Zhang of the Epigenomics Program developed an approach called DeepBAR that can compute a drug-target combination's binding free energy 50 times faster than current methods. DeepBAR's efficiency could make it useful for drug screening and protein design and engineering. Learn more in Journal of Physical Chemistry Letters and an MIT news story.

To explore the human body’s cell lineage, a team including Sara Bizzotto, Yanmei Dou (HMS), Javier Ganz, Peter Park (HMS), and MPG associate member Christopher Walsh of Harvard Medical School and Boston Children’s Hospital performed high-depth whole-genome sequencing of multiple tissues from three individuals. They identified hundreds of somatic single-nucleotide variants, which they used as endogenous barcodes in single cells to reconstruct early embryonic cell divisions and reveal progenitor cells’ trajectories into tissues, germ layers, and organs. The work suggests that an embryo changes from a single-layer blastula to a multi-layered gastrula with a pool of about 170 cells. Read more in Science.

Better biomarkers for a viral disease in children

Two ways to find a target

Transposons are DNA sequences with associated proteins — transposases — that allow the DNA to be "cut and pasted" into other places. Some transposons have co-opted CRISPR-Cas components, creating CRISPR-associated transposon (CAST) systems. While these systems use CRISPR RNAs to target specific sites for insertion, they are, curiously, not found in the areas targeted by their associated CRISPR arrays. In Cell, Makoto Saito, Alim Ladha, Jonathan Strecker, Guilhem Faure, core institute member Feng Zhang, and colleagues describe two distinct modes of homing transposition among CASTs: those facilitated by a specialized guide RNA and those facilitated by dedicated homing proteins. These observations highlight the diversity of transposon systems. 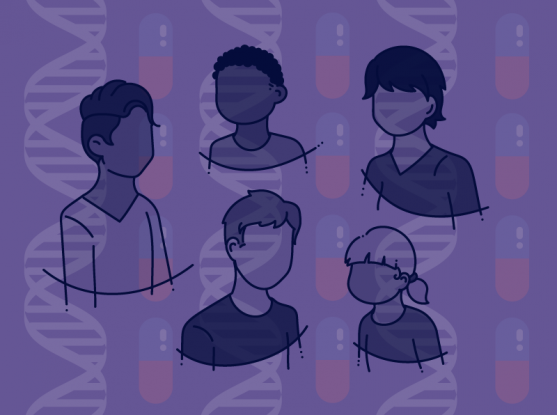