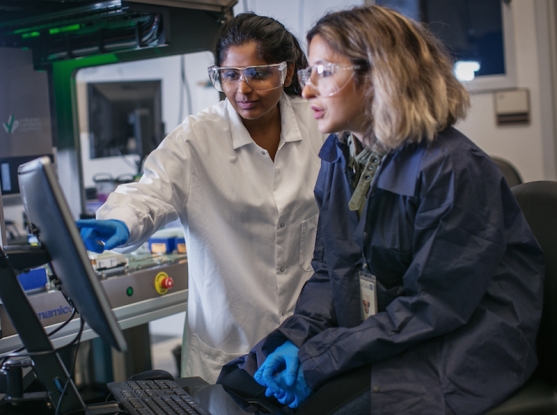 This week: a new angle on an old oncogene, rare variants in common disorders, and molecular hijacking fuels a rare cancer.

Welcome to the June 1, 2018 installment of Research Roundup, a recurring snapshot of recent studies published by scientists at the Broad Institute and their collaborators.

There is more than one way to be an oncogene

KRAS is one of the most commonly mutated genes in cancer. But as Broad associate member and Dana-Farber Cancer Institute oncologist Adam Bass and colleagues (including associate member Rameen Beroukhim and institute scientist and Proteomics Platform director Steven Carr) pointed out in this week's Nature Medicine, KRAS does not have to be mutated to cause havoc. Using data from The Cancer Genome Atlas, Bass and his colleagues found KRAS amplification — where the gene is normal but copied over and over — to be surprisingly common among esophageal, stomach, and ovarian cancers. They also hit upon a two-pronged approach for stemming KRAS-amplified cells' growth. Learn more in a Broad news story.

These variants are in rare form

The impact of rare DNA changes that impair gene function, aka “protein truncating variants” (PTVs), on common disease has been unclear. Broad institute member Benjamin Neale and Andrea Ganna in the Program in Medical and Population Genetics led the largest exome sequencing project to date on more than 100,000 people, focusing on genes that are effectively broken by rare, and likely pathogenic, PTVs. Reporting in American Journal of Human Genetics, they found that the variants raised risk for autism, schizophrenia, bipolar disorder, intellectual disability, ADHD, and reduced height. The variants are also associated with hospitalizations and overall mortality, suggesting a detrimental health impact that might be relevant for future applications in clinical genomics.

The fusion oncoprotein SS18-SSX — a cancer-driving protein produced when two genes (in this case, SS18 and either SSX1 or SSX2) swap locations in the genome and become one — is found in nearly every case of synovial sarcoma, an aggressive soft-tissue cancer. In a study in Cancer Cell, Matthew McBride, John Pulice, institute member and Epigenomics Program co-director Cigall Kadoch, and colleagues closely investigated the oncoprotein’s role in cancer development. They found that SS18-SSX essentially hijacks BAF complexes: groups of proteins found in the cell's nucleus that help orchestrate gene regulation related to cell and tissue development. The oncoprotein reroutes these complexes, directing them to sites on the genome they not would normally target, ultimately resulting in unchecked cell growth. This retargeting could be a focal point for new, previously unappreciated therapeutic opportunities for synovial sarcoma. 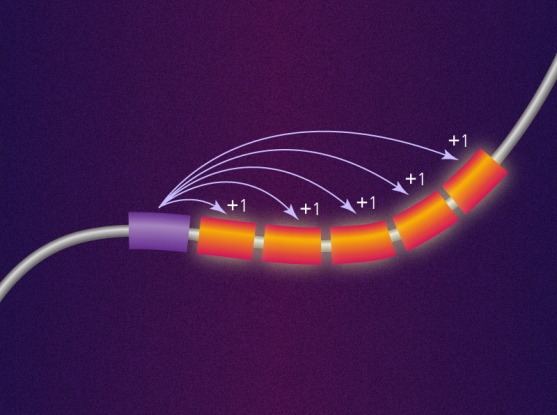 Looking beyond mutations, researchers take a new approach to an old oncogene