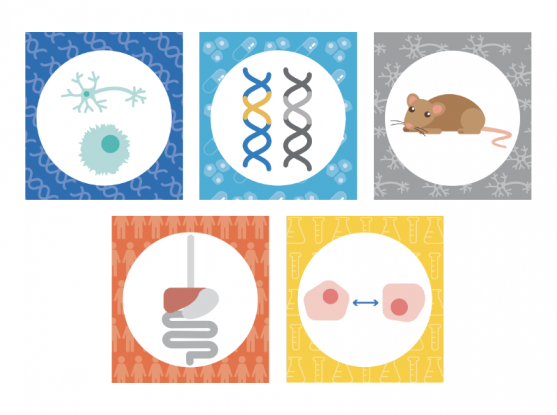 Welcome to the December 18, 2020 installment of Research Roundup, a recurring snapshot of recent studies published by scientists at the Broad Institute and their collaborators.

The nervous and immune systems have long been studied as separate entities in the body, but graduate student Carly Ziegler, institute member Alex Shalek (MIT), and colleagues have uncovered a direct cellular interaction between the two: pain-sensing neurons that innervate lymph nodes in mice and modulate their activity. They found that only a handful of the thousands of sensory cells in the spinal cord’s dorsal root ganglion contribute to this coupling in a single lymph node. The neurons responded to changes in the lymph node and when activated, led to gene expression changes in lymph node cells. Read more in Cell and a Broad story.

Cancer cells that lose critical genes often rely on paralogs — genes with common genetic ancestry and similar functions — to maintain essential pathways. In Cell Reports, Jasper Neggers, Brent Paolella, institute scientist Francisca Vazquez, associate member Andrew Aguirre (DFCI), and others on the Broad Cancer Program's Cancer Dependency Map team reveal that one-third of all cancers may depend on the paralogs VPS4A or VPS4B. Cell lines lacking the SMAD4 or CDH1 tumor suppressor genes often also lose one of these paralogs, leaving them dependent on the other. Approaches that target the remaining paralog may hold promise for therapeutic development. Learn more in a Broad story and a video with Neggers and Paolella.

Compared to most other common diseases, few genetic variants have been identified for liver cirrhosis risk via genome-wide association studies (GWAS). Connor Emdin, Amit Khera the associate director of the Program in Medical and Population Genetics, and colleagues used a multi-trait GWAS — a technique developed at the Broad by Patrick Turley and colleagues — to identify 12 genetic variants that affect cirrhosis. The authors constructed a polygenic score based on the information gathered from all 12 variants. Those with the highest scores had more than three-fold increased risk of cirrhosis, with risk markedly higher in the context of obesity or increased alcohol intake due to a gene-environment interaction. Learn more in Gastroenterology and this tweetorial.

Endoplasmic reticulum (ER) stress in liver cells plays a key role in the network of stress signals that lead to the development of insulin resistance and diabetes. Even though the mechanistic basis of ER stress has been studied at the cellular and molecular levels, there is limited understanding of the potential role of cell-cell communication and coordination of responses at the tissue and organ level. Using cell culture and mouse models, associate member Gökhan Hotamisligil of the Metabolism Program, Amir Tirosh (HSPH), and colleagues discovered that in obesity, a protein Cx43 allows ER stress signals to disseminate between cells in the liver, leading to fatty liver disease and metabolic alterations. Read more in Cell Metabolism.

Myelin, an insulating sheath around nerve cells that enables electrical impulses to transmit efficiently, is a fundamental structure in the vertebrate nervous system. This tissue can be remodeled over time and in response to neuronal activity, but it is unclear whether these dynamics vary between types of neurons. A team led by Sung Min Yang (Harvard), Elly Nedivi (MIT), and institute member Paola Arlotta in the Stanley Center for Psychiatric Research imaged myelin sheaths in neurons from the adult mouse visual cortex under multiple conditions. The data indicate that distinct classes of neurons tune their myelin remodeling in different ways in response to sensory experience. Learn more in Science. 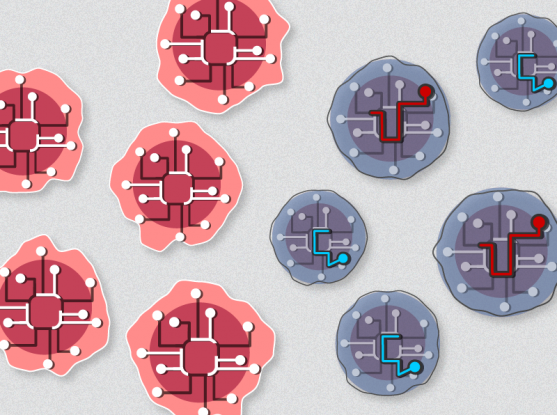