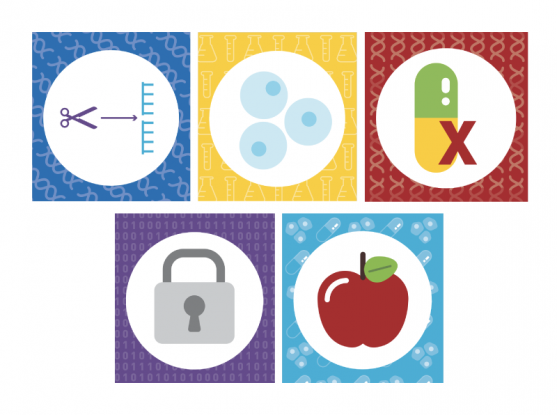 Welcome to the August 27, 2021 installment of Research Roundup, a recurring snapshot of recent studies published by scientists at the Broad Institute and their collaborators.

Evolution of an antibiotic nightmare

Mycobacterium abscessus (MAB) is an emerging pathogen of increasing clinical importance. Labeled an “antibiotic nightmare”, MAB displays both innate and acquired antibiotic resistance. A study in Nature Communications, led by Ryan Bronson together with Ashlee Earl of the Infectious Disease and Microbiome Program, Abigail Manson, Keira Cohen (Johns Hopkins), and colleagues, examines 1,279 whole MAB genomes from both patients with cystic fibrosis (CF) and patients without it, in whom it is not studied as well. The work points to evolutionary events involving antibiotic resistance and indicates that the global spread of MAB is not limited to CF patients, which could inform infection control measures and treatment strategies.

Human pluripotent stem cells (hPSCs) are useful in drug discovery and cell-based therapy development. But as cells are grown in the lab, the long non-coding RNA XIST is repressed, leading to inappropriate expression of X-linked genes and improper cell differentiation. In a study of this process, known as “erosion” of dosage compensation, Atsushi Fukuda, institute member Kevin Eggan (on leave), and others in the Stanley Center for Psychiatric Research find that the de novo DNA methyltransferases DNMT3A/3B are necessary for XIST silencing and are primary factors responsible for initiating erosion of dosage compensation in female hPSCs. Read more in Stem Cell Reports.

Jordi Merino, Hassan Dashti, co-director of the Metabolism Program and institute member Jose Florez, associate member Richa Saxena of the Program in Medical and Population Genetics, and collaborators conducted a genome-wide association study and examined the food consumption of 282,271 participants. The team identified 26 genetic regions associated with an increased preference for foods containing more fat, protein, or carbohydrate, and these regions were enriched for genes expressed in the brain. They also found that two main groups of genetic variants were differently associated with obesity and coronary artery disease. The researchers hope that the findings, described in Nature Human Behaviour, will provide new avenues for the prevention and treatment of complex metabolic diseases. Read more in this MGH press release.

A deep dive into hemoglobin regulation

Researchers have been dissecting the genetic mechanisms controlling fetal hemoglobin (HbF) production for decades, as HbF activation could be one route to treating sickle cell disease and beta-thalassemia. However, they've lacked a way to model specific mutations alone or in combination in human blood stem cells so as to probe their individual and aggregate effects. Yong Shen, associate member Vijay Sankaran of the Program in Medical and Population Genetics, and colleagues have developed a single-cell functional CRISPR assay that allows scientists to carry out single and multiple perturbations and see how they contribute to HbF production. Learn about their unified view of HbF regulation in Nature Communications.