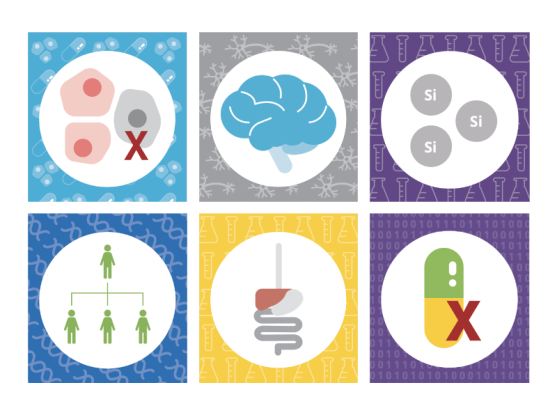 Welcome to the April 25, 2022 installment of Research Roundup, a recurring snapshot of recent studies published by scientists at the Broad Institute and their collaborators.

Ionophores transport ions across biological membranes and have diverse applications in basic research, agriculture, and medicine. For example, ZnII ionophores are widely used as antimicrobial agents. Irrespective of their many applications, a platform for rational design and rapid development of ionophores does not exist. Kei Yamada, Arghya Deb, associate member Amit Choudhary of the Chemical Biology and Therapeutics Science Program, and colleagues report a silicon-based platform to rationally convert metal chelators to ionophores. Using this platform they developed ZnII ionophores that show better antibacterial activity and less mammalian cell toxicity. Learn more in Angewandte Chemie and a Choudhary lab tweetorial.

Phosphate is an essential nutrient for life, but until now, perturbing phosphate homeostasis has not been studied as a potential cancer therapy. Using the DepMap, Daniel Bondeson, Brent Paolella, Francisca Vazquez, institute director Todd Golub, and colleagues found that ovarian and uterine cancer cells are dependent on XPR1, a phosphate exporter protein, because they express high levels of SLC34A2, a phosphate importer. In Nature Cancer, the team reports that inhibiting XPR1, such as with a viral receptor binding domain protein XRBD, kills the cells, suggesting that the phosphate accumulation itself is toxic. Learn more in Bondeson’s tweetorial and a Broad news story.

Oxidative stress and damaged nucleotides occur in Alzeheimer’s disease (AD), but it is unclear whether these nucleotides persist as DNA mutations, are eliminated by repair processes, or contribute to cellular dysfunction. In Nature, Michael Miller, August Huang, associate member Christopher Walsh of the Program in Medical and Population Genetics, and colleagues applied single-cell whole-genome sequencing to neurons from the hippocampus and prefrontal cortex of AD patients and neurotypical controls. They found that excitatory neurons in AD patients accumulate genomic damage — likely predominantly as double-stranded mutations — beyond the rate of normal aging, and that the somatic changes progressively impair neural function. Read more in a tweetorial by Miller and news releases from Brigham and Women’s Hospital and Boston Children’s Hospital.

Plasmodium vivax parasites, which cause malaria, can linger in the human liver for weeks to years, but little is known about their molecular features and host cell dependence. In Cell Host & Microbe, Liliana Mancio-Silva (MIT), Nil Gural (MIT), institute member Alex Shalek of the Klarman Cell Observatory, institute member Sangeeta Bhatia of the Cancer Program, and others cultured the parasites and analyzed the pathogen, host cells, and their interactions at single-cell resolution. The study suggests earlier-than-expected sexual commitment during P. vivax liver-stage development in both replicative and non-replicative parasites, potentially surfacing novel therapeutic strategies. Infection also appears to dysregulate the interferon pathway and the inflammatory signaling pathways selectively in infected cells. This approach offers a unique window into host-pathogen interactions.

Bacteria that cause infections in hospitals are increasingly becoming resistant to antibiotics. In Genome Medicine, Rauf Salamzade, Ashlee Earl, and others from the Bacterial Genomics group investigated how resistance to carbapenems can spread among Enterobacterales bacteria. They developed a new computational method for analyzing the plasmid DNA on either side of a gene of interest. By analyzing samples from patients at four hospitals, the team tracked the movement of key genes across different carbapenem-resistant Enterobacterales species over time and space, revealing many more connections between patient infections within hospitals than expected based on standard methods. Read more in a Broad news story.

Across biomedicine, institutions are questioning the use of race as a variable in research. A commonly proposed solution is to use the concept of "genetic ancestry" instead. A team led by Anna Lewis (Harvard), institute member Ben Neale, Danielle Allen (Harvard), and collaborators now argues in Science that the use of continental-based genetic ancestry categories continues to perpetuate the problem and represents an oversimplified and inaccurate view of human demographic history. The team advocates for the development, operationalization, and widespread use of a more complex notion of ancestry. Read more in a tweetorial from Lewis and a news release from the journal. 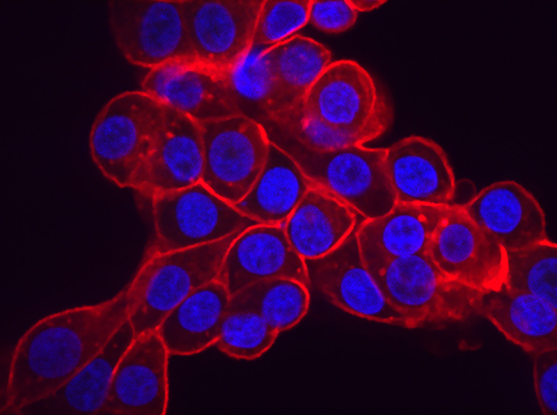 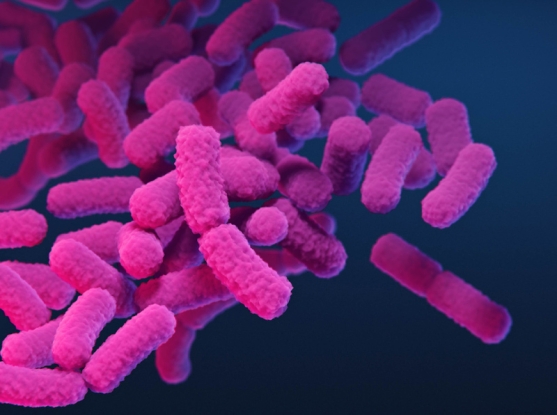