Repeated urinary tract infections may stem from a disrupted microbiome 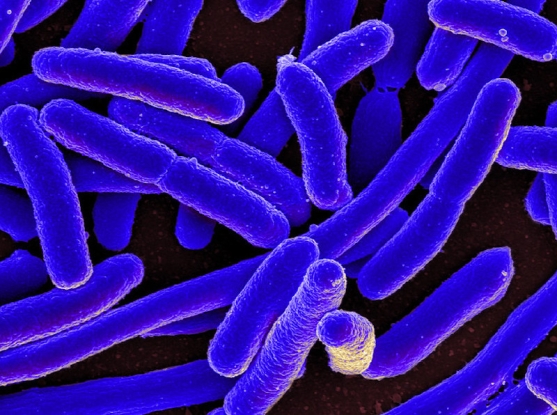 Broad researchers discover that changes in immune responses and the gut microbial community could underlie repeated occurrences of these common infections.

Urinary tract infections (UTIs) are common among females, with a quarter of UTI sufferers experiencing repeated infections. Researchers have thought that higher levels of E. coli bacteria in the intestines of some people may be contributing to recurrent UTIs, but a new study led by scientists at the Broad Institute of MIT and Harvard and Washington University School of Medicine in St. Louis points to other possible causes, including different immune system responses and imbalances in the gut’s microbial makeup, or the microbiome.

Colin Worby, a Broad computational scientist, Ashlee Earl, an institute scientist and senior group leader of the Broad’s Bacterial Genomics group, and other Broad researchers, including Tim Straub and Lucas van Dijk, collaborated with Scott Hultgren, a Washington University professor of molecular microbiology, and colleagues at Washington University and other institutions to look for differences in E. coli abundance and persistence in patients with and without recurrent UTIs. They found that patients with recurrent UTIs and healthy controls experienced gut-to-bladder transmission of bacteria at similar levels, and that the E. coli strains were genetically similar between both groups. However, people with recurrent UTIs had lower levels of key bacteria in the gut and showed signs of increased inflammation. The team also found that commonly used antibiotics for UTIs did not permanently clear any of the UTI-causing bacterial strains in the recurrent UTI group.

“Our study clearly demonstrates that antibiotics do not prevent future infections or clear UTI-causing strains from the gut,” said Worby, first author of the study, published today in Nature Microbiology. “And they may even make recurrence more likely by keeping the microbiome in a disrupted state.”

The team analyzed the stool samples to learn about the microbial composition in the patients’ guts, and studied the gene expression patterns from blood samples collected from participants. They found key differences between the two groups of people.

Patients with repeat infections showed decreased diversity of gut microbial species, and in particular, elevated levels of Bacteroidetes, and a lower relative abundance of Firmicutes. These patients also had less bacteria that produce short-chain fatty acids, which have anti-inflammatory effects on the gut.

These differences in gut microbial makeup have been previously linked to other immunological syndromes, so the team investigated whether these shifts in the microbial community could be contributing to changes in immune responses to infection. Analysis of the patients’ blood samples revealed that participants with repeated infections had higher levels of a signaling protein linked to intestinal inflammation, called eotaxin-1, than control subjects at the start of the study, and these levels increased even more when the patients experienced another infection The findings highlight the potential role of the gut microbiome in modulating the immune system in people with recurrent UTIs.

The team hopes their work will lead to better treatments for rUTIs that don’t disrupt the microbiome. Many antibiotics — currently the main form of treatment — kill gut bacteria that help maintain gut health, reducing the overall diversity of the intestinal microbiome. The researchers say this can create a cyclical pattern in which patients who are treated for recurrent UTIs with repeated courses of antibiotics become more likely to experience a future UTI.

“Effective treatment is urgently needed to limit the impact of UTIs, while also avoiding the widespread use of antibiotics associated with these infections,” said Worby. “Our study highlights the potential for non-antibiotic treatments that aim to restore or maintain a healthy microbiome.”

Worby and Earl suggest that new non-antibiotic treatments should focus on restoring a healthy gut microbiome, and may include fecal transplants to re-seed bacteria into the gut. This approach has been successful in treating an intestinal infection caused by C. difficile bacteria. Another potentially beneficial treatment currently in development specifically targets only pathogenic E. coli.

“I think what's really exciting about our interdisciplinary collaboration is the prospect of being able to take the hypotheses that we generated based on these human cohort studies, and test them in mouse models,” said Earl, senior author on the paper. “We could really go full circle from observations to discovery to a potential mechanism.”