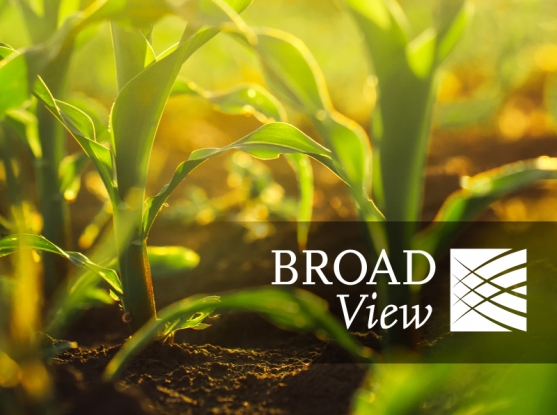 The Broad Institute of MIT and Harvard announced an agreement that removes a major roadblock that had threatened to limit the potential of CRISPR-Cas9 genome editing to dramatically advance agriculture.

Today the Broad Institute of MIT and Harvard announced an agreement that removes a major roadblock that had threatened to limit the potential of CRISPR-Cas9 genome editing to dramatically advance agriculture.

As outlined in our press release, Broad and DuPont Pioneer have agreed to create a joint licensing framework for the use of CRISPR-Cas9 technology in agriculture. Specifically, we’ve agreed to jointly provide non-exclusive licenses to intellectual property for use in commercial agricultural research and product development. Just as important, all of the intellectual property will be freely available for academic research. The goal is to ensure that scientists in both academia and industry will be able to use CRISPR-Cas9 technology to explore new ways to lift crop yields, improve drought resistance, and reduce reliance on pesticides.

What made this possible?

It worked because the two organizations that controlled the licensing of much of the foundational CRISPR-Cas9 intellectual property for use in agriculture decided to work together to make these tools available non-exclusively.

When Pioneer approached the Broad about gaining access to Broad’s IP, the two organizations came up with a creative solution: (i) Broad would provide Pioneer with a non-exclusive license to Broad’s IP, and (ii) Pioneer would join Broad in providing non-exclusive licenses to the IP it controlled, as well as making the IP freely available to academic and non-profit researchers.

Notably, the joint license adheres to the Broad Institute’s ethical restrictions for agricultural use, which prohibit using CRISPR for gene drive, sterile seeds, or tobacco products for human use.

This resolves a licensing roadblock that had threatened to limit the potential of CRISPR-Cas9 in agriculture.

There remain, of course, roadblocks in other fields of CRISPR use.

For all commercial research, Broad offers licenses non-exclusively. However, not all IP-holders do so.

For use to develop human therapeutics, Broad decided to grant a license with exclusivity limited by an Inclusive Innovation model, because we judged that some exclusivity would be needed to incent the large investments needed to develop CRISPR technology to the point that it could be used to create medicines to benefit patients.

In July, Broad applied to join a worldwide patent pool, run by an independent third party, in an effort to help coordinate licenses with others.

Our hope is that more organizations will come together in meaningful ways to remove roadblocks and benefit the public.