Raising HDL not a sure route to countering heart disease 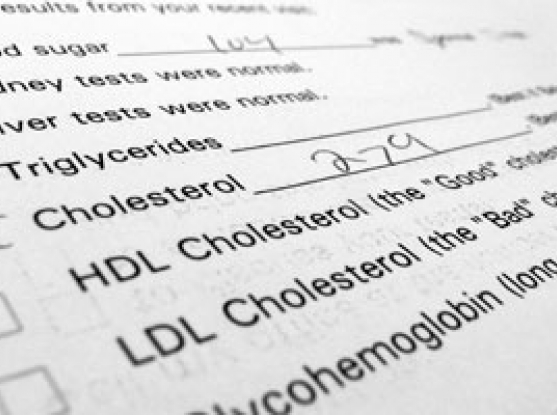 A new paper published online in The Lancet challenges the assumption that raising a person’s HDL — the so-called “good cholesterol” — will necessarily lower the risk of a heart attack. The new research underscores the value of using genetic approaches to test biological hypotheses about human disease prior to developing specific drugs. A team led by researchers from the Broad Institute and Massachusetts General Hospital (MGH) explored naturally occurring genetic variations in humans to test the connection between HDL levels and heart attack. By studying the genes of roughly 170,000 individuals, the team discovered that, when examined together, the 15 HDL-raising variants they tested do not reduce the risk of heart attack.

“It’s been assumed that if a patient, or group of patients, did something to cause their HDL levels to go up, then you can safely assume that their risk of heart attack will go down,” said senior author Sekar Kathiresan, director of preventive cardiology at MGH, associate professor of medicine at Harvard Medical School, and an associate member of the Broad Institute. “This work fundamentally questions that.”

Each of the variants Kathiresan and his colleagues studied reflects potentially distinct ways the body might raise HDL. The findings raise significant questions about whether developing drugs against the genes explored in this study, which involves an international team of investigators to bring together patient samples, will prove effective in lowering heart attack risk across the population.

“Our study highlights the value of human genetic information in understanding disease biology prior to developing and testing drugs in the clinic,” said co-author David Altshuler, director of the Program in Medical and Population Genetics at the Broad Institute and a Harvard Medical School professor at MGH. “This kind of research is not about personalized prediction — rather, it’s about testing mechanisms and therapeutic hypotheses before drug discovery.”

In the blood, cholesterol is carried by particles called lipoproteins, which come in different sizes and densities. These include HDL, or high-density lipoprotein, and LDL, or low-density lipoprotein. There is a well-studied connection between elevated LDL, often called the “bad cholesterol,” and heart attack. Decades of research, including studies of genetic disorders in humans and the discovery of the LDL receptor and its role in cholesterol regulation, paved the way for the development of life-saving drugs known as statins. This work showed beyond any reasonable doubt that many different methods of reducing a person’s LDL levels lower the risk of heart disease.

Large-scale studies of genetic variation tied to LDL have been revealing, but the data on HDL are not so clear. More than 30 years ago, human epidemiological studies first revealed an association between HDL and risk for heart attack: the higher the levels, the lower the risk. Experiments in cells and mice further support the idea and suggest that HDL is protective because it may remove cholesterol from the sites where it can do damage.

However, it has been difficult for researchers to prove conclusively that raising HDL levels is beneficial, primarily for two reasons. First, studies of human genetic diseases where individuals have very low HDL levels have not yielded definitive answers as to the impact on heart attack. And second, because there are currently no drugs that specifically elevate HDL levels, it has been difficult to prove in humans that such an intervention will lower heart attack risk.

“There are many biomarkers measurable in the blood that track with disease but only a very small number are actually causal and directly participate,” said first author Benjamin Voight, who since completing this work has left the Broad and MGH for a position as an assistant professor at University of Pennsylvania. “The reason you want to distinguish between causal and non-causal biomarkers is because of the implications for therapy.”

To investigate, Kathiresan teamed up with colleagues from MGH, the Broad Institute, and beyond, including Voight and co-first author Gina Peloso. Together, the researchers looked to the human genome for help.

Individuals typically carry two copies of each gene in the genome; which copy a child will inherit from each parent is essentially a random decision, like flipping a coin. This phenomenon, sometimes called “Mendelian randomization,” provides a powerful means of testing connections between genes, biomarkers, and disease — similar to the way that randomized controlled clinical trials can evaluate the effectiveness of new drugs.

Using this technique, researchers study two groups of people — those who carry a particular gene variant, and those who do not. When sufficiently large groups are studied, both groups should be similar in every factor, except for the specific gene variant or biomarker of interest, allowing researchers to home in on whether the biomarker actually causes a particular trait or condition. By harnessing this method, Kathiresan and his team tested whether certain genetic variants that can dial up a person’s HDL levels impact the chances of developing heart attack.

What they found was surprising. Individuals who carried a particular variation in a gene called endothelial lipase had HDL levels that were elevated about 6mg/dl, or 10% — a change expected to decrease heart attack risk by about 13%. However, these individuals showed no difference in their risk of heart disease compared to people without the variant.

Similarly, the researchers identified a panel comprised of not just one but 14 different HDL-raising variants. They devised a scoring system based on the total number of copies of the gene variants a person carries — ranging from 0 to 28 — and then asked whether that score relates to the risk of heart attack. Here also they uncovered no association.

Kathiresan emphasizes that these results do not diminish the value of HDL levels as a predictor — a so-called biomarker — that can help estimate the likelihood of a person going on to develop heart attack. “We know that HDL is a great biomarker — it’s quite useful in identifying individuals at higher risk of having a heart attack in the future,” said Kathiresan. “But we have shown that you cannot assume that raising HDL by any mechanism will help patients. Perhaps other mechanisms exist that can lower risk, but we will need to keep searching for them.”

“It takes a decade or more, and costs up to hundreds of millions of dollars, to discover a drug and carry out clinical trials. And yet, the vast majority of such clinical trials fail due to lack of efficacy or toxicities,” said Altshuler. “Human genetics offers a valuable approach to evaluating the underlying therapeutic hypothesis prior to spending so much time and money on drug discovery, hopefully allowing the industry to focus resources on hypotheses that are most likely to prove safe and effective in patients.”

This work was funded by the National Institutes of Health, The Wellcome Trust, European Union, British Heart Foundation and the German Federal Ministry of Education and Research.