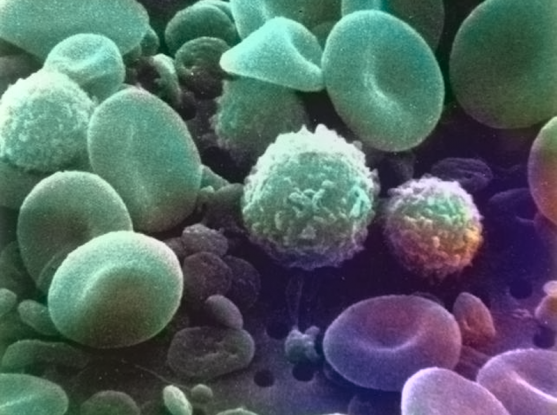 By matching cells' growth trajectories to their genetic features, a team finds CLL cells' arc of growth is written into their genes early in disease development.

In patients with chronic lymphocytic leukemia (CLL), the rate of disease growth is apt to follow one of three trajectories: relentlessly upward, steadily level, or something in between, scientists at Dana-Farber Cancer Institute, the Broad Institute of MIT and Harvard, Massachusetts General Hospital (MGH), and the University of Washington report in a new study. The particular course the disease takes is tightly linked to the genetic make-up of the cancer cells, particularly the number of growth-spurring “driver” mutations they contain.

The study, published online today by the journal Nature, contains a further insight: genetic changes that occur very early in CLL development exert a powerful influence on the growth pattern the CLL cells will ultimately take. This raises the possibility that physicians may one day be able to predict the course of the disease by its molecular features at the time of diagnosis.

“Our findings provide a framework not only for understanding the differing patterns of CLL growth in patients but also for exploring the basic biological mechanisms that underlie these differences,” said Broad institute member Catherine Wu of Dana-Farber and Brigham and Women’s Hospital, and study co-senior author along with Gad Getz of the Broad Institute and MGH.

“Ultimately, we’d like to be able to tie the genotype of the disease – the particular genetic abnormalities in a patient’s cancer cells – to its phenotype, or how the cancer actually behaves,” remarked Getz, who is also a Broad institute member and who leads the Broad Cancer Program's Cancer Genome Computational Analysis (CGCA) group.

CLL is a useful model for studying the pace of cancer growth because it progresses at widely different rates from one patient to another, Wu explained. In many patients, it persists at a very low level for many years before advancing to the point where treatment is necessary. In others, it progresses so rapidly that treatment is required shortly after diagnosis.

To see if there were different patterns of CLL growth among patients, researchers drew on data from 107 patients diagnosed with the disease. Beginning at diagnosis, each patient underwent periodic blood tests to track disease progress over the succeeding months and years, and continued until the disease reached a stage where treatment would begin. Each test consisted of a white blood cell count, which served as a proxy measure of CLL: the greater the number of white cells within a blood sample, the greater the burden of the disease. The tests were conducted over a period ranging from two years in one patient to 19 years in another.

The serial testing allowed researchers to calculate growth rates over time for CLL in each patient. They used a statistical model to determine if the rates were consistent with various patterns of cancer growth. “We found that some cases of CLL show exponential growth, in which it expands without any apparent limit, while other cases show ‘logistic’ growth, in which it plateaus at a fairly consistent level,” said study co-lead author Ivana Bozic of the University of Washington. Cases that did not fit either category were classified as indeterminate.

To explore whether genetic differences were at the root of these divergent growth patterns, the researchers performed whole-exome sequencing on several CLL samples collected from each patient prior to receiving therapy. (Whole-exome sequencing provides a letter-by-letter readout of the regions of DNA that are translated into cell proteins.) They found that exponentially growing CLL typically carried a large number of driver mutations – mutations that confer a competitive advantage in growth – and quickly reached the stage where treatment was called for. In contrast, logistically growing CLL had fewer genetic alterations, had fewer types of alterations, and progressed relatively slowly towards the level that requires treatment. Seventy-five percent of patients with exponential growth eventually warranted treatment; by comparison, 21 percent of those with logistic growth and 67 percent of those with indeterminate growth eventually required treatment.

By analyzing patients’ serial blood samples collected over a period of time, researchers found that exponential CLL not only grows faster but also evolves faster, spinning off new subtypes of cancer cells, each with a particular set of genetic abnormalities. Whole-exome sequencing revealed that exponential CLL is marked by a great variety of tumor cell types and subtypes, while logistic CLL is marked by a relatively less diverse collection of tumor cells.

The information from whole-exome sequencing further enabled researchers to discover the growth rates of those subpopulations of cells within each patient’s leukemia that could be identified on the basis of a subset of mutations, some of them so-called drivers. These measurements clearly revealed that many of the mutations highly suspected as being centrally involved in CLL growth did in fact provide subpopulations containing these mutations with preferential growth acceleration as compared to populations lacking these putative drivers. These studies further indicate that the eventual course of CLL growth is inscribed in the genes of tumor cells early in the disease’s development. “If the course of the disease isn’t altered by therapeutic treatment, the rate and pattern of CLL growth over time seems to ‘play out’ according to a predetermined set of genetic instructions,” Wu remarked.

“The discovery that CLL growth accelerates in the presence of large numbers of driver mutations is compelling evidence that these mutations do, in fact, confer a growth advantage to cells – that they truly do ‘drive’ the disease,” added co-lead author Michaela Gruber of Dana-Farber, the Broad Institute, and the Medical University of Vienna.

Joining Gruber and Bozic as co-lead authors are Ignaty Leshchiner and Dimitri Livitz of the CGCA, who together with Bozic developed methods to jointly model possible phylogenetic relationships of cancer cell populations (i.e, a description of each subpopulation’s history and relationships to each other during the evolution of the cancer) and integrate growth rates with subclone-specific genetic information. “It is important to model all probable parent-child relationships of subclones to correctly attribute differences in growth rates to driver mutations,” said Leshchiner.

“Combining clinical data with computational and mathematical modeling, we show that the growth of many CLLs follows specific mathematical equations – exponential and logistic – each associated with distinct underlying genetics and clinical outcomes. Integrating tumor burden and whole-exome sequencing data allowed us to quantify the growth rates of different tumor subpopulations in individual CLLs, methodology that could potentially inform personalized therapy in the future,” Bozic summarized.

The study was supported by the National Cancer Institute; the CLL Global Research Foundation, the National Heart, Lung, and Blood Institute, a Marie-Curie International Outgoing Fellowship from the European Union, and the Leukemia and Lymphoma Society. 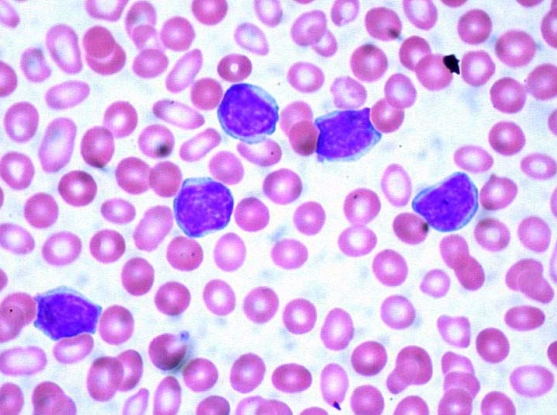 From a quiet genome, a new cancer gene emerges