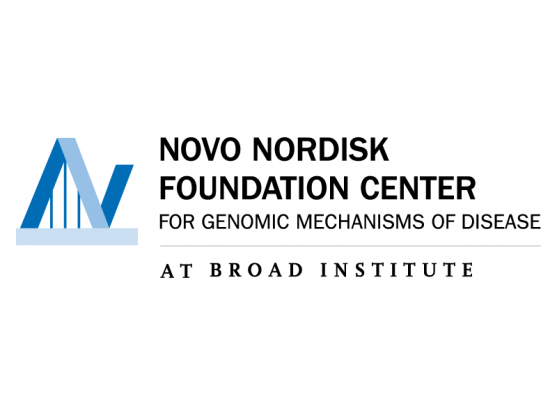 Supported by a $47.5 million commitment from the Foundation, the Center will facilitate close collaborations between the Broad Institute and Danish researchers investigating the genetics and gene regulation of common complex disease, with an initial focus on type 2 diabetes and obesity

Based at the Broad Institute in Cambridge, MA, and supported by a grant of up to $47.5 million from the Foundation, the Center will generate systematic datasets that will help researchers around the world understand how human genetic variants affect risk for common complex diseases. All datasets will be shared freely with the research community. A key activity of the Center is to launch and facilitate close collaborations between the Broad Institute and researchers at Danish universities, with initial focus on understanding type 2 diabetes and obesity and mapping human gene regulation. The Center will align with existing international efforts, sharing data, methodology, and tools to contribute to the roadmap of the International Common Disease Alliance, and working in common cause with investigators from other large-scale efforts such as the Accelerating Medicines Partnership in Common Metabolic Diseases and the Impact of Genomic Variation on Function consortia.

The research collaboration of the Center aims to advance patient-centered research and precision medicine. The Center will establish an exchange program to provide opportunities for Danish scientists to study genomic technologies at the Broad Institute. In turn, these collaborations will catalyze and contribute to expanding biomedical research in Denmark.

“With its leading universities and hospitals, Boston is renowned as an international epicenter for biomedical research and innovation—and the Broad Institute has earned a reputation of being a key nexus in this rich ecosystem,” said Niels-Henrik von-Holstein-Rathlou, senior vice president, biomedicine and health sciences, the Novo Nordisk Foundation. “By establishing this new center with the Broad Institute, we seek to help drive global research in health for the benefit of many.”

“Starting with our roots in the Human Genome Project, the Broad community has long believed that international collaboration is critical to advancing our knowledge of human disease and getting benefits more quickly to patients,” said Todd Golub, director of the Broad Institute. “The Center for Genomic Mechanisms of Disease is a natural extension of our deep commitment to global collaborations but also our pursuit of foundational research.”

The new center will be directed by Broad Institute associate member Kasper Lage, who has also played an important role in the planning and development of the initiative since it was conceived in 2019.

“As someone who is both a Dane and a long-time member of the Broad Institute community, I am thrilled at the launch of this exciting new Center," said Lage, who is also an associate professor of surgery at Harvard Medical School; director of bioinformatics of the Massachusetts General Hospital Department of Surgery; and lead scientist at the Institute for Biological Psychiatry, Mental Health Services, Capital Region of Denmark. “This collaborative initiative will give the next generation of Danish scientists the opportunity to benefit from the Broad’s unique technology platforms as well as our expertise in genomic technologies, gene regulation, and data science. I am grateful for the tremendous vision of the Novo Nordisk Foundation for this new type of collaborative initiative and to everyone there who made this exciting partnership possible.”

Research will be carried out at the Broad Institute and at Danish institutions, with exchange of scientists and dedicated training programmes for Danish researchers.

The Center will also help nourish and develop the next generation of talented researchers. According to Juleen R. Zierath, executive director of the Novo Nordisk Foundation Center for Basic Metabolic Research at the University of Copenhagen, who will join the Steering Committee of the center at the Broad Institute, “We are thrilled by the possibility of Danish scientists training at this center, where they can access and learn from Broad’s leading scientific capabilities—importing new technologies and skills that will lead to new advances in precision medicine.”

Initially, the Novo Nordisk Foundation has committed itself for a five-year period (2021-2026), with the possibility of extending its support of the centre.