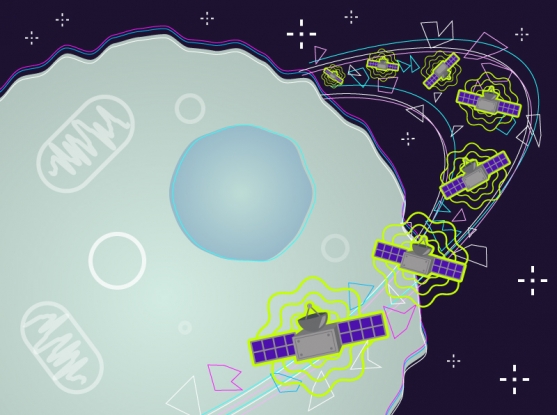 Microsatellites — long stretches of short DNA repeats, such as TCGTCGTCG or ACACAC over and over — are common throughout the genome, both within and outside of genes. Researchers have linked inherited insertion and deletion mutations (also called “indels”) in microsatellites to more than 40 inherited diseases, and clinical labs routinely test for spontaneous or acquired (a.k.a. somatic) indels in certain kinds of cancer. However, technical challenges have stymied efforts to use genome sequencing to systematically catalog cancer-relevant somatic microsatellite indel mutations.

In Nature Biotechnology, a team of researchers led by Yosef Maruvka and Gad Getz of the Broad Institute’s Cancer Genome Computational Analysis group and Massachusetts General Hospital’s Center for Cancer Research and Department of Pathology reveal two computational tools for detecting microsatellite indels in sequencing data from tumor cells. Dubbed MSMuTect and MSMutSig, the tools use statistical approaches to respectively a) identify microsatellite indels, and b) highlight genes harboring more of them than would be expected by chance.

In addition, the team found that with MSMuTect they could correctly classify tumors based on their level of microsatellite instability (that is, a tumor’s predisposition to developing microsatellite indels) — a feature of potential clinical importance.

MSMutTect and MSMutSig add to a large and still-growing sequence analysis toolkit developed by Getz and his colleagues for detecting and describing somatic mutations and other variations in cancer sequence data, including the original MutSig and MuTect (for characterizing point mutations), MutSigCV (which incorporates gene expression and other data to increase MutSig’s accuracy), ABSOLUTE (for measuring a tumor sample’s purity and looking for evidence of abnormal numbers of chromosomes), and GISTIC (for hunting down genomic regions with significant copy number alterations).

Support for this study came from the National Cancer Institute (grants U24CA143845 and U54CA193461) and other sources.