Slide-seq technique generates high-resolution maps of cellular relationships in tissues, without the need for a microscope

A new technique developed by scientists at the Broad Institute of MIT and Harvard gives an unprecedented view of the cellular organization of tissues. Known as Slide-seq, the method uses genetic sequencing to draw detailed, three-dimensional maps of tissues, revealing not only what cell types are present, but where they are located and what they are doing.

Because it does not require specialized imaging equipment, the technique can be employed by scientists across diverse fields of biology, genetics, and medicine who want to look at the cellular structure of tissues, or to observe where particular genes are active in a tissue, an organ, or even whole organisms. 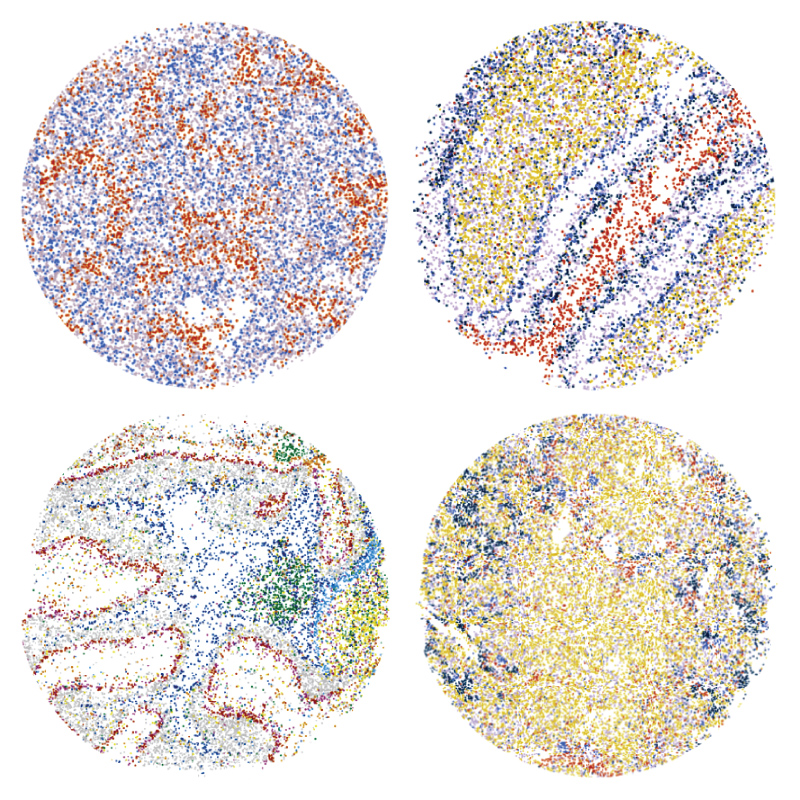 Such a platform offers unparalleled views of the cellular structure of tissues, the roles played by genes in different tissues, and the effects of injury or other perturbations on tissue, giving researchers rich maps of tissue function that have never before been possible.

The Slide-seq method was developed in the labs of Broad associate member Evan Macosko, also an assistant professor of psychiatry at Harvard, and Fei Chen, a Schmidt fellow at the Broad.

The work appears online in Science.

In the 19th century, neurobiologist Santiago Ramón y Cajal thrilled the scientific world with his detailed drawings of human tissue, demonstrating that the brain is made up of individual cells. The development of antibodies in the mid-20th century later allowed researchers to peek at proteins – a few at a time – in cells and tissue. In recent years, RNA sequencing has enabled scientists to identify which cell types are present in a tissue and which genes are turned on across the genome, but not where those cells are precisely located.

Slide-seq can be seen as the latest advance in this technological evolution. 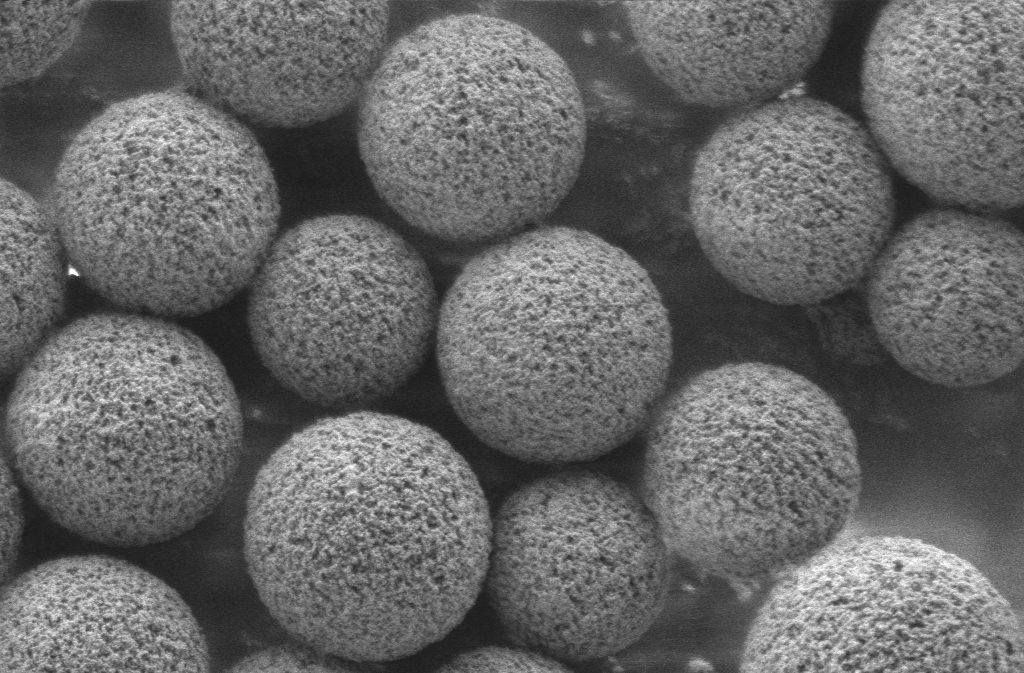 A highly magnified portion of a "puck" studded with 10-micrometer beads in a single layer.
Courtesy of the Macosko and Chen labs.

The technique begins with a rubber-coated glass slide, or “puck,” that is packed with microparticles, or “beads,” covered in unique DNA barcodes. The Broad team sequences each of those barcodes, generating data that later allows users to determine where the sequencing reads originated on the bead array.

“It’s like a cellular form of GPS,” said Robert Stickels, co-first author and a graduate student in the Macosko lab. “When we built this technology, we wanted to make it easy for our collaborators to use. We do all the imaging and array generation upfront, and give the arrays to the end user so they don’t need to have specialized expertise in microscopy.”

In a few hours of work with arrays provided by the Broad, researchers can transfer slices of fresh-frozen tissue onto the bead surface and dissolve the tissue, leaving mRNA transcripts bound to barcoded beads. The barcoded RNA library is then sequenced on commercial instruments. Software developed by the Broad team and provided to end users assigns locations to each sequencing read, which can be plotted to generate high-resolution maps of cell types or gene expression, with richer information than that of standard microscopy images.

To demonstrate the tool’s capabilities, the team used Slide-seq to localize cell types within the cerebellum and hippocampus in the mouse brain, highlighting detailed structures including a one-cell-thick layer of cells. Applying Slide-seq to slices of mouse cerebellum, the team revealed bands of gene activity variation across the tissue, patterns that indicate spatially defined subpopulations that were not discernable using traditional single-cell sequencing.

The team also showed that Slide-seq can be useful to test the effects of perturbations, using it to monitor the responses of specific cell types in a mouse model of traumatic brain injury. By filtering the data to show expression of individual genes, they found some genes turned on in neurons based on proximity to the injury even long after the injury occurred.

The researchers also demonstrated that stacking a series of tissue slices can reveal three-dimensional tissue organization and cellular function by generating an animated 3D reconstruction of mouse hippocampus, which can be customized to display different cell types or expression of individual genes.

“Single-cell RNA sequencing is really good at telling you what kind of cells are in your sample,” said co-first author Samuel Rodriques, an affiliate in the Chen lab and an MIT graduate student in the lab of Broad associate member Ed Boyden. “But Slide-seq is a fundamentally new tool that adds a whole different dimension by telling us where cells are in the tissue. We’re excited to work with collaborators in many fields to answer some novel scientific questions.”