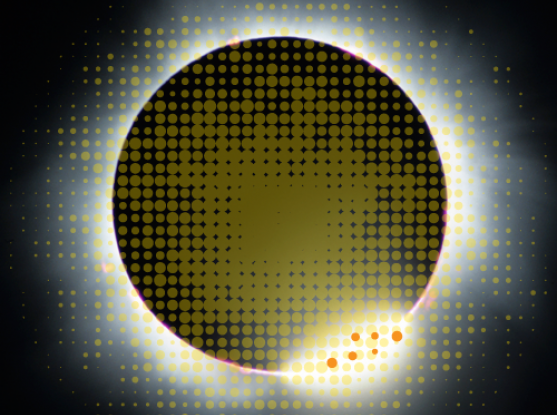 Cancer is a disease driven by genetic mutations. Melanoma, the deadliest form of skin cancer, displays the highest number of mutations, most of which bear the genetic signature of sun damage.

Recently, great strides have been made in melanoma research and treatment. Key mutations have been identified in the BRAF and NRAS genes, and a drug targeting BRAF in the 50 percent of patients whose tumors bear the BRAF mutation has stopped the cancer in its tracks – but only for a time. Most of these patients’ tumors eventually develop resistance to the BRAF inhibitor, adding urgency to the need to develop both complementary treatments and a deeper understanding of the disease.

The difficulty of decoding melanoma is magnified by the sheer abundance of mutations, a reflection of sun damage scattered across the genome. Not all of the DNA changes spurred by ultraviolet light lead to cancer. In fact, the telltale sun-induced change in the genetic code – when the nucleotide cytidine (or “C”) becomes thymidine (or “T”) – isn’t found in the vast majority of the notorious BRAF or NRAS mutations.

In response to this challenge, a team led by scientists at the Broad Institute devised a new method to mine the increasingly advanced sequencing analysis of melanoma. Working with collaborators from University of Texas MD Anderson Cancer Center to study tumors and matched normal tissue from 121 patients, they successfully reduced the “noise” of background mutations, isolating the signals of BRAF, NRAS, and four other known melanoma genes. Their approach also turned up six novel melanoma genes, three of which do carry recurrent mutations caused by the C to T substitution that is the hallmark of harmful sun exposure.

“We’ve attempted to clarify how best to look at mutations in melanoma and how to identify genes whose mutation likely drives cancer growth, even when they may be mutated at a lower frequency than many of the other genes,” said Eran Hodis, a computational biologist at the Broad, an MD-PhD student at Harvard Medical School and MIT, and co-first author of the paper, published July 20 in Cell.

Their method zeroed in not just on the parts of the genes called exons, which produce proteins and can potentially spur cancerous growth when altered. They also focused on introns, the parts in between exons. Mutations are littered across both exons and introns of a gene, but most mutations in introns are expected to be silent because they appear to make no difference in protein production or in cancer.

But for this study, those silent mutations played an important role: They functioned like a control group in a clinical trial, a standard against which exons’ non-silent mutations could be measured. The statistical analysis was able to discern the difference between genetic alterations that cause cancer to grow or spread – called “driver” mutations – and genetic changes that were just along for the ride – called “passenger” mutations.

“This approach picked up the major players in melanoma, giving us confidence in the test we were performing,” said co-first author Ian R. Watson, who was a visiting scientist at the Broad during the project and is now a postdoctoral fellow at the MD Anderson Cancer Center. “Determining what exact role these novel mutated genes play in melanoma will help us find targets to attack this disease to try to have an impact in the clinic.”

One of the most compelling new discoveries is the RAC1 mutation, found in 4% of melanomas and also in tumors with either BRAF or NRAS mutations. Other studies have implicated RAC1 in metastatic cancer. Melanoma is considered highly curable in its early stages, but once it has spread, or metastasized, the outlook is grimmer.

Like RAC1, the other five newly discovered genes – PPP6C, STK19, SNX31, TACC1, and ARID2 – occurred across the samples in the study. That makes them attractive targets for future therapies, Hodis said.

“One of the dreams of caring for cancer in the clinic is that you have targets in different pathways that don’t overlap. You can hit them at the same time and reduce the possibility that the cancer will overcome treatment,” he said. “The more you can figure out the completely independent vulnerabilities of that cancer, the better chance you have to treat that cancer.”

The authors are hopeful that their method will be improved by their colleagues in the Broad’s Cancer Genome Analysis Group and elsewhere, leading to new insights in other highly mutated cancers, such as lung and esophageal cancers.